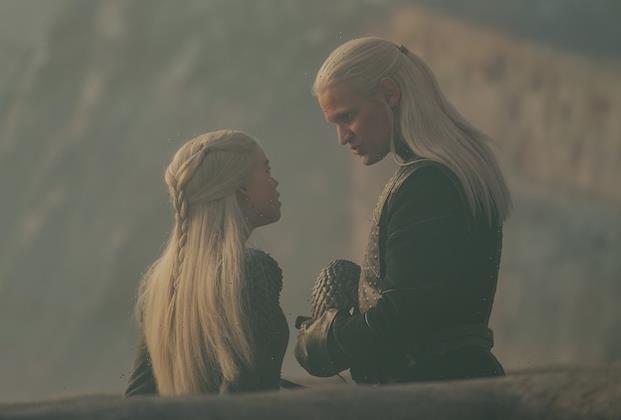 House of the Dragon opened its doors to even more people in Week 2, building on its record-setting premiere audience.

Episode 2 of the Game of Thrones prequel, titled “The Rogue Prince,” amassed 10.2 million viewers domestically across HBO Max and linear telecasts on Sunday night, marking a gain of two percent from the series premiere’s early tallies.

That series premiere audience, in fact, is now approaching 25 million viewers in the U.S., after one week of availability.

TVLine readers gave that much-ballyhooed premiere an average grade of “A-.“

“We are beyond proud of what the entire House of the Dragon team has accomplished with Season 1,” HBO Programming EVP Francesca Orsi said in a statement. “Our phenomenal cast and crew undertook a massive challenge and exceeded all expectations, delivering a show that has already established itself as must-see-TV. A huge thank you to [series co-creators] George [R.R. Martin], Ryan [Condal] and Miguel [Sapochnik] for leading us on this journey. We couldn’t be more excited to continue bringing to life the epic saga of House Targaryen with Season 2.”

Set two centuries before the events of the mothership series, House of the Dragon chronicles the fall of House Targaryen, pulling from Fire & Blood, a compendium written by George R. R. Martin that elaborates on the Targaryen family’s history. The major players of the show’s sizable cast include Paddy Considine as King Viserys Targaryen, Matt Smith as Prince Daemon Targaryen, Rhys Ifans as Otto Hightower, Emma D’Arcy as Princess Rhaenyra Targaryen and Olivia Cooke as Alicent Hightower.

Want scoop on House of the Dragon, or for any other show? Email InsideLine@tvline.com and your question may be answered via Matt’s Inside Line.