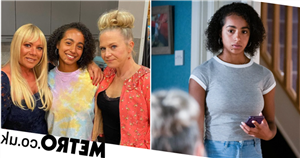 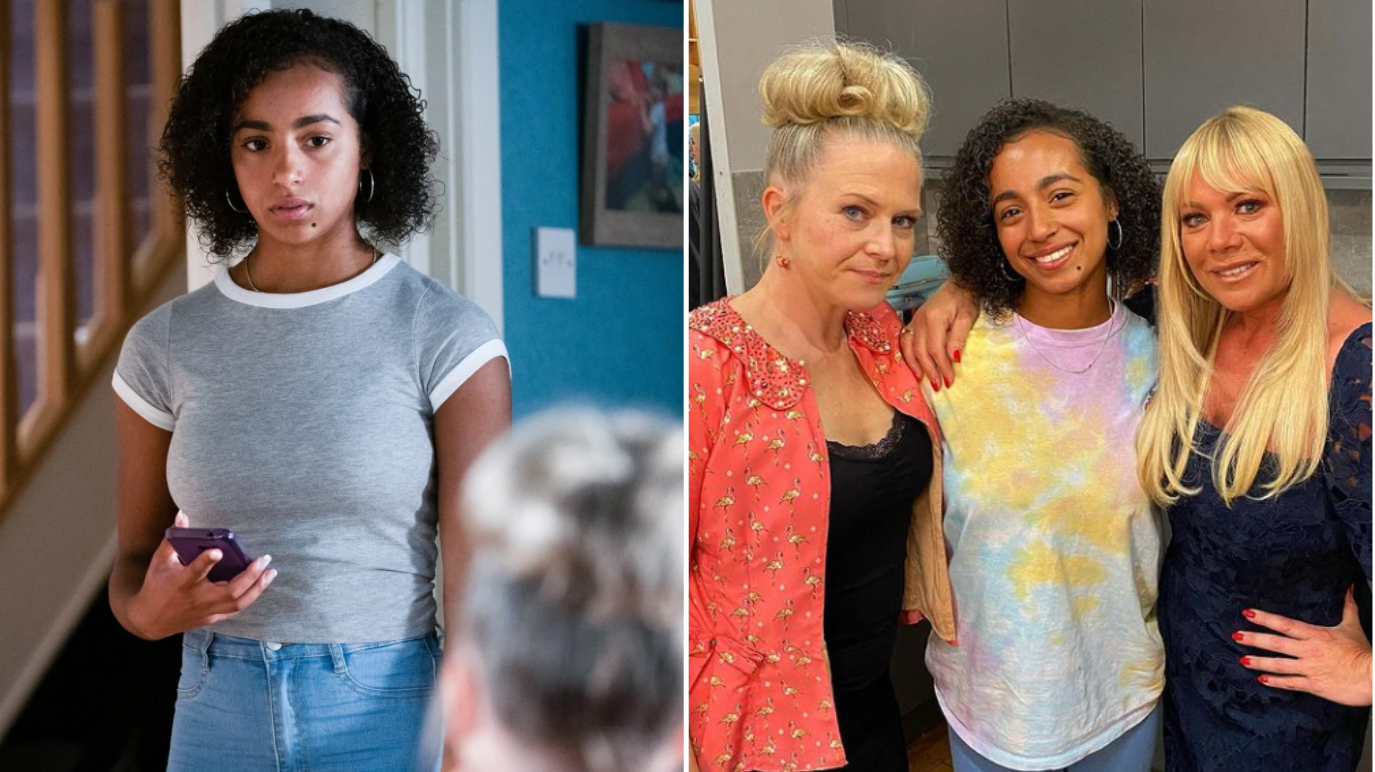 As her character Jada Lennox prepares to get tangled up in Janine (Charlie Brooks)’s evil scheming against Linda (Kellie Bright), Kelsey Calladine-Smith has already said goodbye to her EastEnders co-stars following her exit from the show.

‘My Eastenders experience has brought me nothing but smiles !!!😄’ she says on her Instagram account, alongside a gallery of pictures that show her with Walford favourites James Bye (Martin Fowler), Danny Dyer (Mick Carter), Steve McFadden (Phil Mitchell), Kellie Bright, and Letitia Dean (Sharon Watts) as well as various crew members.

The pictures give us a glimpse of life behind the scenes of the iconic Albert Square set. In one, Kelsey points at the sign on her dressing room door, with a sad expression on her face. Another picture shows her outside the Chinese takeaway part of the set clutching a big bunch of flowers – a leaving present from her colleagues?

Amusingly, while most of Kelsey’s colleagues are, like her, all smiles, Danny Dyer has chosen to pose very much in character with his finger pointing at the camera and a ‘don’t mess with me’ expression on his face. Meanwhile Steve McFadden looks a whole lot friendlier than his EastEnders alter ego Phil Mitchell.

Viewers will see Jada’s exit from the show in coming weeks as the character is drawn into Janine’s plot to get Linda Carter away from Mick’s life for good. Janine blackmails her into helping to get Linda out of the picture, but Jada later regrets ever getting involved and tells Janine that things have gone too far.

We already know the desperate lengths Janine is willing to go to in pursuit of the ‘happy ever after’ with Mick that she imagines for herself.

Could Jada end up being a victim of Janine’s wrath if things don’t go her way?