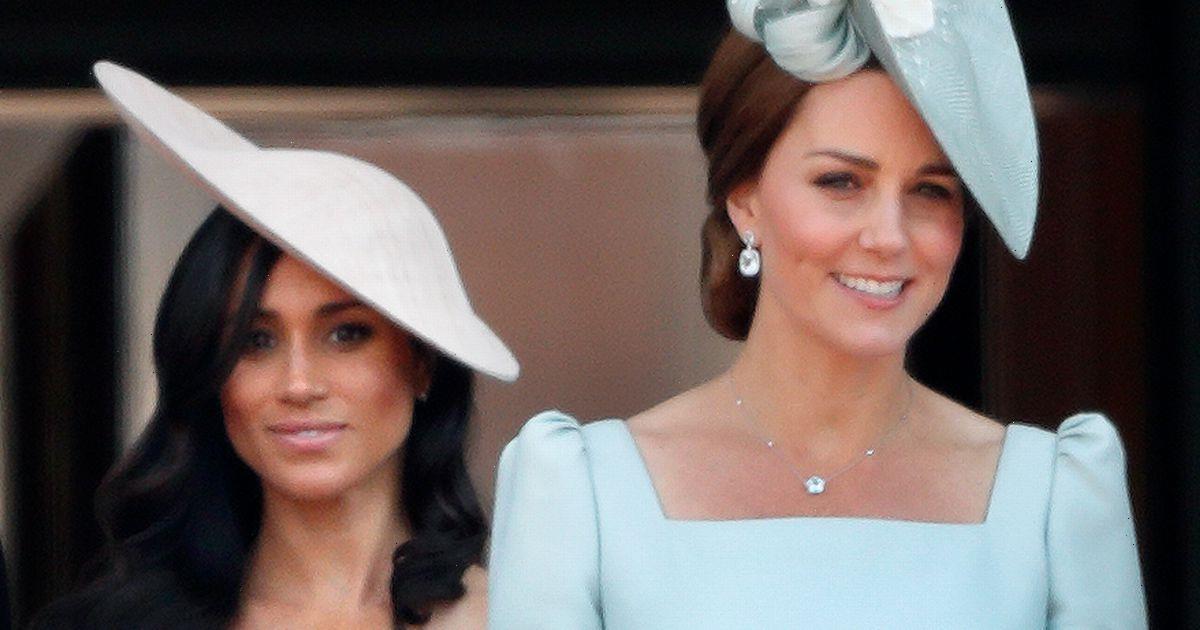 Kate Middleton only met with Meghan Markle at the Queen's Platinum Jubilee for the "sake of William and Harry," according to one royal insider.

The meeting reportedly came after Kate, 40, wanted to extend the olive branch following a supposed falling out between the pair.

In June, the Duke and Duchess of Sussex returned to the UK for the Queen's celebrations but allegedly received a frosty reception from other royals.

Harry, 37, and Meghan, 41, are set to return to the UK again in September with royal experts suggesting the couple are "unlikely to get an easy ride".

A spokesperson for Sussex's has stated they are "delighted" to return.

Closer has reported that Harry and Meghan will be staying at their former home, Frogmore Cottage, during the duration of their stay having recently renewed the lease on the Windsor property.

The royal couple will only be situated less than a mile from Kate and William after they reportedly moved to Adelaide Cottage.

However, according to the insider the couple's will not be meeting one another.

The insider told Closer: "Kate had been tentatively looking forward to meeting up with Meghan when she and Harry came to England.

"She wanted to be the bigger person and extend that olive branch because she feels all this ugliness of ignoring one another has gone on for long enough."

The insider added that Kate wanted to meet Meghan for the sake of William and Harry.

They said: "It’s Harry’s birthday soon, and she wanted to maybe make that a way of getting them all together and giving gifts.

"She knows that patching things up and ending the bad blood would be better for both sets of families and of course the monarchy as a whole."

Discussing Meghan and Harry's September visit, royal commentator Jonathan Sacredoti claimed that while people do have "sympathy" for the prince, it is "wearing thin".

Mr Sacredoti told the Daily Star: "People do have some sympathy for Prince Harry and his situation, particularly knowing how hard it was to lose his mother as a child and have to grieve in public.

"But the couple has barely stopped criticising the royal family and causing controversy since they left. People’s sympathy is wearing thin."