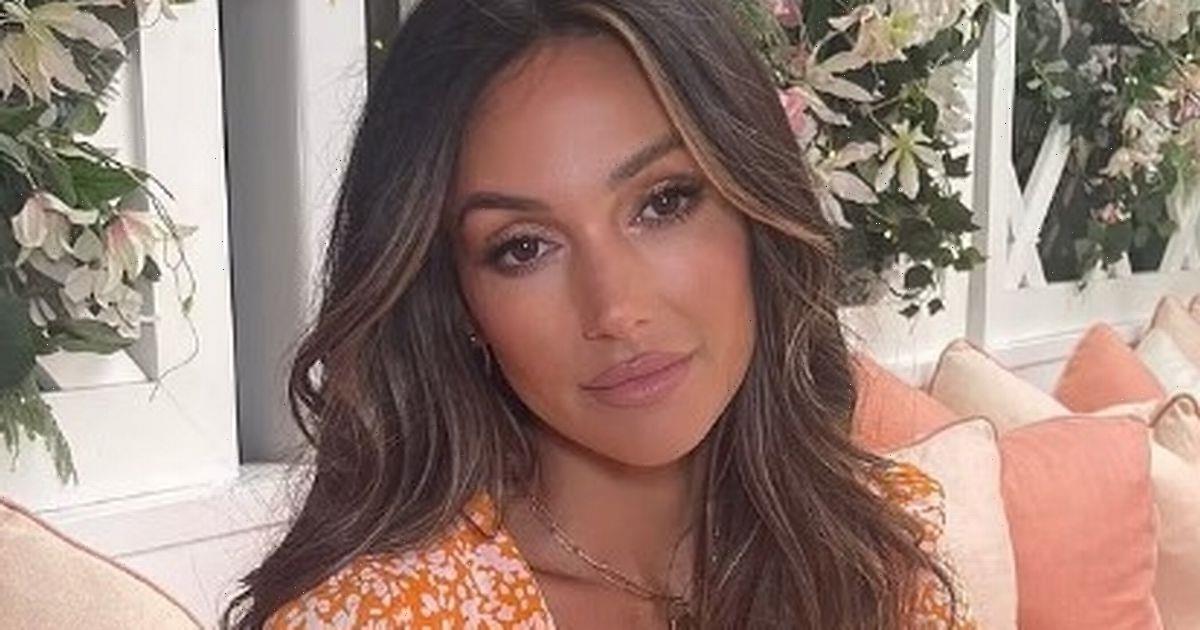 Michelle Keegan's character looked worlds away from her normal self in stills released from season four of Brassic.

The actress, 35, has played Erin Croft in the Sky comedy since 2019 and it appears the character is set to undergo a major character transformation as she slips into a striking red gown.

The former Coronation Street star looked sensational in the satin dress which showcased her slender frame and toned figure.

Teaming the floor-length ensemble with a white fur shawl, Michelle looked incredibly glamorous as she sported a bold red lipstick.

The Our Girl star, who is married to former TOWIE star Mark Wright, had her brunette tresses styled in victory rolls which fell into glamorous curls.

While Michelle announced the upcoming season will return to screens next month, the actress turned to a different role in a recent snap uploaded to her Instagram Stories on Thursday (August 25).

Getting into her character Kate Thorne from the new BBC 1950's drama, Ten Pound Poms, the actress looked stunning as she posed in her nurse uniform for the mirror selfie.

The six-part period drama follows a group of Brits as they leave post-war Britain in 1956 to embark on adventure across the other side of the world.

This comes after Michelle's husband Mark spoke about a devastating injury he suffered last year.

The former reality star is currently gearing up to run the TCS London Marathon after failing to make the race day in 2021.

The 35-year-old suffered a calf tear in the final days of the run-up before the race last year which halted him from competing.

In an exclusive chat with Daily Star, Mark said: "It was so upsetting I'm not gonna lie. To get injured at that point, especially after all that training and I've always wanted to do the marathon.

"But look, I'm here this year, and I feel like I'm going to get a better time because I prepared even better than last year, and I've learned from my mistakes. I'm taking extra precautions. Lots of recovery and not pushing myself too far."