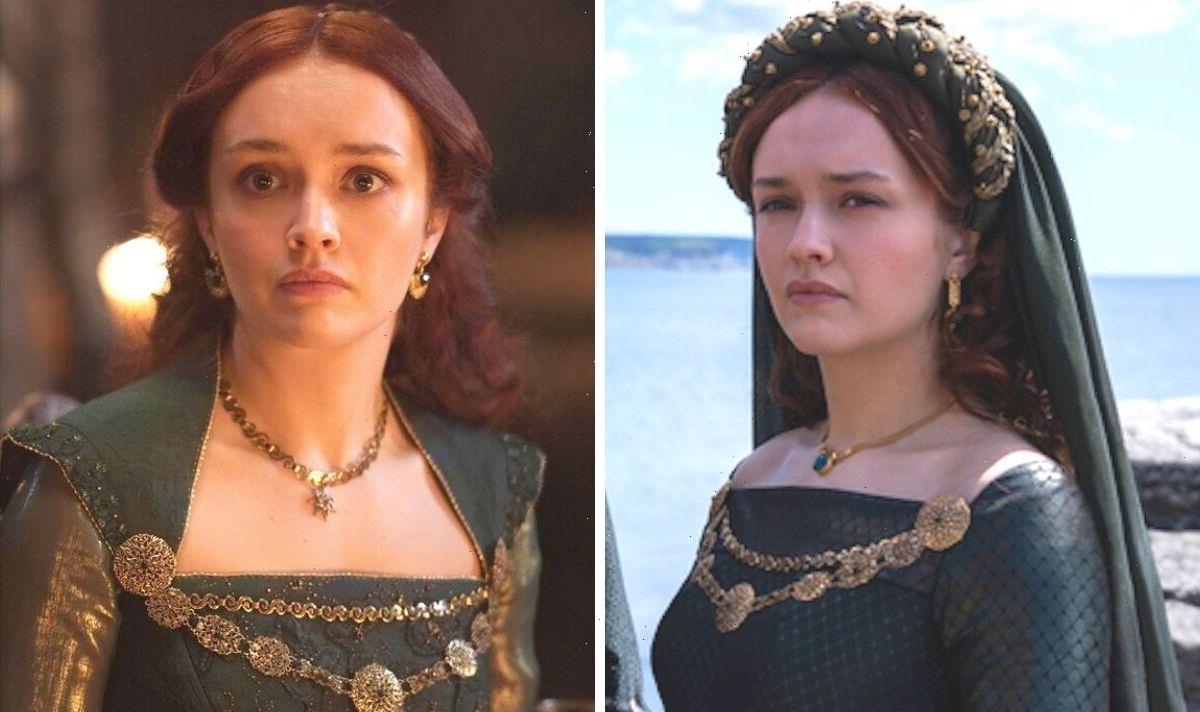 House of the Dragon: 'Weeks ahead' trailer teases future episodes

HBO’s hit fantasy drama House of the Dragon will return to screens on Sunday with an all-new look into the Targaryen civil war. The drama released a trailer with a glimpse into the weeks ahead which showed a glimpse at Alicent Hightower (played by Olivia Cooke) who appeared to be pregnant.

House of the Dragon is the latest spin-off to come from Game of Thrones which premiered on Sunday.

The gripping episode left viewers in shock after it showed the death of Queen Aemma Arryn (Sian Brooke) who died in childbirth.

With Kings Viserys (Paddy Considine) by her side, she was in labour preparing to give birth to Westeros’ next heir. 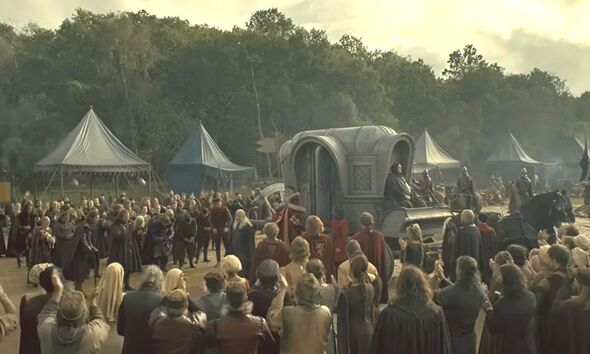 After the funeral, the King’s most trusted adviser Otto Hightower (Rhys Ifans) sent a discreet message to his daughter Alicent to begin seducing the Viserys.

House of the Dragon is the on-screen adaptation of George RR Martin’s novel, Fire and Blood.

Fans who have read the book will know their ploy will become a success and Alicent will eventually become Queen after marrying King Viserys.

According to the Weeks Ahead trailer, the couple will soon expand their family as Alicent appeared to be pregnant. 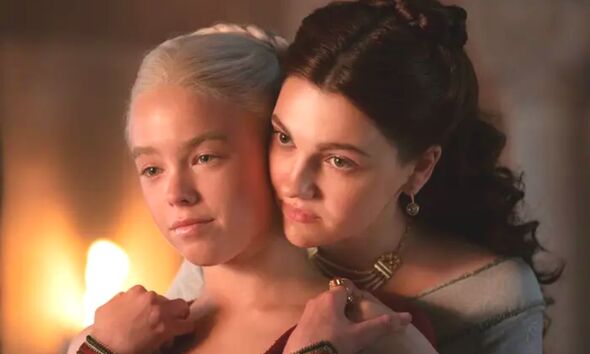 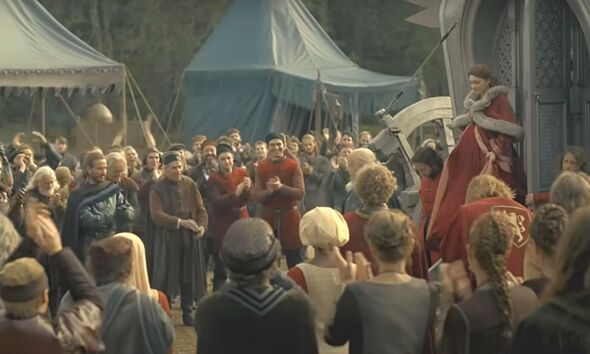 In the clip, she stepped off a trailer to a crowd of adoring people who clapped and cheered at her appearance.

Alicent was wearing a long red dress with a fur trim coat which stopped above a pregnancy bump.

Readers will be aware that she will give birth to a son who would go on to claim the throne in opposition to his half-sister Rhaenyra Targaryen (Emma D’Arcy).

Rhaenyra is the daughter of Aemma and Viserys and as the natural heir to the throne would have been a son, viewers will see the beginning of the civil war when she is named as the next in line.

This will cause a major uproar in the House of Targaryen as Viserys’ brother Daemon Targaryen (Matt Smith) will go up against the decision.

The war will also provide insight into the years leading up to Daenerys Targaryen’s (Emilia Clarke) exile, which was the focus of Game of Thrones.

Actress Emma D’Arcy opened up about her character and shared: “She is both female and never expects to be heir.

“That’s never on the table and everything falls apart the moment that she receives the inheritance that everyone looks for,” Emma told Entertainment Weekly.

Following the premiere, fans suggested Otto was behind Aemma death as he wanted his daughter Alicent to become the next Queen.

Although he was the King’s trusted advisor, he would gain more from being the Queen’s father.

Fans found his message to Alicent suspicious and believed he set up her death for reasons which benefitted himself.

House of the Dragon continues every Sunday on HBO at 9pm ET in the USA and every Monday at 9pm on Sky Atlantic in the UK.