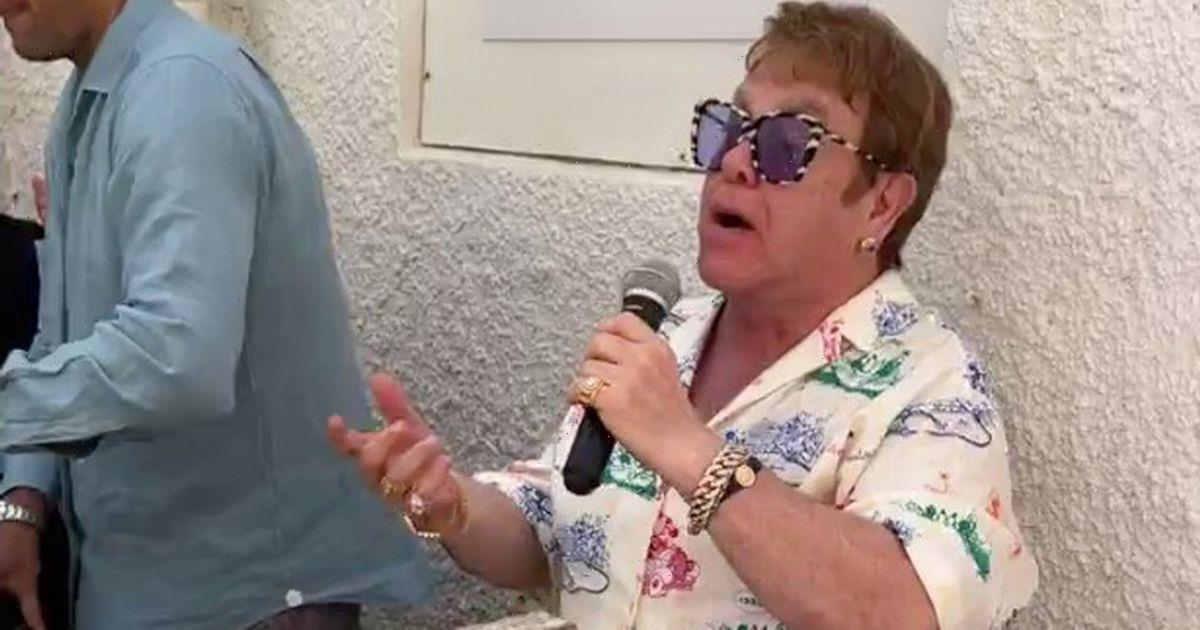 Sir Elton John stunned diners at a Cannes restaurant when he treated them to a sneak peek at his upcoming collaboration with Britney Spears.

The Rocketman, 75, headed up to the DJ booth at La Guerite to serenade the crowd with Hold Me Closer, which will be Britney's first new music in years.

Dressed in a cute shirt covered in images of Mickey Mouse and matching shorts, he took the mic as the crowd screamed: "I love you!"

The star then launched into a rendition of the track, which is a revamped version of his 1971 song Tiny Dancer.

The performance was captured on a video which Sir Elton later shared on Instagram.

The clip showed the crowd cheering and dancing as he belted out the song and danced from side to side.

Diners looked as if they couldn't believe their luck to have ended up at the impromptu show, and many held up their phones to film the magical moment.

"Thank you so much!" Sir Elton said as he wrapped up amid huge applause, telling the audience that the track would be out this week.

He and Britney, 40, confirmed earlier this month that they were teaming up to make music.

And Sir Elton recently shared what appears to be the cover art for the track.

The image has both of the star's names on it and the title of the song, and features side by side photographs of them as children.

Britney is posing in a pink tutu with a huge matching feather in her hair, while the black and white shot of Sir Elton as a little boy shows him sat at a piano.

When he shared it on Instagram, the hitmaker also posted a more recent pic of him and the pop princess smiling together.

Hold Me Closer is out on Friday (26 August).