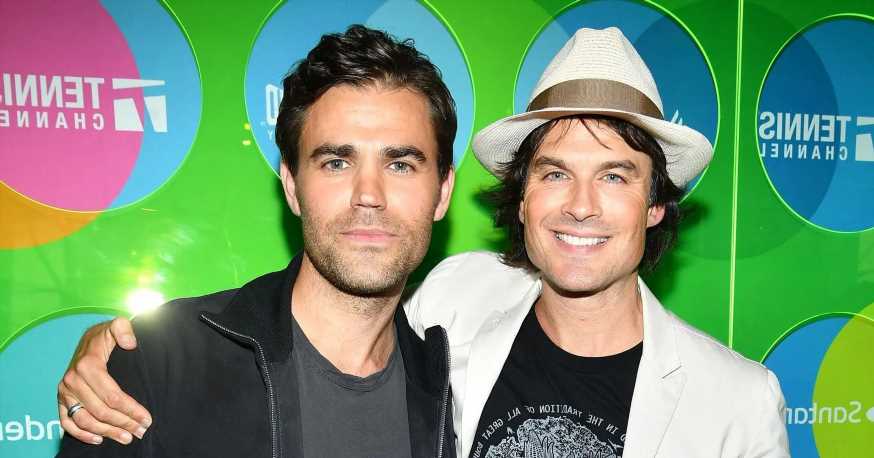 Moving forward. More than 13 years after meeting on The Vampire Diaries set, Paul Wesley and Ian Somerhalder are closer than ever — but they aren’t ready to put the fangs on again.

“No … I’m vampired out,” Wesley, 40, exclusively told Us Weekly when asked if he’d like a TVD spinoff while at a pre-U.S. Open Kick Off event in New York City hosted by the Tennis Channel and Brother’s Bond Bourbon on Tuesday, August 23.

Somerhalder, 43, said they would be happy to return behind the camera. “Well, we would go … like, if we were to direct,” the Louisiana native said.

Wesley did just that for Legacies, the TVD spinoff that concluded after four seasons in June. Now, however, the Brother’s Bond Bourbon cofounders — who played brothers Stefan and Damon Salvatore for eight seasons on The CW hit — are a little busy. Wesley, for his part, is “super proud of” his role as a young Captain James T. Kirk (the character William Shatner made famous) in Star Trek: Strange New Worlds. 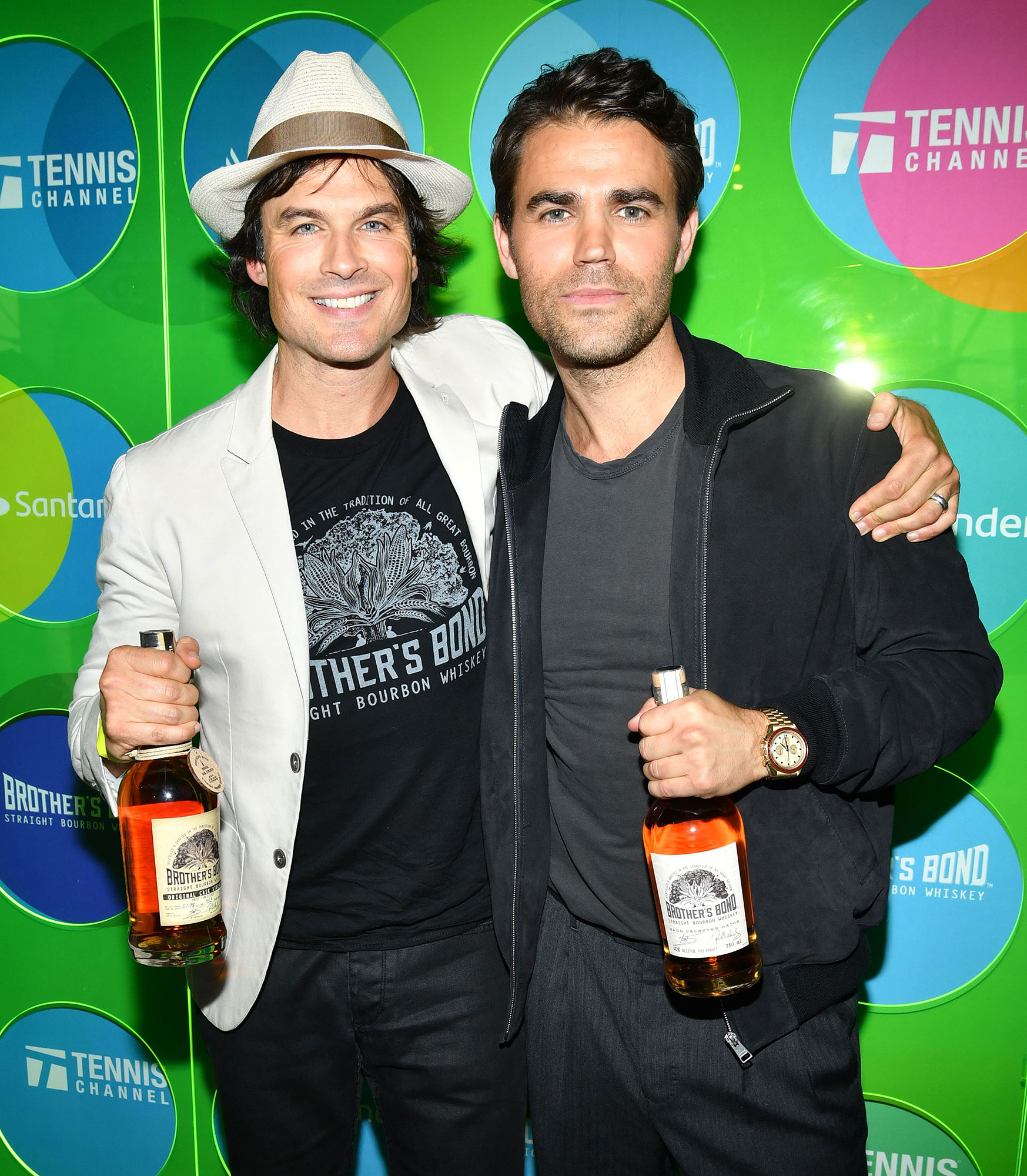 Somerhalder, meanwhile, is focused on his environmental and animal activism in addition to being a girl dad. He shares daughter Bodhi, 4, with wife Nikki Reed, and the family recently moved to a California farm. Wesley joked Somerhalder is usually too busy to answer his text messages — including a recent invite to dinner.

When speaking about keeping in touch with their fellow Vampire Diaries alums, the actors said they regularly text other cast members, and Wesley even had a mini reunion recently.

“We don’t have a big group thread, but I’m still super close to Nina [Dobrev], I’m super close with Michael Malarkey – all of them! I mean I talk to all of them on a somewhat regular basis,” Wesley told Us. “We haven’t had like a big reunion in a while. I did just have dinner with at [cocreator] Kevin Williamson‘s house with [cocreator] Julie Plec and Nina.”

Somerhalder chimed in, “I’m glad I was invited.”

His pal said he did, in fact, get an invite. “You’re not really good at responding to text messages,” Wesley laughed. “He’s just too busy with his animals and children. But it was great to see everyone. Look, we’re all very busy. We all travel a lot so we don’t have, like, big parties or anything like that, but we’re all great and friendly.”

They also have great working relationships. In addition to his bourbon brand with Somerhalder, Wesley is also working with Plec again to develop a Netflix series based on the 2015 article The Confessions of a Drug-Addicted High School Teacher. 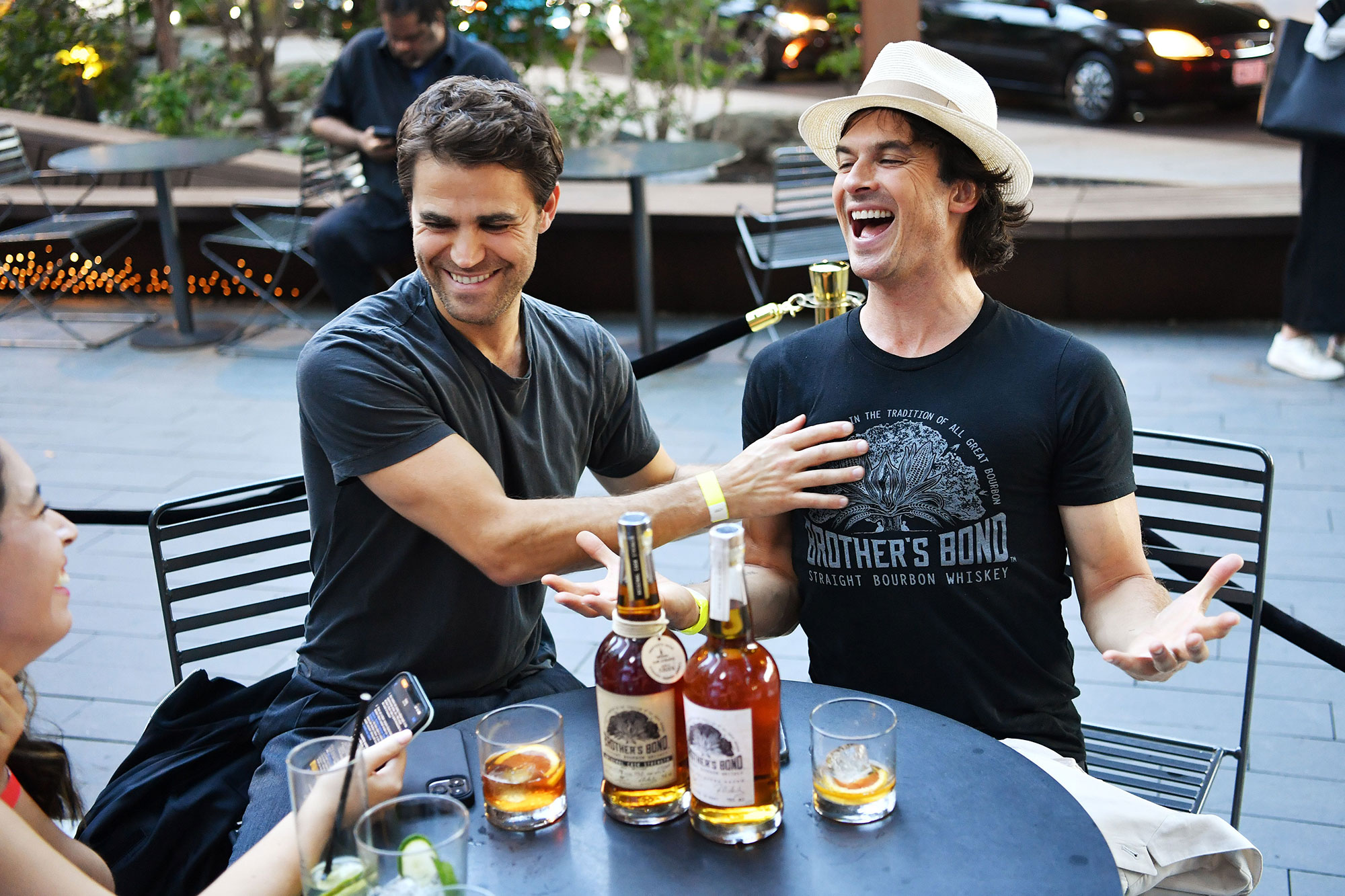 While The Vampire Diaries ended in 2017 after eight seasons, the friendships made behind the scenes clearly have long outlasted the show. Somerhalder said that’s why Brother’s Bond Bourbon is unique.

Wesley added, “And it is something that, for us, we created it from the ground up. So unlike the Vampire Diaries — which is our show, but we were hired on that show. This is our baby. If Ian and I were to have a baby, this is our baby.”

‘Vampire Diaries’ Cast: Where Are They Now?

The pair launched their original liquor in 2021 and just released a new variation to their lineup. “The 80 proof is the bourbon that’s our flagship, and it’s done so well and we’re proud of it,” Wesley said. “But we have this beautiful cask strength bourbon that just came out which is an uncut, unfiltered, straight out of the barrel in its purest form. I was super proud of it. It’s a heavy hitting bourbon in a good way. It’s 115.8 proof and it’s awesome.”

It sounds like the Salvatore brothers would approve. Find out where to buy both variations on the Brother’s Bond Bourbon website.