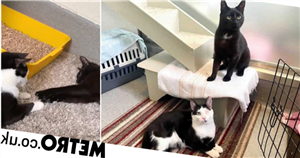 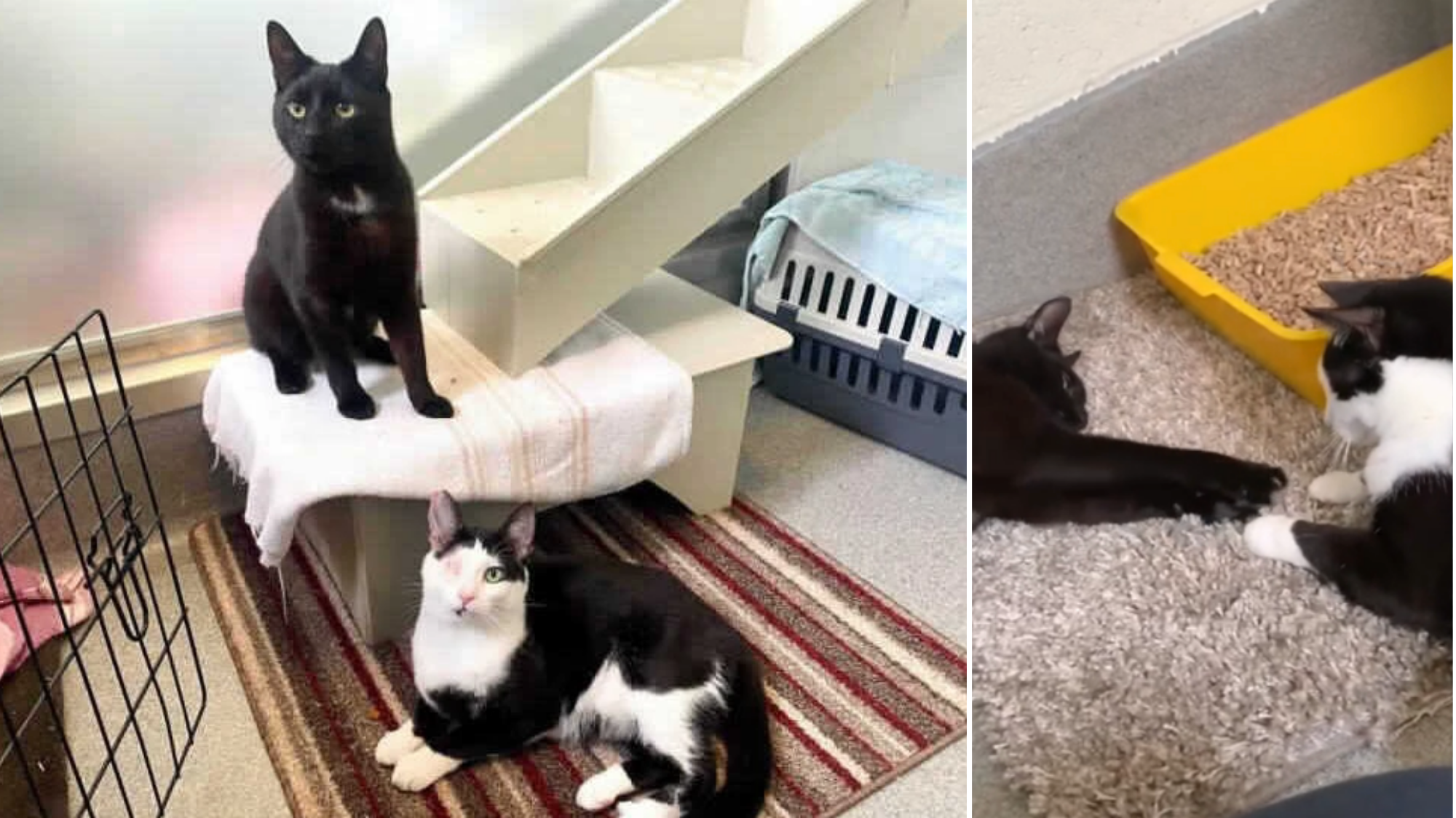 When Lord Sugar and Lady Sugar each arrived separately at RSPCA Newbrook Farm Animal Centre, they were both super shy and nervous.

Lord Sugar arrived first. A two-year-old black cat, he came into the shelter’s care in February from a multi-cat household. He hadn’t been given much socialisation, so was scared of people.

One month later, Lady Sugar, a one-year-old black and white cat, was rescued from a different multi-cat household.

Suffering from ear mites and dental disease, she was in poor condition and had a ruptured eye that eventually needed to be removed. She, too, was pretty nervous, and hid away in her pod rather than getting to know RSPCA staff.

But while both cats were uncomfortable around people, they seemed to be keen to hang out with other felines.

Staff at the shelter decided to let both cats out to explore, and that’s when the pair met – and it was love at first sight.

Kelly Legg, from RSPCA Birmingham, said: ‘We could tell from early on that they appeared to like the company of other cats as we would catch them playing with other cats through the glass or chatting to them as they walked by.

‘As Lord Sugar’s confidence improved, he started to come out onto the main cattery floor for a bit of an explore and that’s when the romance began.

‘Little Lady would sit up to watch him strutting around and they would chat away to one another. Lady would chirrup and roll around in her pod.

‘This went on for a little while before Lady gained some confidence and they finally met nose to nose and it was one of the most beautiful moments we have ever seen at the cattery.’

From the moment the cats met, they became inseparable – and their confidence grew as a result.

Staff have now upgraded them to a double pod where they can hang out together, and the pair are now looking for a home together.

‘Their confidence with people has grown so much as they have grown closer, which has been amazing to see,’ added Kelly.

‘Both cats adore fuss, they just need to learn how to fully trust humans but we hope we have given them a great start and they can continue to flourish together in a home.’

The loved-up duo are keen for a home with no children or dogs, and will need access to the outside.

If you think you could be the couple’s perferct match, you can fill out a form and email it to birmac@rspca.org.uk.