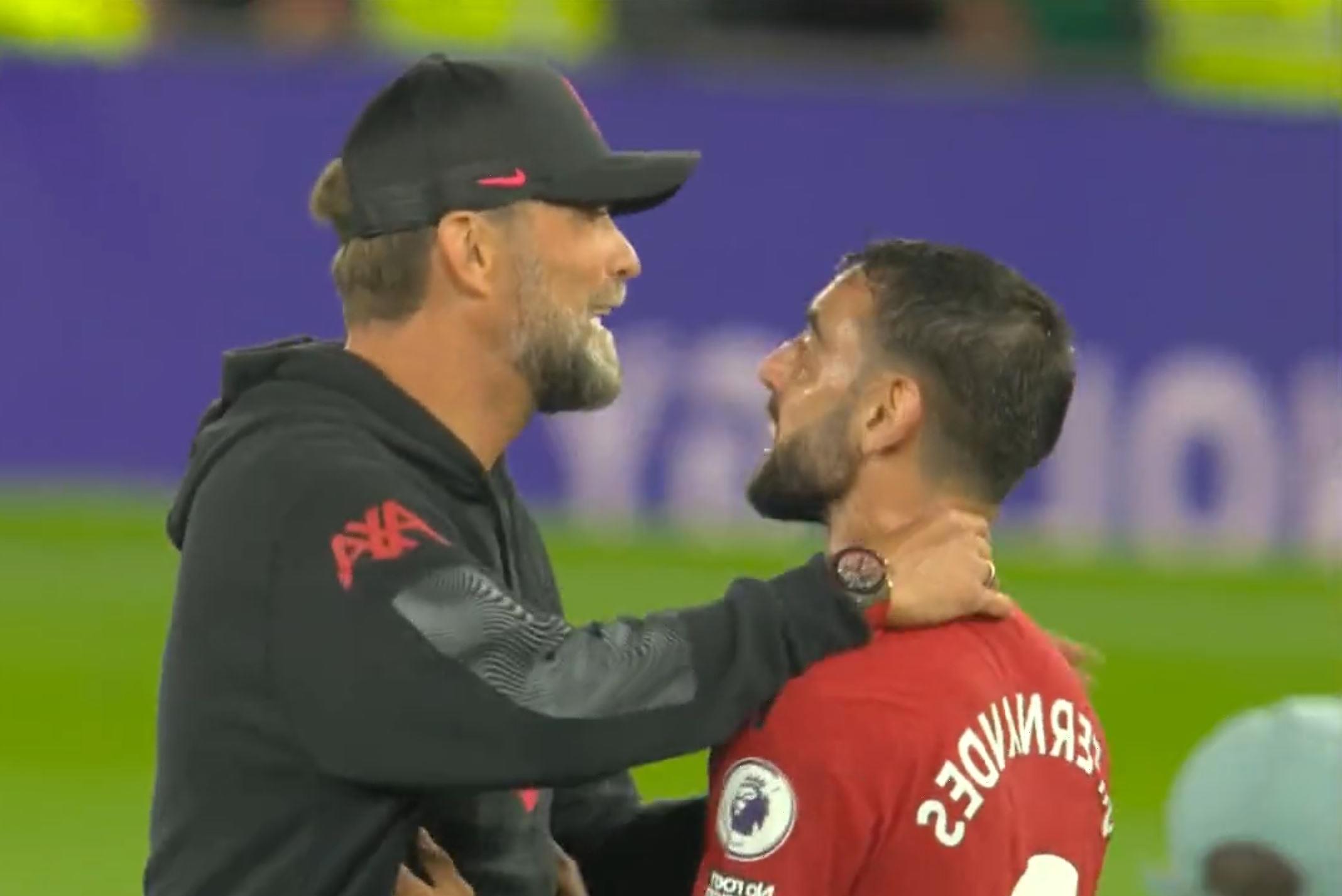 JURGEN KLOPP has played down his heated exchange with Bruno Fernandes after Manchester United defeated Liverpool.

United pulled off a shock 2-1 win over their bitter rivals on Monday night courtesy of goals from Jadon Sancho and Marcus Rashford. 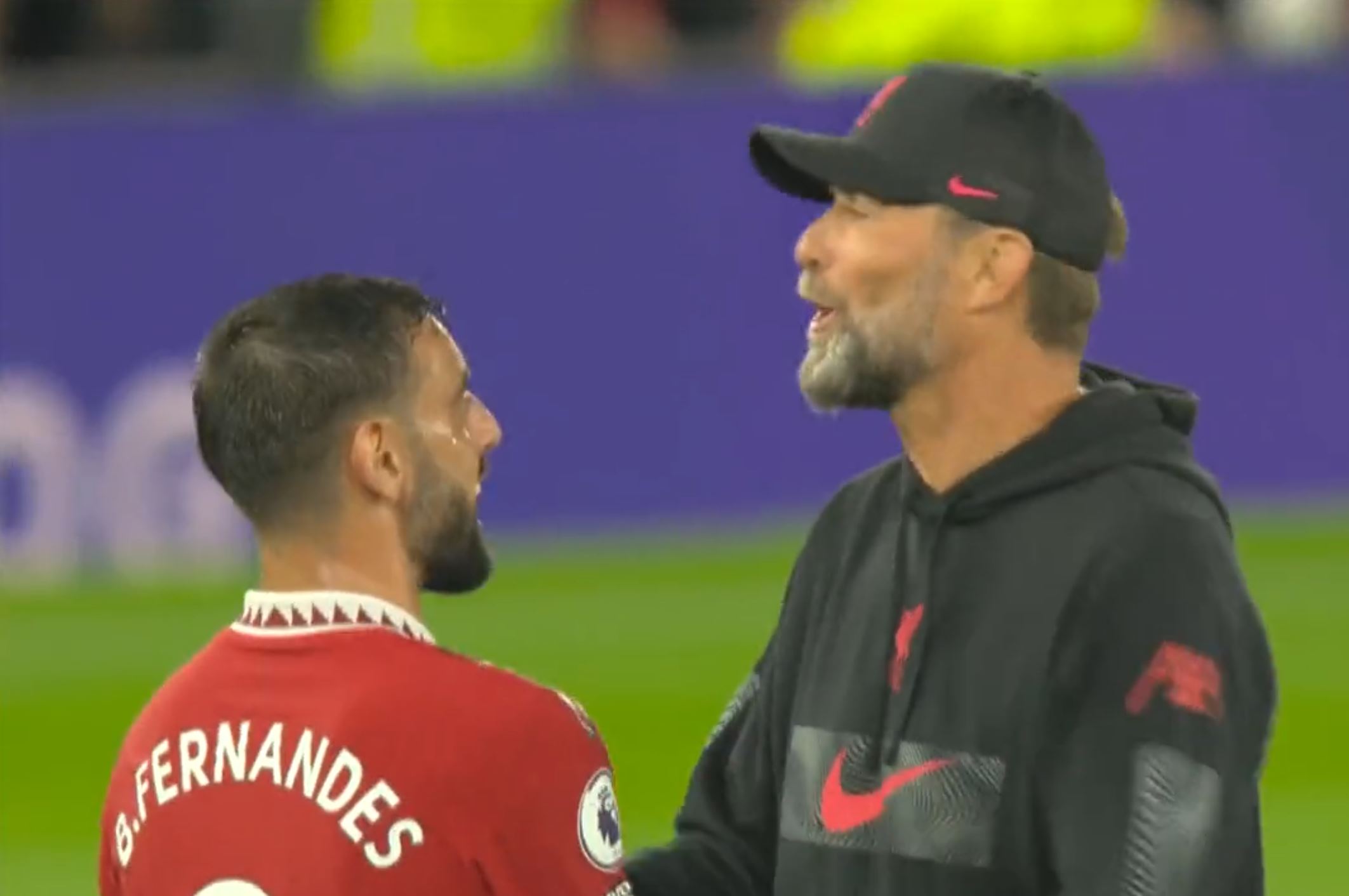 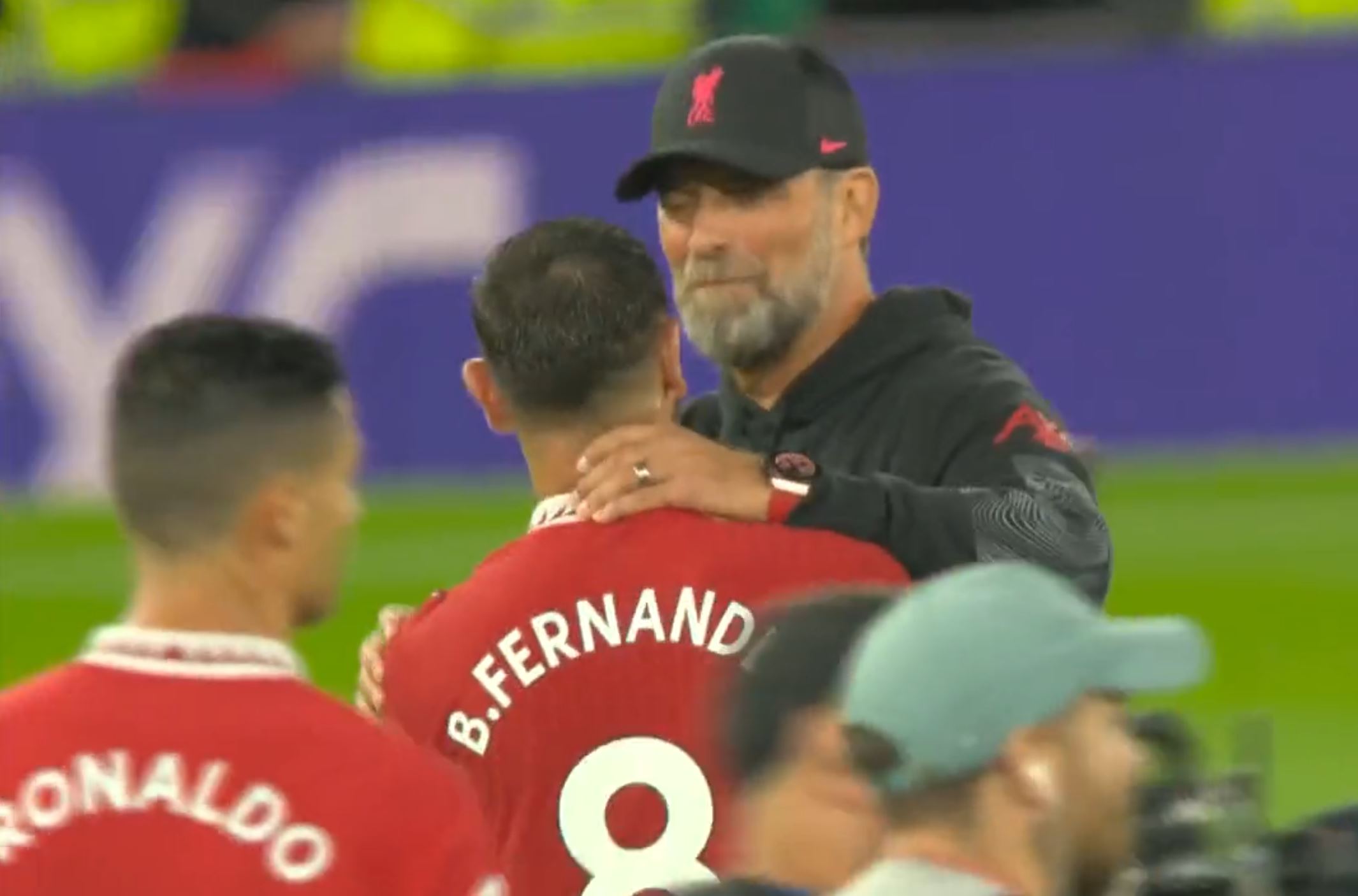 A late Mo Salah strike wasn't enough to stop the Red Devils clinching their first win of the season after two losses to Brighton and Brentford.

Klopp could only watch helplessly as his Liverpool side imploded on the pitch.

And after the game, the German vigorously approached United ace Fernandes in what seemed to be a passion-filled exchange.

But Klopp insists their conversation was harmless, although they had a disagreement over new United signing Lisandro Martinez's reaction to a challenge.

Klopp felt Fernandes made a meal of the tackle on Martinez who he reckons went down too easily – but the Portuguese talisman begged to differ.

The Reds boss explained in his post-match interview: "It was not animated it was the most harmless conversation I ever had with a player, who was obviously as emotional as I was.

"It was the situation with Martinez, who went down under an 'awful' tackle that was obviously nothing.

However, Klopp claims he and Fernandes' conversation ended amicably despite their opposing views.

He added: "But it was fine after, he told me he needs these kind of conversations. Okay, it’s fine, use me!"

Klopp also hit the headlines for claiming Liverpool deserved to win the game against United.

His skewed outlook on the match led a slew of fans labelling the German deluded on social media as they felt United clearly earned their victory.