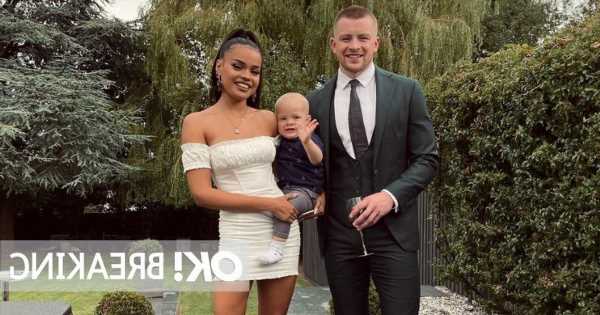 Olympic swimmer Adam Peaty, has announced that he and his parter of three years Eirianedd Munro have decided to call time on their relationship.

The 3 time gold medal winner and former Strictly Come Dancing star shared the news on Instagram on Tuesday evening, as he apologised to Eiri in a cryptic but heartfelt post.

He wrote: “Eiri and I have decided to go our separate ways. We have enjoyed a wonderful three years together, 2 of those with our gorgeous son George.

“Our priority has always been to provide the happiest and healthiest home environment for him, and right now that means ending our romantic relationship.

“I could not ask for a greater mother for George and I am so grateful to Eiri for her amazing support over the last three years. Eiri and George, I’m sorry for letting you down.

“My only interest is for the well-being of our family at this difficult time so I ask that our privacy is respected and I won’t be saying anything further."

The young couple first began dating back in 2019 after matching online and share one child together, a son named George, who they admitted they discovered they were expecting, just two months into their relationship.

Although the pair have been relatively private in their relationship, they were spotted out together at this year's Wimbledon tournament back in June, where they smiled for a series of photos together from the Royal Box.

Their relationship hasn’t been without its hurdles however, with Adam’s tenure on the 2021 series of Strictly Come Dancing leading Eiri to feel like she was a “single mother” as the long training hours meant she couldn’t see Adam.

The training schedule was so intense, it even lead Adam to miss George's birthday celebration, in a move that broke the heart of both his parents.

Tensions also appeared to be raised after Adam and his dance partner Katya Jones appeared to almost kiss during an emotionally charged Argentine Tango, leading many fans to speculate that the couple could soon be hit by the "Strictly Curse".

Speaking about the rumours at the time, Eiri told the Daily Mail "Adam warned me last night that this week's routine, the Argentine tango, is a 'very sexy dance'. I was like, 'Yeah, that's fine, I can handle it'. But watching, at home with my mum, woah, it's intense.

"Afterwards, I decide to see what others are saying about it on Twitter and cannot believe how many people are suggesting that Adam almost kissed Katya. Obviously Adam didn't go in for a kiss.

"It gets really hard when family members and friends start messaging asking if I'm OK, obviously swayed by what they're reading online."

For the latest showbiz reports and breaking news visit http://www.ok.co.uk/celebrity-news.

Check out all the latest hot topics on OK! magazine’s news section and discover exclusive celebrity news about your favourite soap actors and reality stars.

We're also on Facebook.com/okmagazineuk – for the latest online celebrity news, features, galleries and videos throughout the day from your favourite site.