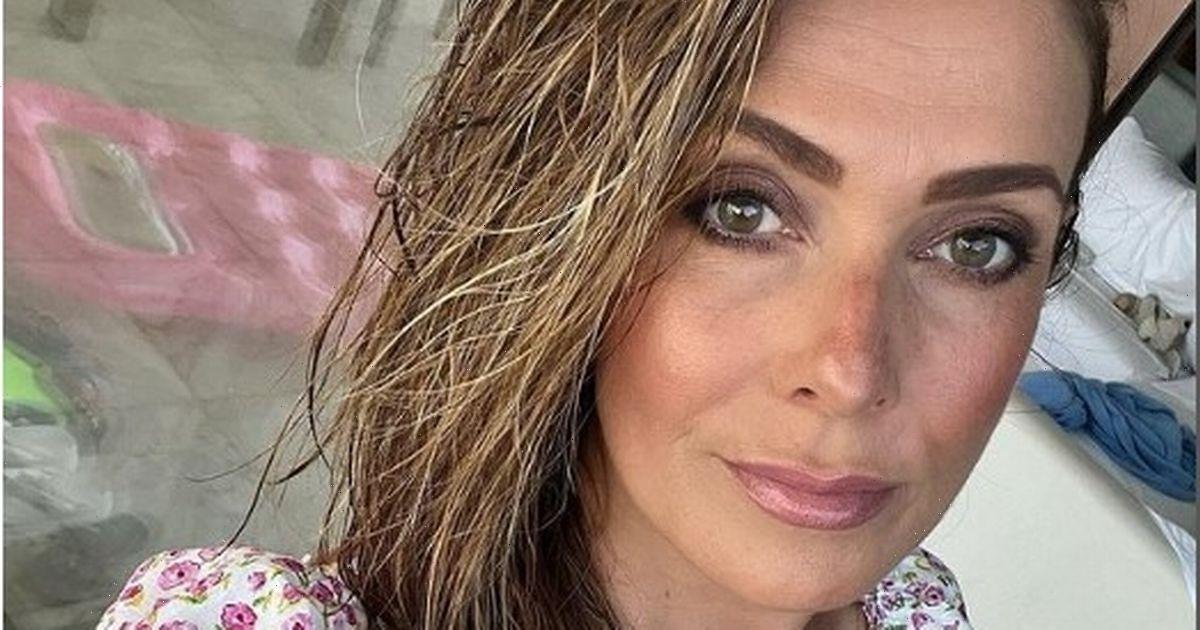 Strictly Come Dancing's Kym Marsh has paraded her killer curves in skimpy black bikini after becoming a grandma for the second time and being signed up for the BBC One dancing competition.

The former Coronation Street has been enjoying some downtime before she waltzes onto the dancefloor of the iconic TV ballroom next month.

Taking to Instagram to share a loved up snap with her army major hubby Scott Ratcliff, Kym looked amazing as she poured her killer curves into a string bikini for a PDA-filled snap in a hot tub.

The new Strictly signing posted a slew of snaps online and penned a caption which read: "We had THE best stay @swanhotelnewbybridge it’s always such a wonderful experience!

"This time we stayed in the Love Nest which had the best view from our bedroom.

"The most wonderful dinner and exceptional spa treatments.

"@oto_wellbeing massage was incredible! The perfect way to start Scott’s leave! We cannot wait to get back again."

Fans of the BBC star were quick to comment on the selection of photos, with one writing: "Awwww, that a true picture of contentment, how lovely x."

Another said: "You are a beautiful couple! X," and a third echoed: "Power couple."

While a fourth said: "Mmm, can’t beat seeing Kym in a bikini."

And a fifth added: "Can’t wait to see u on strictly."

Kym was revealed as the second 2022 Strictly signing on August 4.

Speaking about her upcoming stint on the ballroom dancing programme, the singer said: "I’ve considered doing Strictly for years but the timings never worked out.

"I'm so delighted that this year they have!"

She added: "I’m a huge fan of the show and can’t believe I’m going to go from watching at home in my pyjamas to actually dancing in front of the judges in a glittery dress, it’s unreal!"

This comes after Kym recently became a grandma for the second time.

Just three days ago Kym took to Instagram to post an adorable photo with a caption that read: "Introducing…..Clayton Lenny David Cunliffe!!!

She then went on to praise her son David Cunliffe and his fiancée Courtney on becoming first time parents.