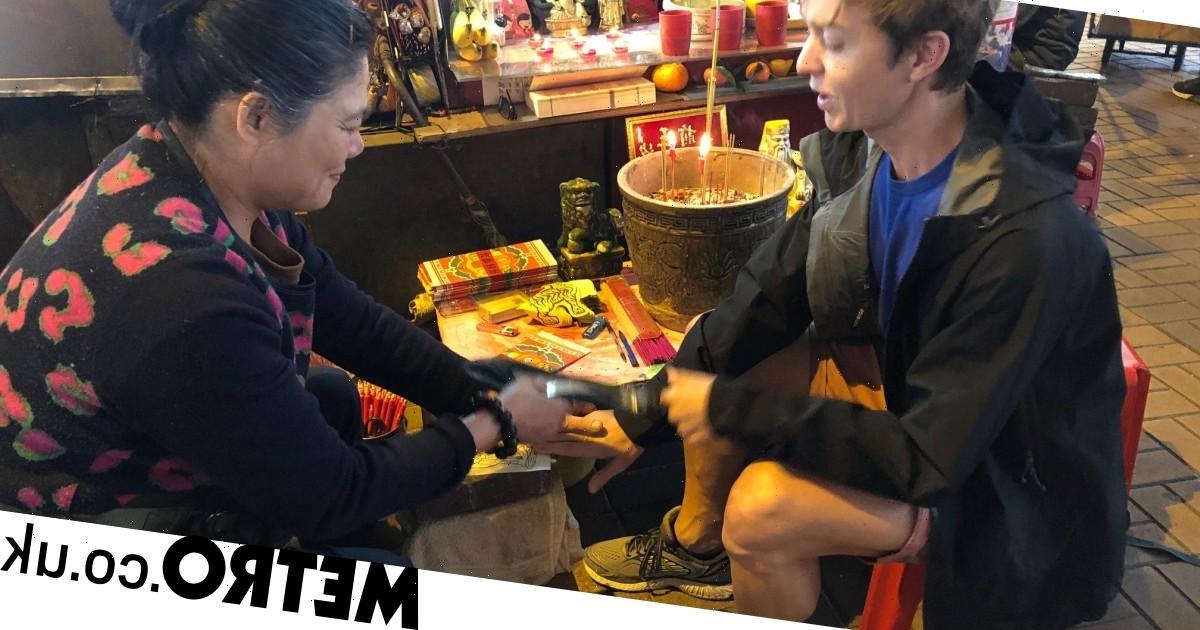 Whack, whack, whack! The sound gets louder the closer I get to the gritty-looking concrete flyover in front of me.

Once underneath, the noise reverberates against the walls, peaking at an almost deafening crescendo and drowning out the traffic above.

Then I see the source of the cacophony: a handful of frail, elderly Chinese ladies, clutching worn out slippers between their gnarled, claw-like hands, as they hit them ferociously against bricks.

Perched on tiny stools next to makeshift altars covered in lit candles, fruit, and statues of strange-looking deities, these are Hong Kong’s mysterious ‘villain hitters.’

In the UK, if you’re the victim of a cheating ex, a backstabbing boss, or a malicious former-friend, you might confront the scoundrel, or — more often than not — bitch to your mates while downing a bottle of wine.

But residents of Hong Kong have another way of administering payback that most of us wouldn’t even consider: black magic.

It’s hard to believe that in this modern-day-financial powerhouse that a coven of elderly ‘witches’ are selling curses, yet, in Hongkers, superstition rules.

Whether it’s spending millions to adjust buildings to Feng Shui principles, burning paper money (and even paper iPhones) to send to dearly departed relatives, or the national obsession with the number eight (and the accompanying hatred of the number four), Hong Kongers have a firm belief in the occult.

I can kind of understand it. While I take all things esoteric with a pinch of salt, my fascination with anything woo-woo has been long-lived.

I’ve had my tarot cards read by a voodoo priestess in New Orleans, had my face mapped by a fortune-teller in Singapore, and hung out with a real-life witch in Salem. So, when a Hong Kong-based friend tipped me off about these secret sorceresses, I had to see them for myself.

Also called ‘petty person beating’ or ‘da siu yan’, this is a form of sorcery similar to voodoo that’s derived from ancient Chinese folk magic. And for punters in need of a quick hex, their staple product is a ritual whereby a paper representation of the ‘villain’ is beaten with an old slipper, Yes, really. 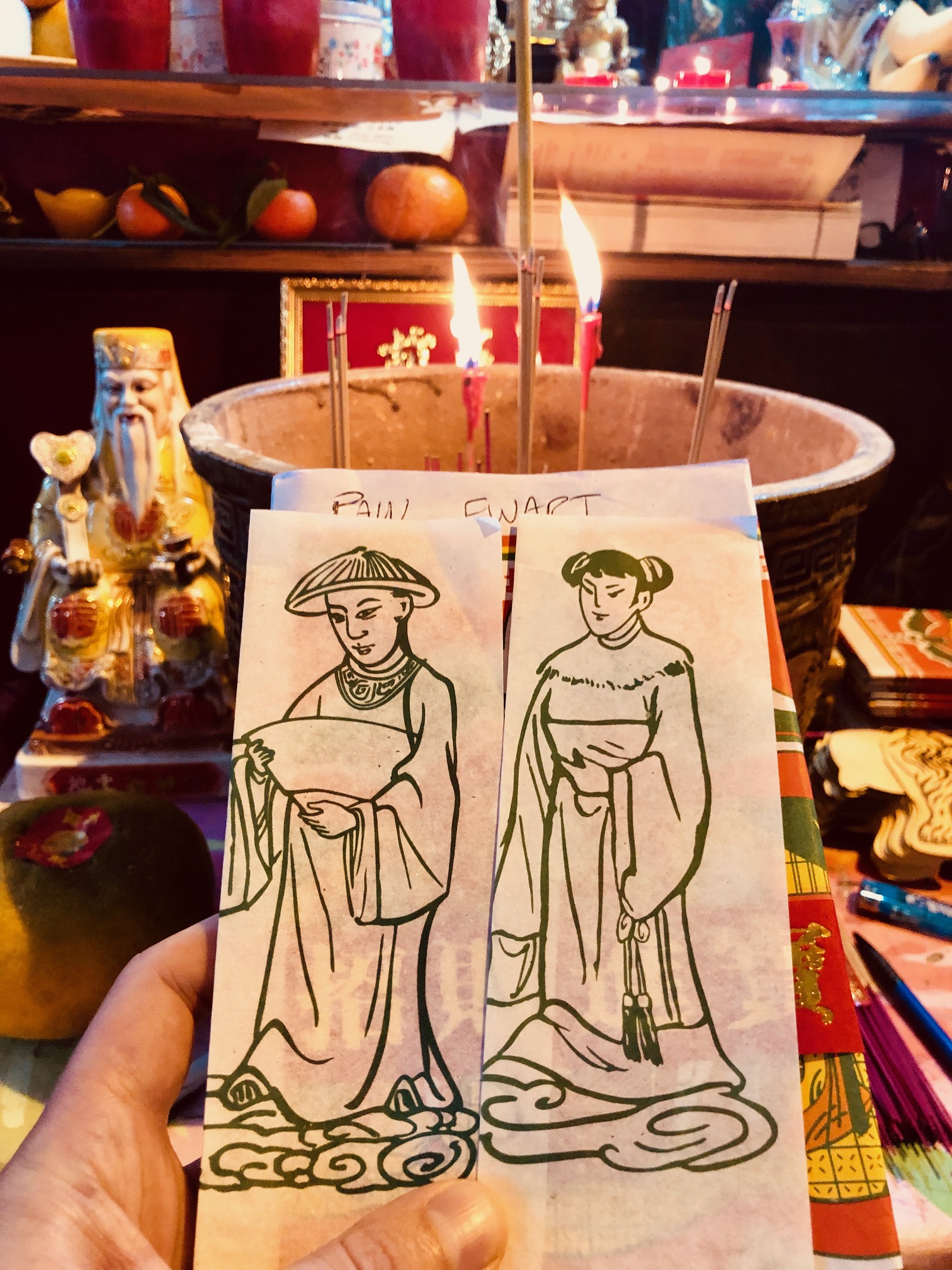 I look around, find an unoccupied lady, and upon approaching she beckons me to sit down. In her mid-60s, she’s smiley and looks nothing like someone who curses people for a living.

Hunched in front of her shrine, she lights incense and tells me that we need to pray to the gods. I bow my head and follow her lead. Knowing that the towering, gleaming skyscrapers of Causeway Bay are directly overhead makes the experience seem all the more bizarre.

The first step is to pick your victim.

While I’m not sure about the legitimacy of their powers, I believe in karma enough to not want to curse anyone, so I ask if we can make it more of a general ‘protection’ spell. She agrees.

The villain hitter places a (non-specific) paper effigy on a brick in front of me, hands me an old slipper, and instructs me to hit it — hard!

Clearly my performance was sub-par as she snatches the slipper from me mid-way and proceeds to beat the living proverbial out of the paper, chanting all the while.

Once the paper is tattered and pulpy, she takes a cut out of a white tiger (representing ‘Bai Hu’, the ‘bringer of misfortune’) and wraps it around what’s left of the paper effigy, before smearing pork fat over the tiger’s mouth. Both are then set alight, and…poof! My enemies (whomever they may be) have been vanquished. Well, that’s the theory anyway.

Our session over, I hand over a payment of HK$50 (that’s just over five quid) and we’re done.

Standing up to leave, I see that her next customer — a suited and booted businessman who you really wouldn’t expect to be dabbling in Hoodoo — is already waiting eagerly behind me. I wonder who he has lined up for his curse?

Walking away from the dark underpass, there’s incense smoke and, if you believe it, magic in the air. And while I remain decidedly on the fence, there’s definitely something to be said for it beating the crap out of a piece of paper with an old slipper as a means of relieving some tension.

Certainly, the next time I’m in Hongkers and need a good vent, I know where to go.