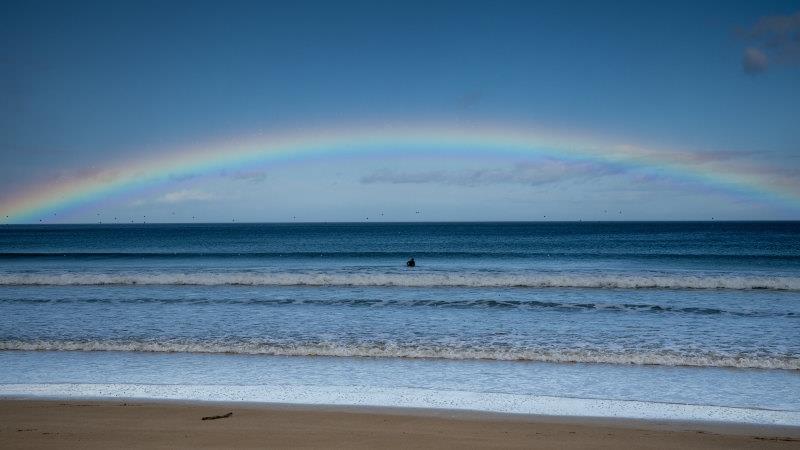 Holidaymakers and motorists cruising along the Great Ocean Road might easily miss the hollowing dunes being eaten away by the surging ocean. In some areas, the ocean has eaten away land just metres from the asphalt.

Many who live on the hillside at Eastern View, where the erosion is at its worst, fear it won’t be long before the collapsing land undermines the iconic road that runs past their homes. 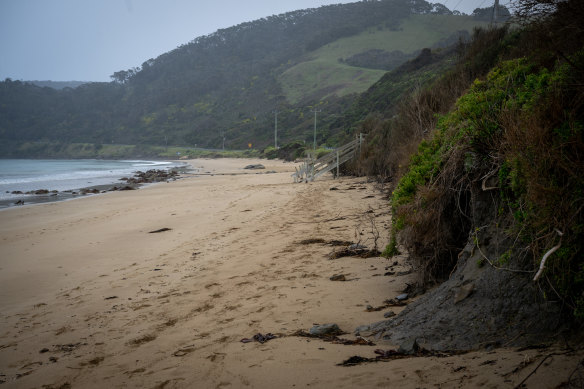 Erosion at Eastern View on the Great Ocean Road.Credit:Eddie Jim

It is here at Eastern View near Fairhaven, between Aireys Inlet and Lorne, where Victoria’s Environment Department is preparing to build a rock wall to guard against the erosion despite concerns rigid structures can worsen the problem and might even result in the beach disappearing underwater at high tide.

Land managers face a vexing question: is it better to protect the enormously popular road at all costs or save the beach?

At least one expert says it is inevitable that vulnerable sections of the road will eventually have to be moved.

Daryl and Josephine Le Grew have watched the ocean eat away at the dunes in front of their house near the proposed rock wall site. 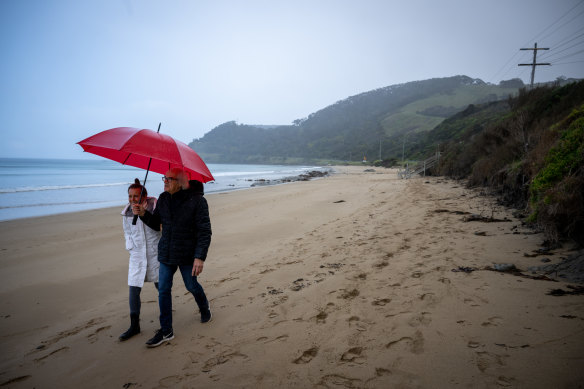 They have seen water gushing up and damaging the wooden stairs leading to the beach. Near their home, at Moggs Creek, a pathway from the car park is closed due to the erosion.

In some sections along the beach, the dunes are hollowing out and on the verge of collapsing. 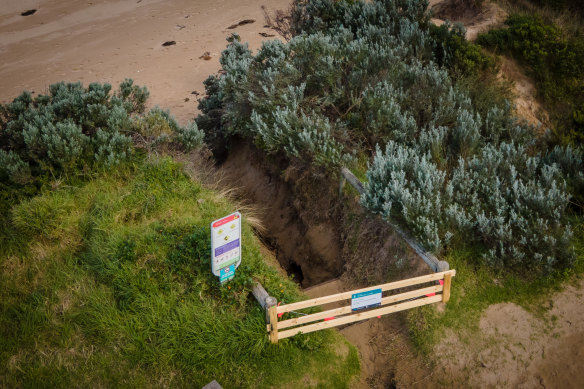 A path at Moggs Creek is closed due to erosion. Credit:Eddie Jim

“You’d lose the visual quality of the beach itself,” he said. “Then there’s the potential for simply shifting the problem.”

half a metre of land has been disappearing each year for the past 30 years from Devil’s Elbow, at the end of Eastern View, according to figures from the Department of Environment, Land, Water and Planning. 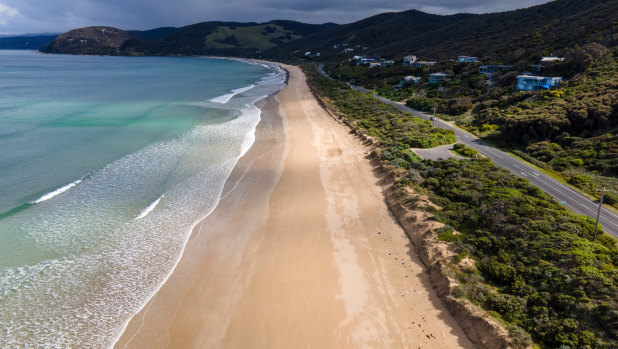 The coastline along the Great Ocean Road is coming under attack from erosion.Credit:Eddie Jim

The department’s regional manager Frances Northeast said the $2 million project at Eastern View would include a 90-metre rock wall at the Devil’s Elbow car park, as well as rock bag protection for other car parks west of the Great Ocean Road’s Memorial Arch.

She said these works provided the best chance to protect the environment and slow the accelerated erosion.

“Living with a changing climate means coastal erosion is progressing faster than it once did, and it’s critical we act now,” Northeast said. 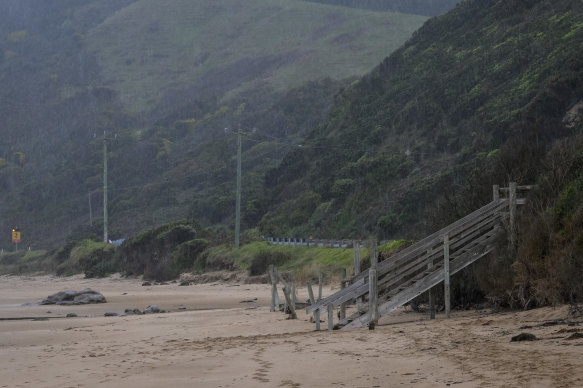 A rock wall will be built at Eastern View where erosion is a serious problem. Credit:Eddie Jim

More walls are planned for other areas, including Apollo Bay.

But Melbourne University coastal erosion expert David Kennedy said rigid structures including seawalls could result in a doubling of erosion on either side of the structure.

He said walls often repelled waves rather than absorbing their power and trapping sand.

“You’ll eventually start to see a lowering of the beach as well,” he said.

Kennedy said authorities were now having to choose between protecting sections of the coastline or the Great Ocean Road. And he argues it is inevitable that vulnerable sections of the road will eventually have to be moved. 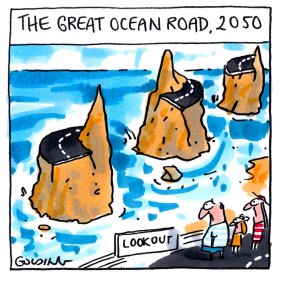 “We’ve really got to think about a managed retreat,” he said.

Aireys Inlet and District Association president Charlotte Allen said the plan to build walls to prevent erosion along the coastline indicated authorities were protecting the road at the expense of the environment.

Allen, who is also chair of the Great Ocean Road Communities Network, agreed that governments needed to consider moving parts of the road.

“It’s an option that deserves to be looked at before they start buggering up the coastline,” she said.

Erosion is plaguing the coastline with cliffs crumbling into the ocean. Large sheets of rock and sediment have peeled off the cliffs recently. On New Year’s Eve a man died near Bells Beach when a section of cliff collapsed.

Climate change is accelerating the problem. 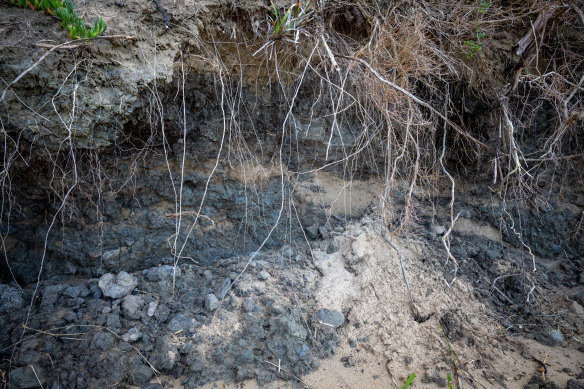 Erosion in the dunes at Eastern View. Credit:Eddie Jim

While the department has no plans to move the Great Ocean Road, Allen said it had come under serious threat from erosion at Apollo Bay, Wye River and Skenes Creek.

Le Grew, an architecture professor and former vice-chancellor at the University of Tasmania, said other options used overseas should also be considered, including sand-catching fences and re-nourishing the shoreline.