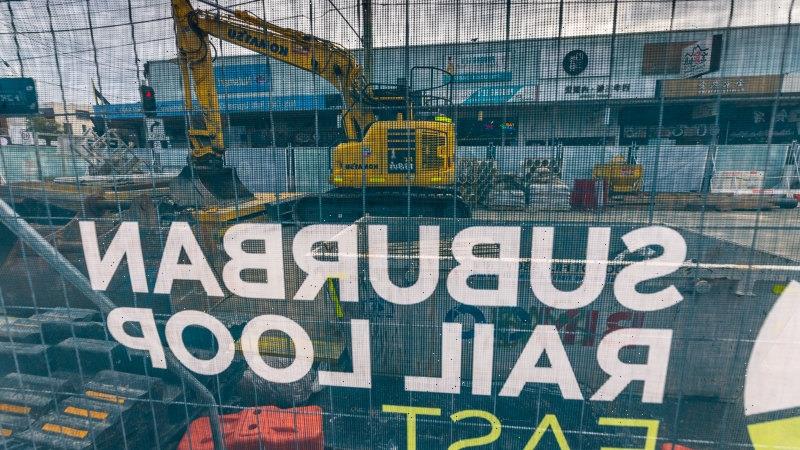 The Andrews government has declared the first section of the Suburban Rail Loop should be built, regardless of whether future governments decide to complete the rest of the mammoth project.

With the November election shaping as a referendum on whether to continue or stop the largest infrastructure investment in the state’s history, Transport and Infrastructure Minister Jacinta Allan said “enormous benefits” would be realised by completing the 26-kilometre eastern section alone. 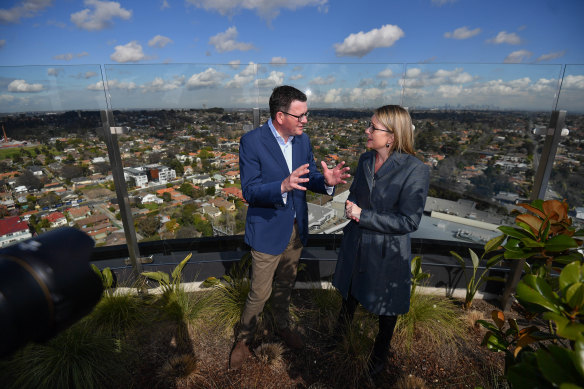 “Our business case shows that,” she told The Age. “The trip from Cheltenham to Box Hill will be 22 minutes and go through Monash University, the country’s biggest university and a university at the centre of a health and research precinct.

“It would be up to a future government to explain why they walk away from it, if they chose to. From our perspective we want to build the Suburban Rail Loop, we have got to get started and we are getting started with Suburban Rail Loop East.”

Opposition Leader Matthew Guy this week elevated the Suburban Rail Loop to a central election issue when he vowed to shelve the project and divert the money saved towards the state’s healthcare crisis.

Guy’s case was backed by Parliamentary Budget Office figures showing the first two sections of the project could cost up to $125 billion, more than double the projected cost that Premier Daniel Andrews took to the 2018 election.

He told The Age that building only the eastern section of the loop was a ridiculous proposition.

“The priority is to fix the health system – everything is trumped by that,” he said.

The probable cost of the first section of the loop is less contentious than other parts of the project. The government in its business and investment case released last year put the cost of the Cheltenham to Box Hill part of the line at $30-34.5 billion; the Parliamentary Budget Office this week said $36.5 billion.

Along the proposed, underground route of the eastern section, where traffic was this week disrupted along Clayton Road to allow for the relocation of sewage pipes to prepare for tunnel construction, there was already evidence of strong support for the project. 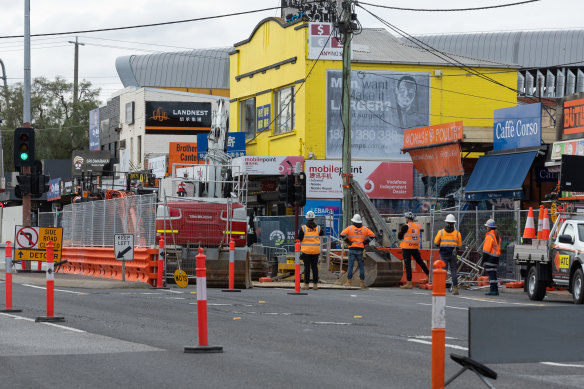 Monash University vice-chancellor Margaret Gardner issued a statement noting that the university had been advocating for the need for a railway station since the 1960s and backed the Suburban Rail Loop as the “best possible solution for the Monash community.”

Monash Mayor Stuart James has three proposed SRL stations on his local government patch at Monash University, Clayton and Glen Waverley. He said his constituents were overwhelmingly supportive of the project and it would be “ludicrous” for it to be scrapped now.

“There are holes in the ground, people are digging,” he said. “We can’t keep throwing away billions of dollars of taxpayer money on projects because we change our government.”

James was also critical of how the government has sold the project. He said the Suburban Rail Loop was being promoted as a new rail line but is better understood as a long-term, strategic planning response to Melbourne’s forecast population growth.

Buried within what the government describes as its business and investment case for the Suburban Rail Loop is a table which shows how the project will transform areas surrounding the six proposed stations on the eastern line once both it and the loop’s northern section – from Box Hill to Melbourne Airport, is built.

One of the aims of the Suburban Rail Loop is to create “20-minute cities” by stimulating greater economic activity and the construction of more affordable, higher-density housing within walking distance of its stations.

Documents prepared by consultancy KPMG predict that within the Monash precinct, the population will double and jobs will increase five-fold as a consequence of the rail line. The population of the Box Hill precinct is predicted to swell from 29,000 people to 77,500 people.

Philippe Pratchich’s family has owned and operated the popular Indochine Restaurant in Box Hill for almost three decades. In that time, he has seen the main shopping strips get busier and the skyline dotted with high-rise buildings. He said he can’t wait until the Suburban Rail Loop is built, and the state cannot afford to shelve the project. 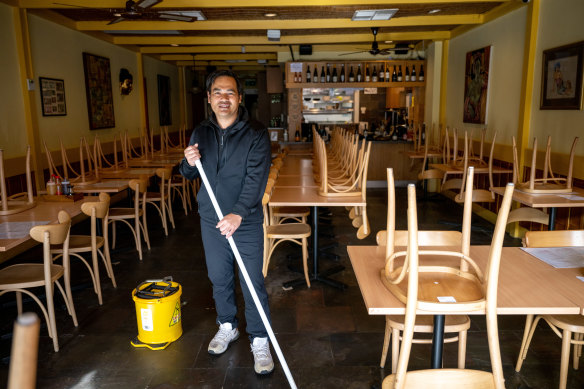 “The loop from Monash University to here will be good because a lot of students are in this area,” he said. “And we need a line from the airport because of tourism. Tourism is all about connection.”

Guy said you can either repair the health and hospital system or build a $30 billion railway. “You can’t have both, it is very simple,” he said. Gary thinks you can.

Gary – who did not want his surname used – lives in Blackburn South, just down the road from Box Hill, and wants the government to invest more in fixing the healthcare system and a rail line that will connect the middle-ring suburbs.

He said stopping the Suburban Rail Loop now would be like pulling up a Melbourne Cup field a mile into the race. 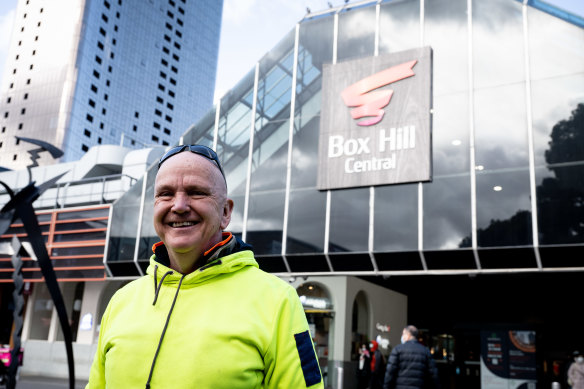 Gary believes Victoria can have top-flight healthcare and transport.Credit:Eddie Jim

Paul Hamer, Labor’s member for Box Hill, spoke to The Age after he’d spent the day door-knocking. He said that some of his constituents were concerned that if the loop did not go ahead, they wouldn’t have a job. While health services were important, so was transport, he said. “People understand that a government can and should improve both.”

At the southern end of the eastern section, Liberal MP for Sandringham Brad Rowswell said stopping the rail line would preserve local parks and help pay for upgrades to the local hospital.

He said Guy’s singular focus on the healthcare crisis will resonate in outer suburbs where poor access to GPs is adding pressure to hospital emergency departments and the Suburban Rail Loop is a distant concern.

However, the decision to shelve the SRL will do little to improve the Liberal Party’s standing in the middle-ring suburbs which would benefit from improved transport and, potentially, jobs closer to home.

Allan said the Suburban Rail Loop was a response to one of the biggest, long-term problems confronting Melbourne; how to keep functioning a city which, despite the interruption of the pandemic, is forecast to match the current population of London within the next 30 years.

“Without a step-change in the transport network, what you are saying to people in the suburbs is your roads are going to get even more congested,” she said.

“If we don’t intervene now, we are going to compound an existing problem. By the time you go to make an intervention it will be too late.

“A city of 9 million people needs to accommodate an extra 11.8 million daily public transport trips and an 80 per cent increase of private vehicles on the road. You will have people further and further away from those opportunities with less ability to get there.”

Guy, having identified Melbourne’s population growth as a key issue ahead of the last state election, said the pandemic has fundamentally changed Melbourne’s likely rate of growth and the political debate.