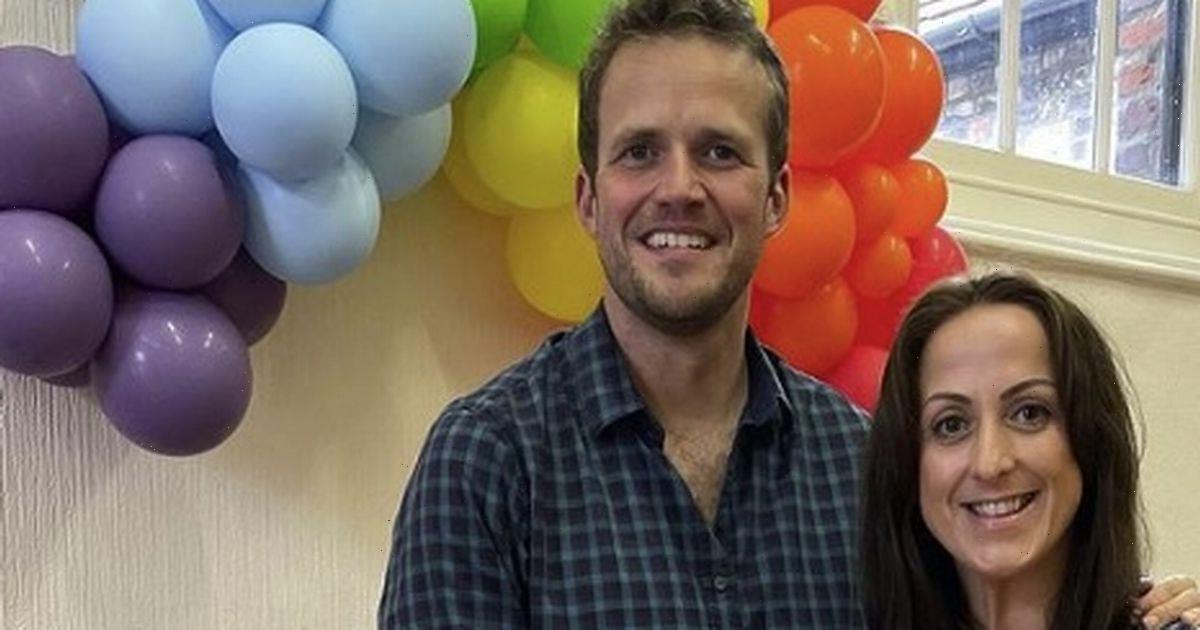 Natalie Cassidy has shared a rare snap of her fiancé Marc Humphreys as the couple celebrated her daughter's sixth birthday.

The EastEnders star, 39, posted a series of photos to her Instagram which gave her fans a glimpse into how the family celebrated six year old Joanie's big day.

Within the gallery was a photo of Natalie, Joanie and Marc all together as the trio posed in front of a giant white chocolate cake, a rainbow balloon arch and a giant multicoloured six balloon.

Captioning the post, she wrote: "Our gorgeous Joanie had the best 6th birthday ever! Celebrated with nearest and dearest, she loved the whole day.

"Where does the time go? I can’t believe she is 6 and getting funnier by the minute."

The actress went onto thank all the entertainers and caterers.

She added: "I think the adults were entertained just as much as the kids!"

Natalie and cameraman Marc have been together since 2014 and in 2015 the couple announced they were engaged.

Natalie last shared a snap of herself and her fiancé in April as the couple holidayed in Cornwall.

The pair could be seen laying on a sunny beach as they both appeared to be wrapped up and wearing sunglasses.

As well as being a mum to Joanie she also has an 11 year old daughter, called Eliza, who she shares with former boyfriend Adam Cottrell.

Natalie first found fame by playing Sonia Fowler in EastEnders, a role she has held since she was just 10 years old.

In a recent interview with the Daily Star, she revealed that some of her co-stars would take her clubbing at the age of just 14.

She explained: "Really, it wasn’t good, was it? I was about 14. I’d be out in Sugar Reef. A different club every night.

"They’d go, 'Hello Sonia, in we go!' Table, all your drinks on it… shambles! We used to drink champagne, vodka and Red Bull."

Natalie also revealed she had plenty of celebrity encounters during her nights out, she added: "Do you remember Pop? I used to go there with H from Steps and Adam Garcia. They were good times.

"I met Victoria and David at a Twice As Nice do after a Smash Hits party and I won an award."

EastEnders continues on BBC One on Mondays, Tuesdays, Wednesdays and Thursdays at 7:30pm on BBC One.

For the latest on all your favourite celebrities and EastEnders , sign up for OK!'s daily newsletter here.