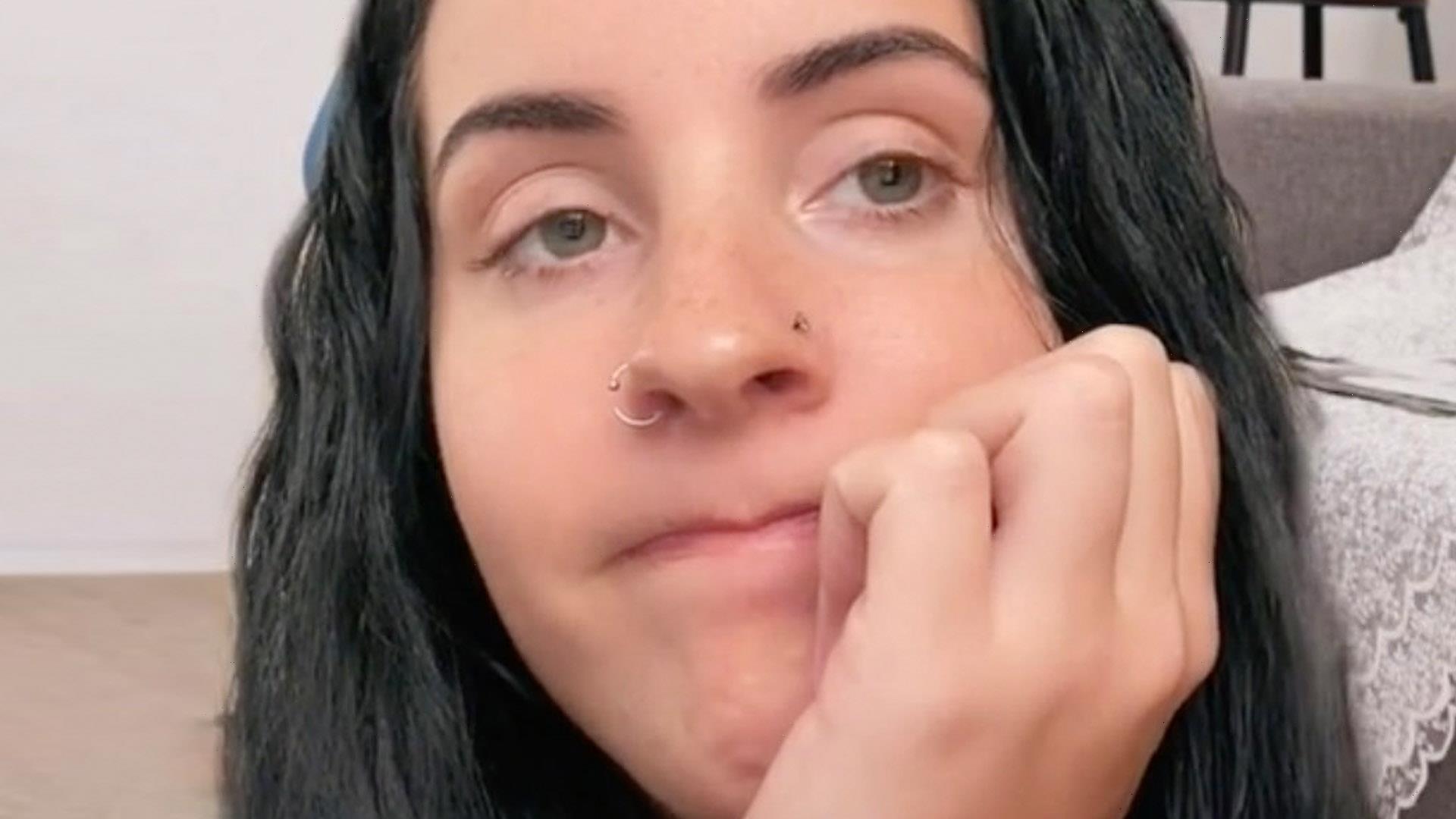 AN American woman was seriously disappointed when her Shein jeans turned up and looked nothing like the picture online. 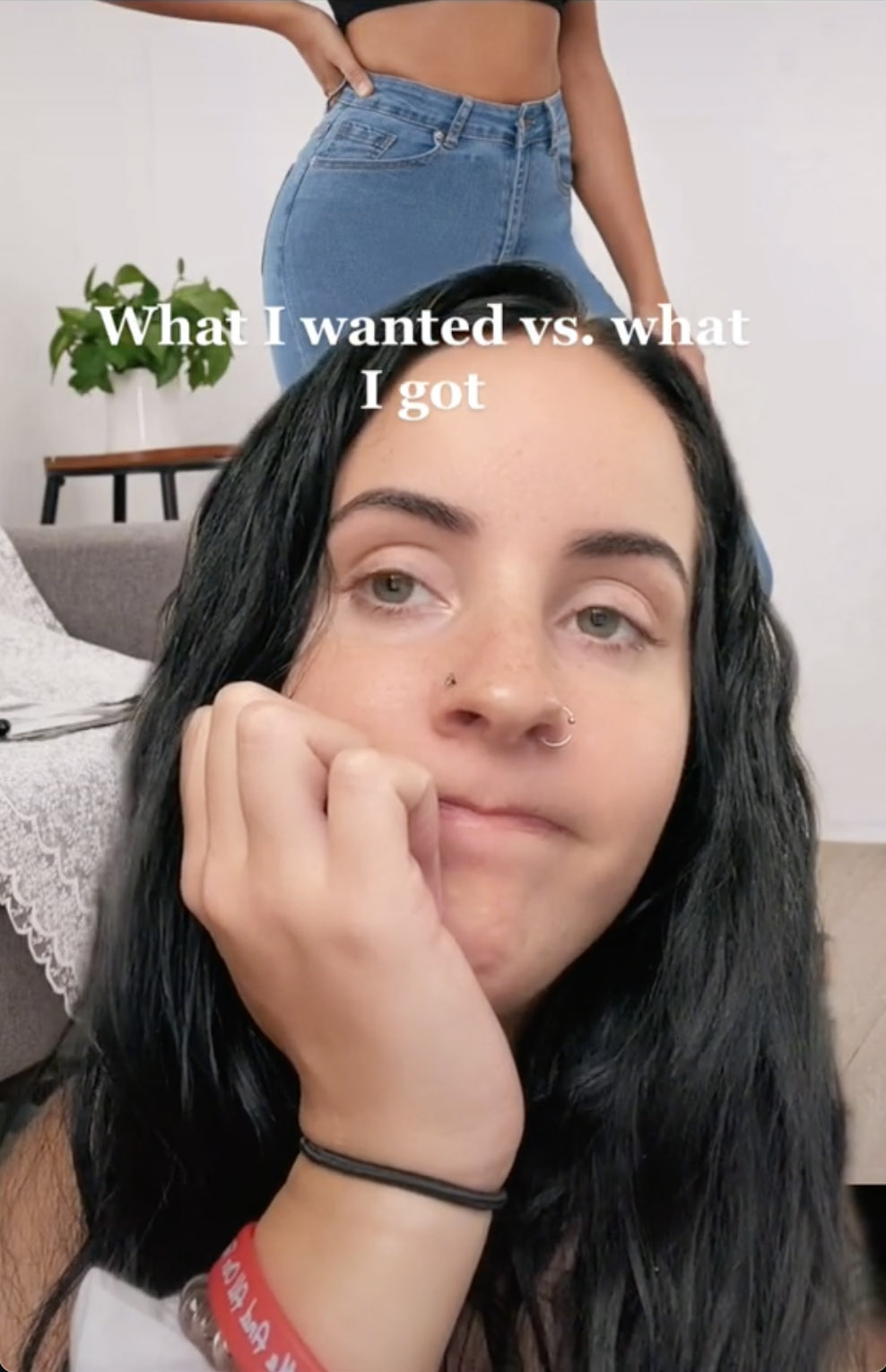 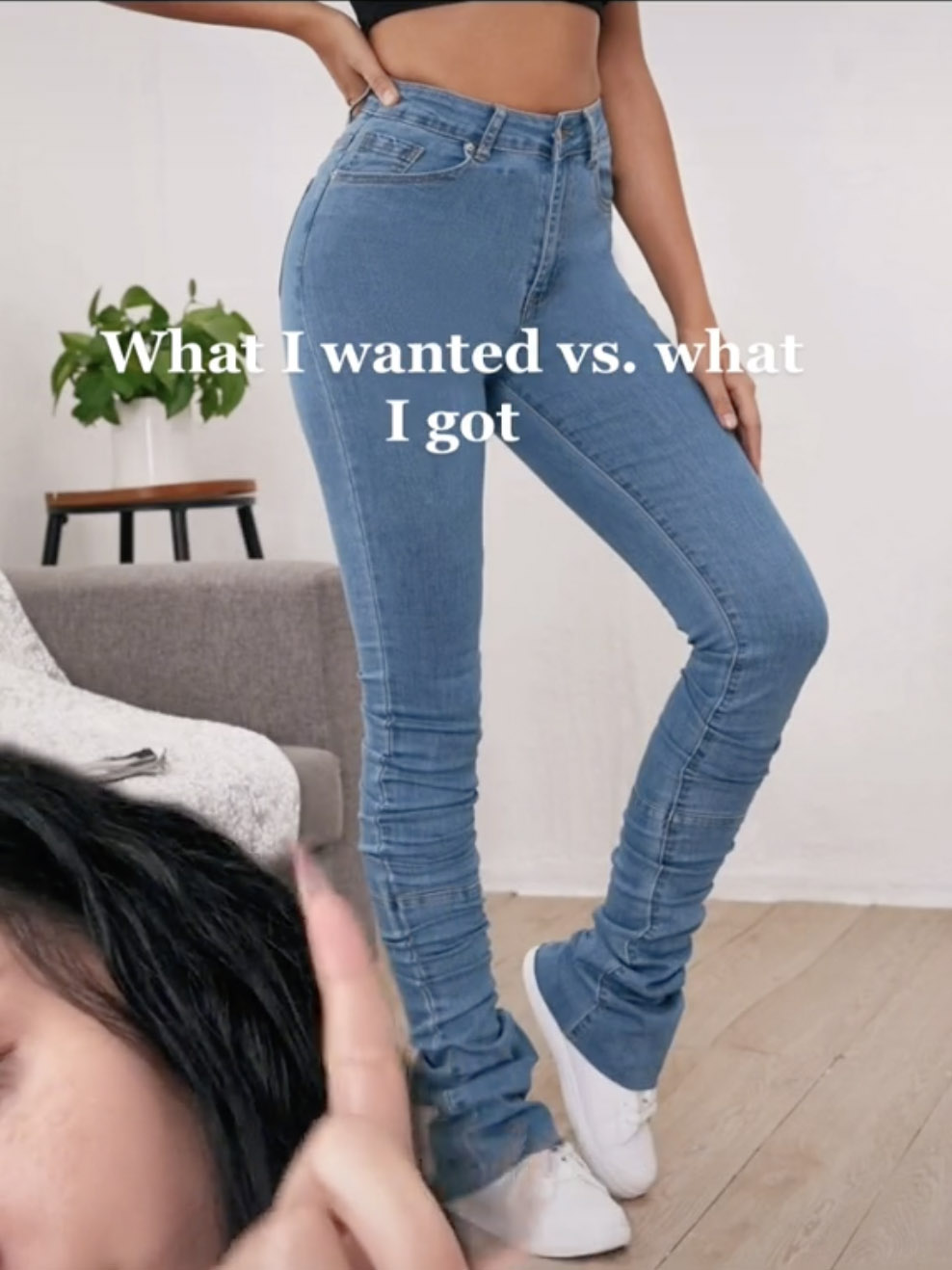 First, she shows the jeans on the model, grimacing as the photo comes up behind her.

The jeans are high-waisted with a light wash, and though the fit is mostly snug like skinny jeans, the bottom has a bunched-up look.

They widen out just slightly at the bottoms to fit over the tops of the model's shoes. 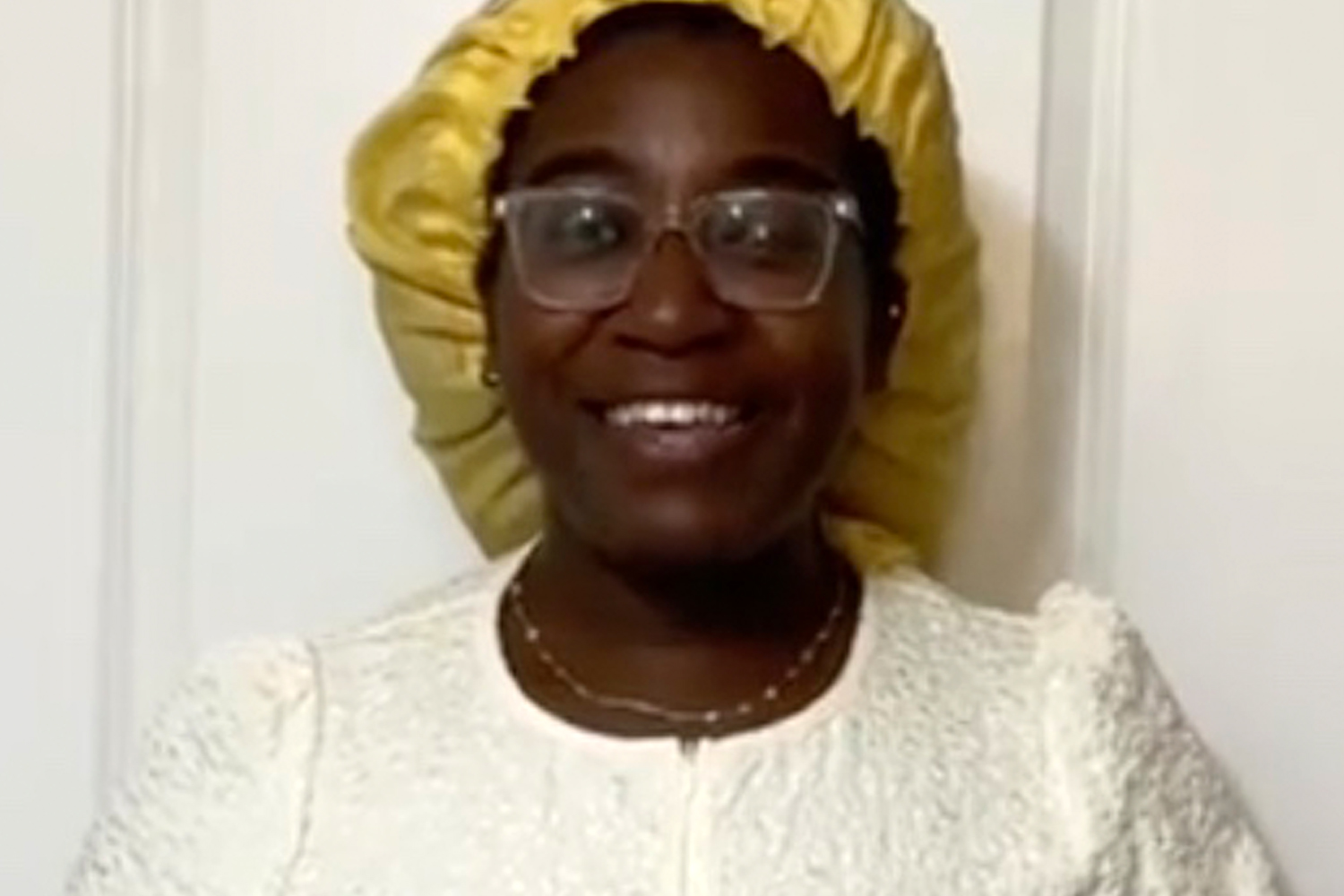 But that's not what they looked like when Melanie tried them on.

In a video taken in front of the mirror, she wears the jeans herself, modeling them with just a bra.

The bottoms of the jeans extend about a foot past her ankles, covering her feet and going on for several more inches, widening toward the end of the fabric.

"Pants were made for a giraffe," wrote one commenter. 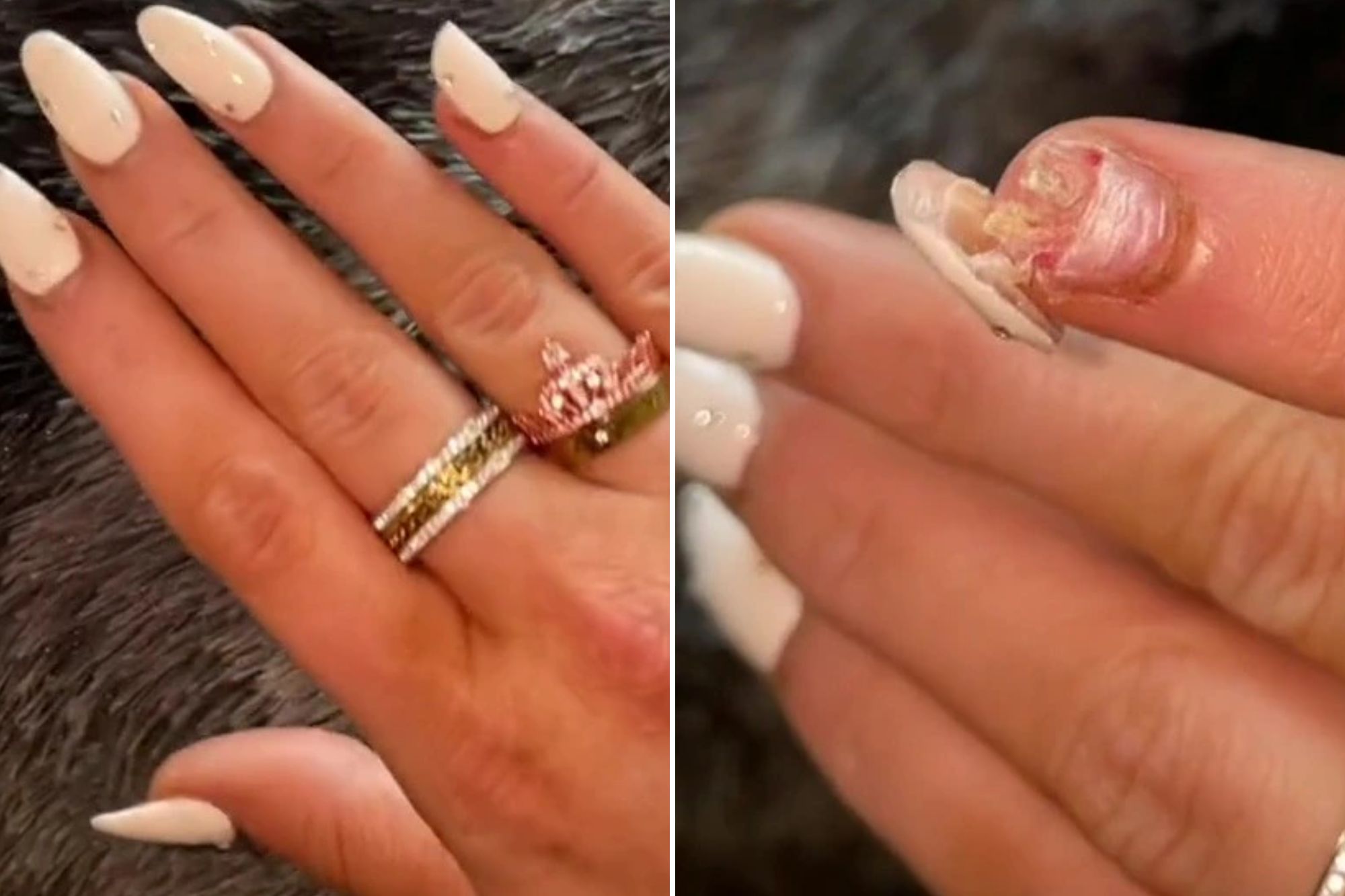 "You are reading to go diving in the ocean," wrote a third.

But other commenters say there's nothing wrong with the jeans, and Melanie just wasn't wearing them correctly.

"Girl lmao ur supposed to scrunch them up," wrote one, while another insisted: "Girl pull the pants up and it’ll literally be the picture."

"They’re stacked jeans girl, you have to scrunch up the bottoms & put some shoes on…" commented one more. 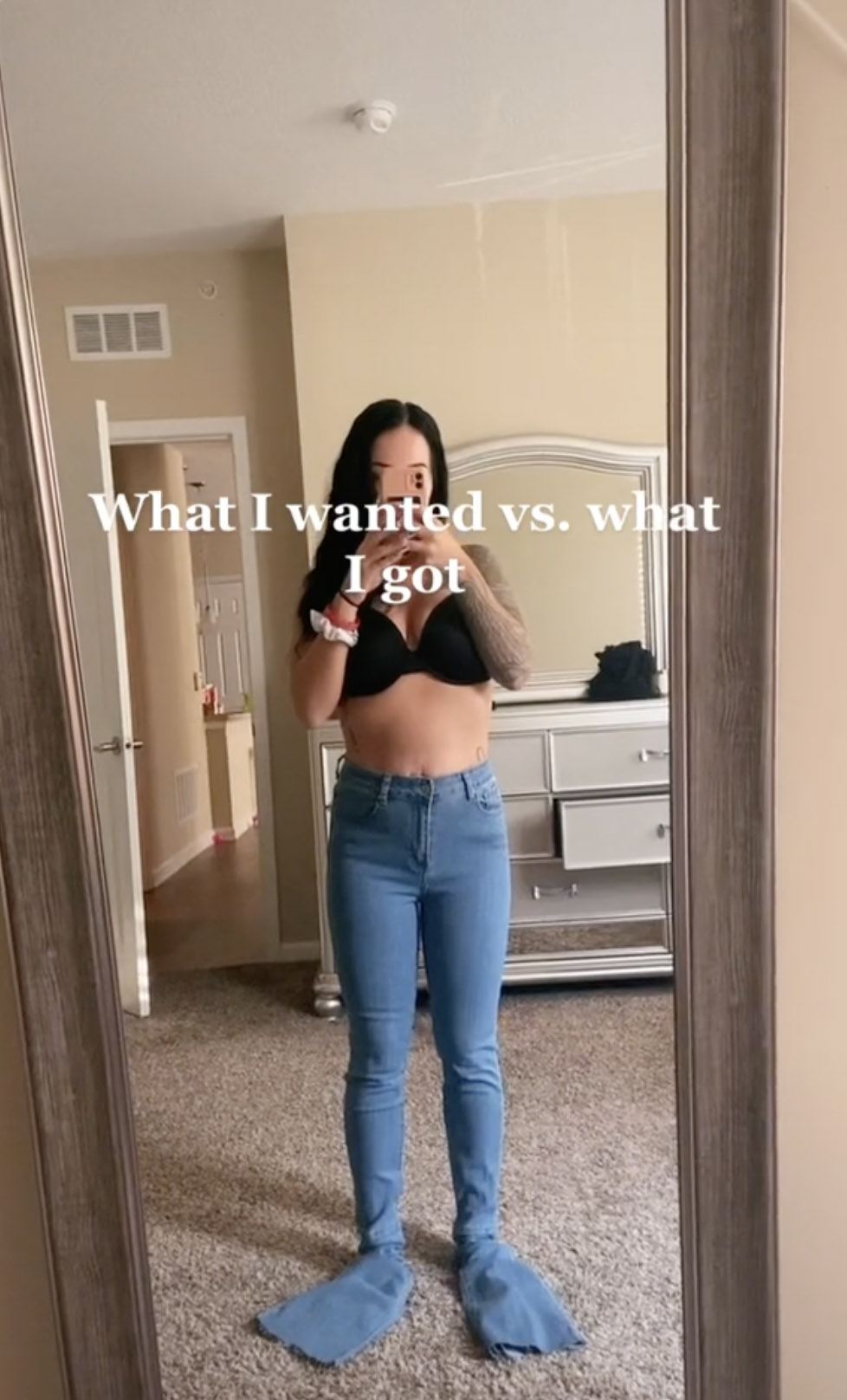