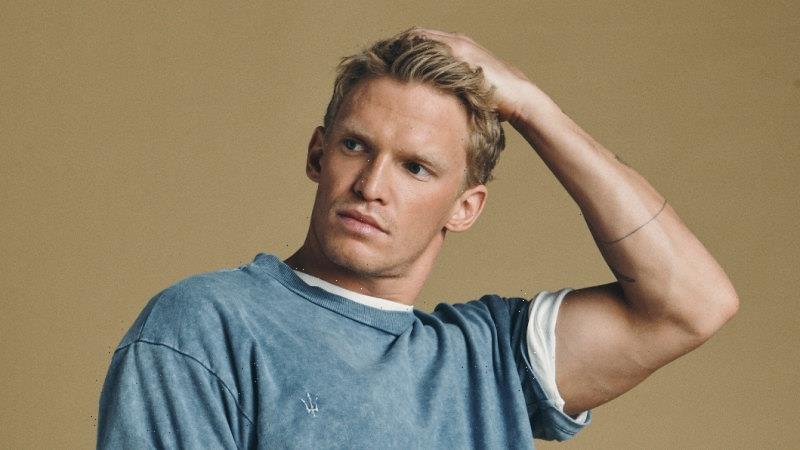 The chlorine is barely rinsed from swimmer Cody Simpson’s cropped blond hair after the Commonwealth Games, and he’s already diving into another venture.

With the global launch of his fashion label Prince Neptune on Tuesday, the pop star, occasional actor, sometime poet and athlete is changing lanes again, swapping Speedos and his gold medal for loose sweats, boxy blue T-shirts and hoodies bearing a trident logo. 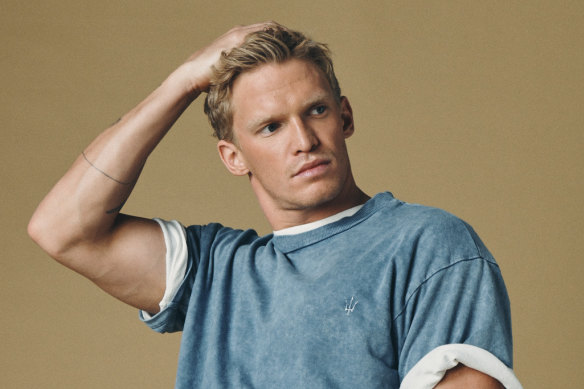 The gender-inclusive collection has been gestating for two years alongside a rigorous training schedule but Simpson, 25, is adamant the cosy basics do not distract from his sporting goals. Designing clothes makes him a better swimmer.

“I am 100 per cent committed to swimming 24/7,” Simpson says. “But if that was the only thing on my mind I would probably get a bit lost in it.”

“The way Prince Neptune makes me feel seems to balance everything else I’m doing. Creative endeavours like this for me tap into a different part of my brain that I don’t get to with swimming and sport. It does the same thing for me as making an album.” 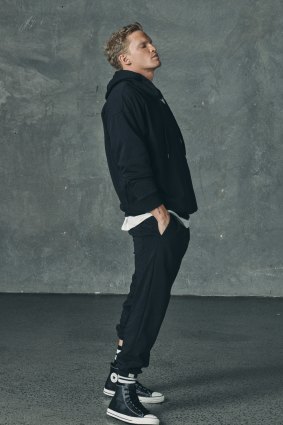 Beyonce has the alter ego Sasha Fierce, Mariah Carey has Mimi and Simpson’s pop-star ex-girlfriend Miley Cyrus had Hannah Montana, so Prince Neptune was originally developed by Simpson for a book of poetry released in 2020, but now operates as an outlet for grander fashion ambitions.

“I want Prince Neptune as a brand and as a label to be reflective of everything I like,” Simpson says. “Ralph Lauren is someone that I look to in terms of a mogul who makes sure that everything he does is what he likes. Over his lifetime he has developed an amazingly diverse brand that reflect everything he’s into from cars, horses to Americana.”

“That’s what I would like Prince Neptune and the trident to be.”

Melbourne fashion agency Styletica, which specialises in creating collections for influencers eager to capitalise on their social media following, is helping Simpson takes his first steps toward runway domination.

The range is promoted as environmentally conscious, with a focus on organic cottons, recycled polyesters and compostable packaging as well as working with ethical factories.

“Due to COVID-19 and the approach we’ve taken, it’s been slow to get going. We have taken a pretty sustainable route and considered every facet of the process, trying to make it as conscious as we can,” he said.

“In comparison to the fast fashion stuff. You’d call this slow.”

With coming collections, Simpson plans to shave more than seconds from his production times as he inches closer toward Ralph Lauren-style domination. Polo shirts don’t rate a mention but not surprisingly, swimwear is part of the next wave.

“I do have ambitions to diversify,” he says. “I want to do swimwear. I really love higher-end clothing, luxury and formal wear.” 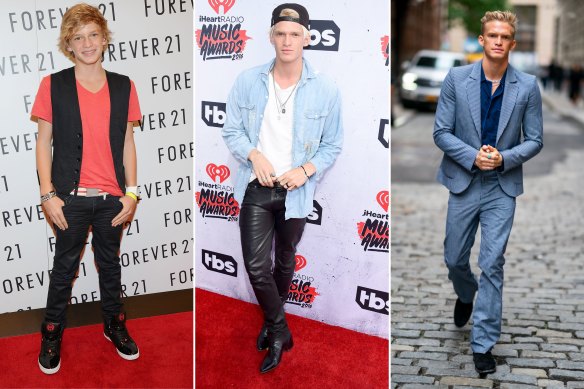 Part of the reason that tailored jackets, and the printed shirts Simpson created for former pro surfer Luke Stedman’s label Insted We Smile in 2016 are absent from the collection is the new laid-back approach to life he has adopted alongside girlfriend and champion swimmer Emma McKeon.

“I wanted to have things I could wear in my life and currently, for six days a week, I am in the pool and gym,” he says. “I wear these pieces to the gym a lot, hanging out at home, or on the couch taking naps and stuff.”

Naps are essential to keep up with Simpson’s workload, which he says is no different from other swimmers who don’t have 4.6 million followers on Instagram or paparazzi documenting their love life.

“Other swimmers are studying university, starting businesses or have other jobs. This is mine. I like to stay busy. I like to have other things going outside the pool. Even if they stress me out occasionally.”

“If my shoulder blew out tomorrow and I couldn’t swim again I would like to know that I wouldn’t go into a deep dark hole of feeling lost. It’s not my complete identity.”