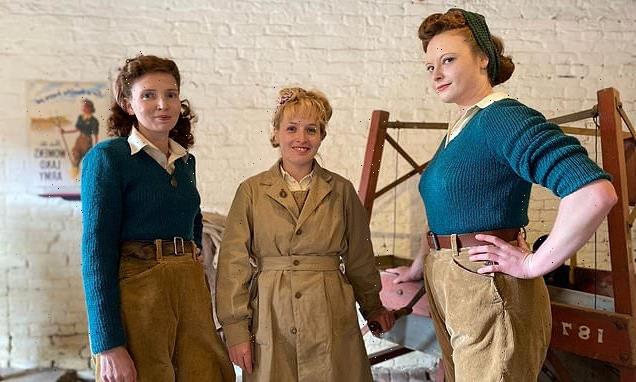 A Farm Through Time (C5)

All right, chaps, stand down. Time to let the ladies take charge. Don’t you know there’s a war on?

Historian Ruth Goodman and the Women’s Land Army were showing the boys how to cope with a crisis, as A Farm Through Time (C5) recreated World War II.

In their high-waisted corduroy trousers and woollen jumpers, Land Girls Leanne, Charlotte and Faye demonstrated the hand-cranked potato riddler, a manual conveyor belt that sorted the tubers into different sizes. 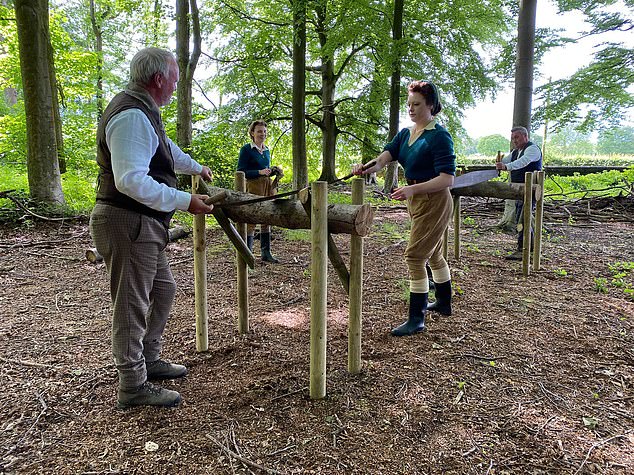 A Farm Through Time presenters Dave and Rob Nicholson, contributors Charlotte, Leanne and Faye – they’re having a sawing competition 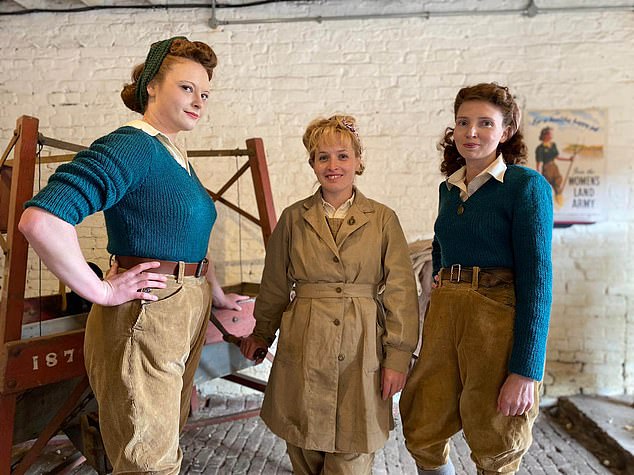 Then they grabbed two-handled saws and marched into the woods at the National Trust’s Tatton Park in Cheshire to slice some logs.

The female foresters were known as Timber Jills in the 1940s — though not to their faces, I imagine.

It’s not prudent to laugh at a woman with biceps and a 5ft-long serrated metal blade.

FAB FOUR FAN OF THE NIGHT

Elderly patient John, on his way to hospital in Ambulance (BBC1), was getting tearful until paramedic Becca played his favourite Beatles song on her phone — Love Me Do. A singalong ensued. At a zebra crossing, I was half expecting the band to stroll across, Abbey Road style.

Ruth, who has tilled the soil on experimental farms set in past periods from the Iron Age to medieval and Victorian times, looked completely at home.

She claimed never to have sheared a sheep before, but you wouldn’t have guessed.

Her animal emerged with a brutal short-back-and-sides — Brian May one minute, Peaky Blinders’ Tommy Shelby the next.

Presenters Rob and Dave Nicholson, 50-something farming brothers, watched obediently from the sidelines.

Then, like boys expecting a clip around the ear at any moment, they followed Ruth into the kitchen and helped her to prepare supper.

The recipe was vegetable stew under a thin pastry crust, a wartime classic known as Lord Woolton Pie, named after the World War II minister for food.

It was heavy on the carrots which, according to a legend of the time, were good for night vision. ‘You never see a rabbit wearing glasses,’ agreed Rob.

Rob and Dave could count themselves lucky to get any supper at all, because unlike the ladies they’d spent the day making a right muck of everything.

Given a Fordson tractor, they were challenged to plough a straight furrow. One stalled the engine, the other couldn’t get it to stop.

The result was more like a World War I trench.

Next week they’re going back to Thomas Hardy’s era, when women ran the dairies and a gentleman farmer’s job was to lean on a gate and smoke his pipe.

The brothers ought to be able to cope with that. Meanwhile, we’ve now got looming food shortages and war in Europe. Time to revive the Women’s Land Army, perhaps.

There’s no likelihood of a return to wartime policing, though. Their methods were far too austere for today’s justice system.

A sergeant in charge of the overnight cells in Grimsby, on Hotel Custody (ITV), agreed the £14 million facilities were luxurious.

‘Detainees are guests to a certain degree,’ he said. ‘It’s a bit like one of your busiest hotels. We’re going to treat them as customers rather than prisoners.’

Each ensuite cell has an intercom, and inmates are encouraged to buzz through to request anything they fancy, such as a snack, drink or magazine. 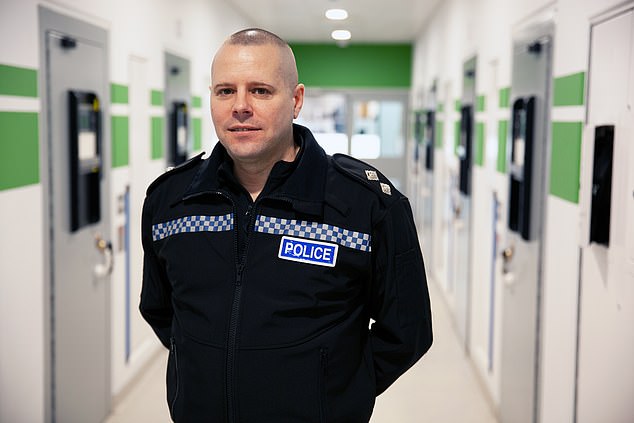 A sergeant in charge of the overnight cells in Grimsby, on Hotel Custody (ITV) 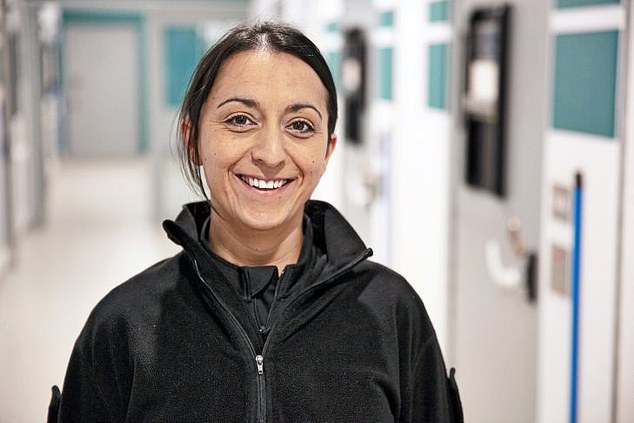 Each ensuite cell has an intercom, and inmates are encouraged to buzz through to request anything they fancy, such as a snack, drink or magazine – Hotel Custody

Some guests failed to appreciate the five-star conditions.

One man, drunk and drugged into a bestial state, could do nothing but roar abuse.

Another woman, arrested at the fag-end of a boozed-up fancy dress party, insisted she had to be innocent because she couldn’t remember punching a policewoman.

Many detainees were released without charge after they’d sobered up. One philosophical officer remarked: ‘How they are living their lives, they think that is normal. What is normal nowadays?’

If we were meant to chuckle at all this, I couldn’t. It was just too depressing.