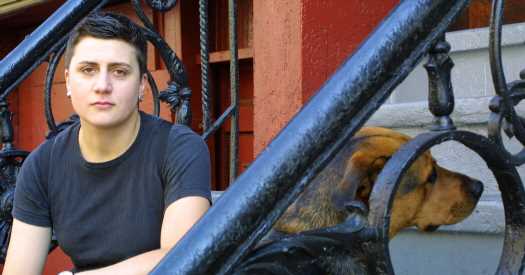 Her best-selling 2006 book about that experience, “Self-Made Man,” made her a media darling. But it cost her psychologically. 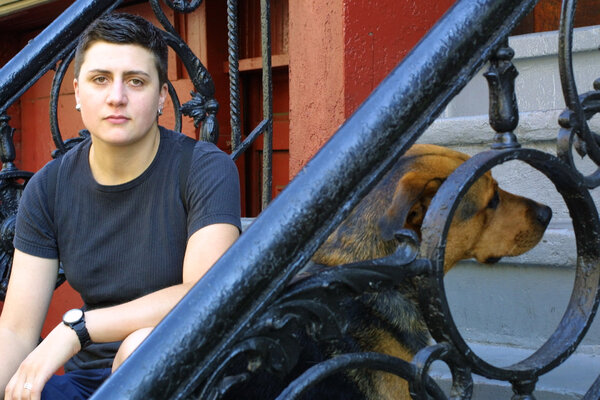 In the winter of 2003, Norah Vincent, a 35-year-old journalist, began to practice passing as a man.

With the help of a makeup artist, she learned to simulate stubble by snipping bits of wool and painting them on her chin. She wore her hair, already short, cut in a flattop, and bought rectangular framed glasses, to accentuate the angles of her face. She weight-trained to build up the muscles in her chest and back, bound her breasts with a too-small sports bra and wore a jock strap stuffed with a soft prosthetic penis.

She trained for months with a vocal coach at the Juilliard School in Manhattan, who taught her to deepen her voice and slow it down, to lean back as she spoke rather than leaning in, and to use her breath more efficiently.

When her book about her experience, “Self-Made Man,” came out in 2006, it was a nearly instant best seller. It made Ms. Vincent a media darling; she appeared on “20/20” and on “The Colbert Report,” where she and Stephen Colbert teased each other about football and penis size.

But the book was no joke. It was a nuanced and thoughtful work. It drew comparisons to “Black Like Me,” the white journalist John Howard Griffin’s 1961 book about his experiences passing as a Black man in the segregated Deep South. David Kamp, writing in The New York Times, called Ms. Vincent’s book “rich and audacious.”

Ms. Vincent died on July 6 at a clinic in Switzerland. She was 53. Her death, which was not reported at the time, was confirmed on Thursday by Justine Hardy, a friend. The death, she said, was medically assisted, or what is known as a voluntary assisted death.

Ms. Vincent was a lesbian. She was not transgender, or gender fluid. She was, however, interested in gender and identity. As a freelance contributor to The Los Angeles Times, The Village Voice and The Advocate, she had written essays on those topics that inflamed some readers.

She was a libertarian. She tilted at postmodernism and multiculturalism. She argued for the rights of fetuses and against identity politics, which she saw as infantilizing and irresponsible. She did not believe that transsexuals were members of the opposite sex after they had surgery and had taken hormones, a position that led one writer to label her a bigot. She was a contrarian, and proud of it.

Ms. Vincent spent 18 months living as Ned and putting him in a number of stereotypical, hypermasculine situations. He joined a blue-collar bowling league, though he was a terrible bowler. (His teammates were kind and cheered him on; they thought he was gay, Ms. Vincent learned later, because they thought he bowled like a girl.)

He spent weeks in a monastery with cloistered monks. He went to strip clubs and dated women, though he was rebuffed more often than not in singles bars. He worked in sales, hustling coupon books and other low-margin products door-to-door with fellow salesmen who, with their cartoon bravado, seemed drawn from the 1983 David Mamet play “Glengarry Glen Ross.”

Finally, at an Iron John retreat, a therapeutic masculinity workshop — think drum circles and hero archetypes — modeled on the work of the men’s movement author Robert Bly, Ned began to lose it. Being Ned had worn Ms. Vincent down; she felt alienated and disassociated, and after the retreat she checked herself into a hospital for depression.

She was suffering, she wrote, for the same reason that many of the men she met were suffering: Their assigned gender roles, she found, were suffocating them and alienating them from themselves.

“Manhood is a leaden mythology riding on the shoulders of every man,” she wrote, and they needed help: “If men are still really in power, then it benefits us all considerably to heal the dyspeptic at the wheel.”

Ms. Vincent practiced another feat of immersive journalism for her next book, “Voluntary Madness: My Year Lost and Found in the Loony Bin” (2008).

The idea came to her after her Iron John unraveling, when she had committed herself to the hospital as a suicide risk. While in treatment, she said, she thought to herself: “Jesus, what a freak show. All I have to do is take notes and I’m Balzac.”

What transpired was less tidy than “Self Made Man,” however. As she toured mental institutions — a Bellevue-like urban one, a high-end facility in the Midwest and finally a New Age clinic — Ms. Vincent found herself increasingly mired in depression and juggling a cocktail of medications. The book’s conclusion did not endear her to reviewers, as she exhorted those in extremis like her to move on and “put your boots on.”

Norah Mary Vincent was born on Sept. 20, 1968, in Detroit. Her mother, Juliet (Randall) Ford, was an actress; her father, Robert Vincent, was a lawyer for the Ford Motor Company. The youngest of three, Norah grew up in Detroit and London, where Mr. Vincent was posted for a while.

She studied philosophy at Williams College, where at 21 she realized she was a lesbian, she told The New York Times in 2001, when her contrarian freelance columns began drawing fire. She spent 11 years as a graduate student in philosophy at Boston College and worked as an assistant editor at the Free Press, a publishing house that before it folded in 2012 put out books on religion and social science and had, in the 1980s, a neoconservative bent.

Ms. Vincent’s first work of fiction was “Thy Neighbor” (2012), a dark, comic thriller about an unemployed alcoholic writer who begins spying on his neighbors while trying to solve the mystery of his parents’ murder-suicide: voyeurism as a means to self-knowledge. “I’ll never be whole or unharmed or kind again,” Nick, her protagonist, says. “But I can know everything about my neighbors’ lives, and in so doing, I can ease what is unsatisfied in me.”

Ms. Vincent is survived by her mother and her brothers, Alex and Edward. A brief marriage to Kristen Erickson ended in divorce.

In 2013, Ms. Vincent began a new novel, “Adeline,” in which she imagined the inner life of Virginia Woolf from the moment Woolf conceived her novel “To the Lighthouse” — in her bathtub — to the morning in 1941 when she walked into the river near her home in Sussex, England, her pockets filled with stones, and drowned.

As Ms. Vincent was working on the book, she tried to kill herself.

“Adeline,” she wrote later in an essay for the website Literary Hub, was “not just a work of fiction, or an act of literary ventriloquism. It was my suicide note.”

Getting dangerously lost in her work was nothing new, she added. “In ‘Adeline,’ I did what I had done so often before. I disappeared into someone else, and I emerged as myself.”

When the book was published in 2015, Carlene Bauer, a novelist and memoirist, reviewed it for The New York Times Book Review. “Vincent,” she wrote, “is a sensitive recorder of a mind’s movements as it shifts in and out of inspiration, and as it fights before submitting to despair.”