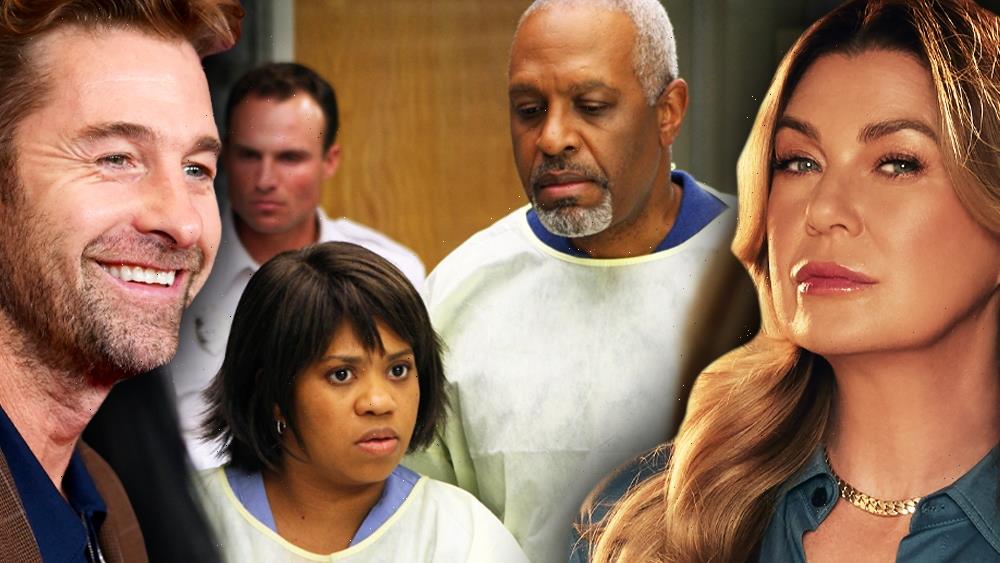 Grey’s Anatomy’s Season 18 finale left the fate of several major characters in limbo, leaving fans to fret over the summer if their favorites are coming back.

Deadline already broke the news that star Ellen Pompeo will be scaling back her on-screen presence, appearing in eight episodes next season while remaining an executive producer. Also switching from a series regular to recurring status for Season 19 is Scott Speedman. The news is not surprising; the former Animal Kingdom star had signed a one-year series regular contract for Season 18 as a romantic interest for Pompeo’s Meredith. At the end of the Season 18 finale, Meredith and Speedman’s Nick had a falling out, she told him that he should probably go back to Minnesota. He walked out, she eventually ran after him but by then he was gone in one of the finale’s many cliffhangers.

With Speedman set to return in Season 19 as a recurring guest star, Meredith and Nick’s storyline is expected to get a proper wrap.

I hear of the group, only McCreary’s contract was up this year and was renewed. A slew of Grey’s Anatomy series regulars’ deals are up next May, which will make for a suspenseful second half of the season. ABC has not said yet whether the upcoming 19th season will be the series last, a possibility with Pompeo’s reduced presence.

Some of the other Season 18 finale cliffhangers involved Pickens, Jr.’s Richard left with little to do as the Grey Sloan teaching program was shut down, sending current residents, including Borelli’s Levi packing; Wilson’s Bailey quit, with Meredith becoming an interim Chief Of Surgery; while McKidd’s Owen and Raver’s Teddy were last seen on the run, flying on a plane with their kids, likely to another country.