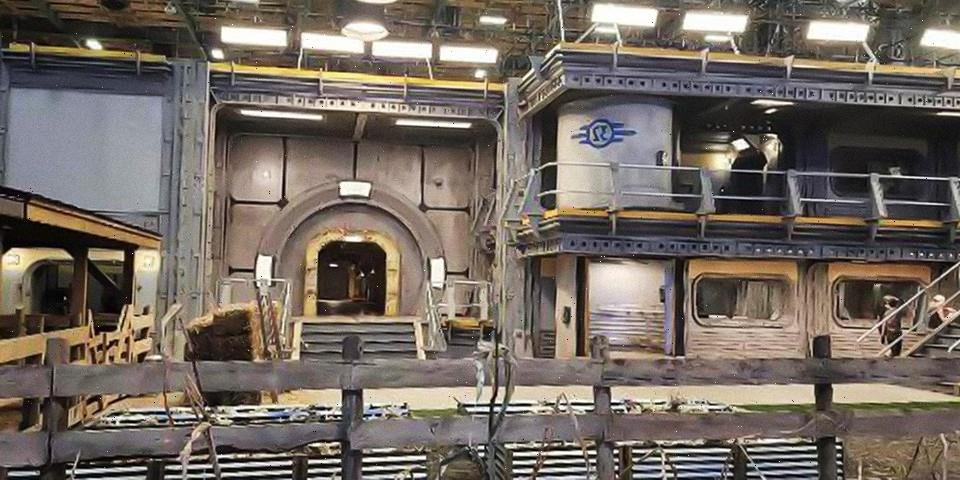 After learning that filming for the show is already underway, we now have set photos from Amazon Prime Video‘s upcoming Fallout series. Although not much accompanying info has surfaced, fans are already noting how the set looks directly from the games Fallout 3 and Fallout 4.

Inspired by the Generic Universal RolePlaying System tabletop role-playing game, Interplay introduced Fallout for PC back in 1997. Despite a popular sequel and spin-off games, Bethesda picked up the rights for Fallout 3 in 2008 to take on the franchise.

From the set photos, we get a look at “Vault 32,” along with a child’s room and farmhouse situated outside the vault. The design of the sets showcases a faithful grittiness that captures the post-apocalyptic aesthetic of the Fallout series.

Take a look at the set photos for the upcoming Fallout Amazon Prime Video series.