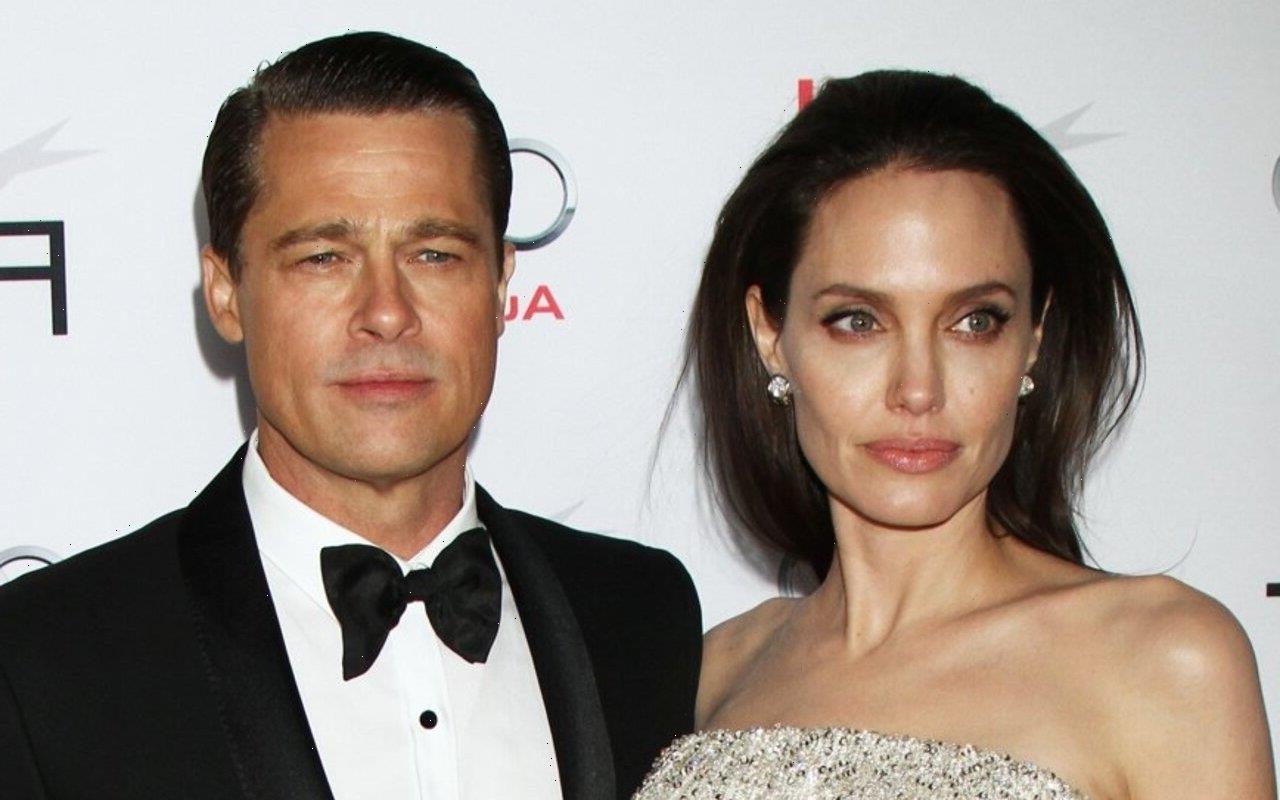 The ‘Once Upon a Time in Hollywood’ actor allegedly told his then-wife that one of their children ‘looked like a f****** Columbine kid’ during their infamous fight on a plane.

AceShowbiz -According to a newly-revealed FBI report, Brad Pitt allegedly told Angelina Jolie one of her children “looked like a f****** Columbine kid.”

In the 53-page heavily redacted report, Angelina told her version of events from the family’s private jet trip on September 14, 2016, as they headed back to the US from France, during which Brad was said to have been involved in an alleged altercation with his son Maddox, then 15, which he was later cleared of any wrongdoing for by the FBI.

Questioned by the FBI at her Malibu, California, home in October 2016, Angelina filed for divorce from Brad less than a week after the infamous flight, and their separation was later finalised in 2019, but the pair – who have children Maddox, now 21, Pax, 18, Zahara, 17, Shiloh, 16, and twins Vivienne and Knox, 14 – have since been embroiled in a custody battle over their kids.

The documents, obtained by Entertainment Tonight, claim Angelina, 47, knelt at Brad’s feet at one point during the flight and asked what was wrong and he reportedly said, “That kid looks like a f****** Columbine kid. You don’t know what you’re doing.”

The Columbine High School massacre took place in 1999 when two students, Eric Harris and Dylan Klebold, murdered 12 kids and a teacher at the education establishment.

It is also claimed that Angelina said Brad accused her of “ruining this family” during a heated argument on the plane. Brad, 58, has denied all of his ex-wife Angelina’s claims. The report also notes that it was later “agreed by all parties” that criminal charges wouldn’t be “pursued.”

After a meeting in November 2016, the FBI case agent wrote, “After reviewing the document, representative(s) of the United States Attorney’s Office discussed the merits of this investigation with the case agent. It was agreed by all parties that criminal charges in this case would not be pursued due to several factors.”

A source close to Brad claims the resurfaced 2016 report shows “nothing new.” They told ET, “Angelina and her team have been desperately trying to find something. This is all for show. This is all information that she already had five and a half years ago. There is nothing new here.”

Sources also told NBC News, “This report was given to both parties, almost six years ago. We both had it, in its entirety. The final paragraph (…) is very clear and concise about the fact that all parties, all law enforcement agreed on the decision to not press charges.”

“This was not like a close call. They did their investigation as they’re supposed to. And the decision was made with all parties in agreement.”

In 2016, Brad was cleared of any wrongdoing by the FBI following the flight. FBI spokeswoman Laura Eimiller said in a statement at the time, “The FBI has conducted a review of the circumstances and will not pursue further investigation. No charges have been filed.”