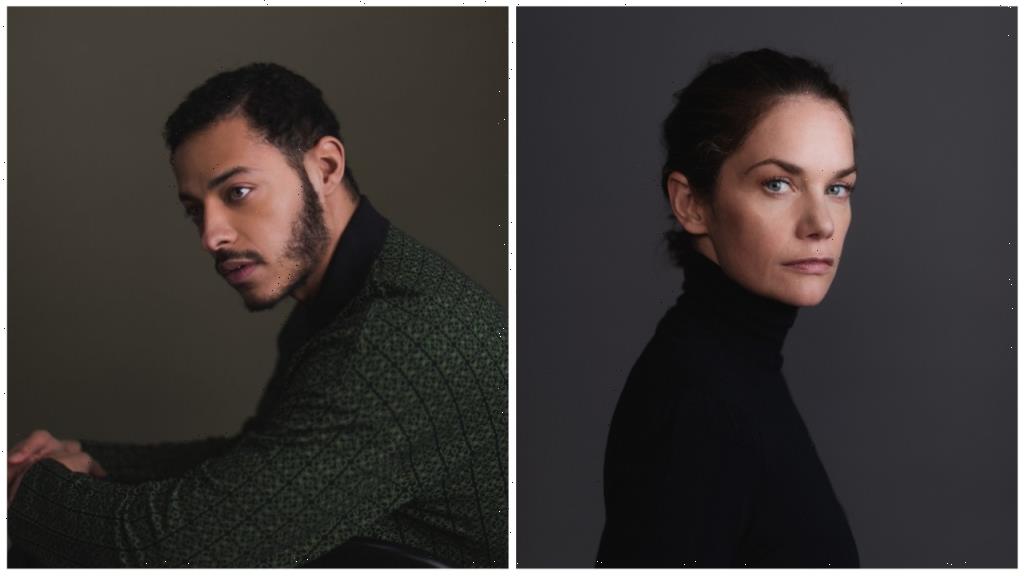 EXCLUSIVE: The Affair star Ruth Wilson and Peaky Blinders and Good Luck to You Leo Grande actor Daryl McCormack have been set to lead new blue chip BBC and Showtime TV series The Woman In The Wall, inspired by Ireland’s controversial Magdalene Laundries.

In the 6×60’ gothic thriller, two-time BAFTA nominee Wilson will play Lorna Brady who wakes one morning to find a corpse in her house. Brady has no idea who the dead woman is or if she herself might be responsible for the apparent murder, because she has long suffered from extreme bouts of sleepwalking. The episodes began during her teenage years when she was incarcerated in one of Ireland and the Catholic Church’s notorious Magdalene Laundries, where ‘fallen women’ were sent to atone for ‘sins’ such as adultery and teenage pregnancy.

Rising actor McCormack will play the ambitious but elusive Detective Colman Akande who is on Lorna’s tail for a crime seemingly unrelated to the dead woman in Lorna’s house. Colman has quickly risen through the ranks of the local police force but is hiding his own dark secrets.

The Magdalene Laundries operated in Ireland for more than 200 years. But it wasn’t until 1993, when the unmarked graves of 155 women were uncovered in the convent grounds of one of the laundries, that media uncovered the operations of the secretive institutions. A formal state apology was issued in 2013, and a £50M compensation scheme for survivors was set up by the Irish Government.

The institutions have been the subject of multiple screen and literary works, including Peter Mullan’s 2002 Venice Golden Lion winner The Magdalene Sisters.

Produced by Endeavour Content-backed Motive Pictures, The Woman In The Wall will also be exec-produced by Luther and His Dark Materials star Wilson with series creator Joe Murtagh (Calm With Horses) and direct Harry Wootliff (True Things) who will helm multiple episodes. Rachna Suri (Half Bad) will be second block director.

The series will mark a return for Ruth Wilson to U.S. network Showtime after they collaborated on hit drama The Affair, for which she won a Golden Globe back in 2014. The actress stunned fans when she abruptly left the show in 2018, later revealing concerns over the handling of intimate scenes.

Wilson said today: “Lorna Brady is a complex and fascinating character and I’m thrilled to help bring her to life. In The Woman in the Wall Joe has created both an enthralling gothic thriller and a moving examination of the legacy of The Magdalene Laundries. It’s a privilege to bring this story to screens.”

Creator and executive producer Joe Murtagh commented: “My family is from Mayo, the county in which our fictional town of Kilkinure is set, and it deeply frustrates and saddens me that it feels so few people have heard of the Laundries that existed across Ireland. I hope that by making something that has the familiarity of a genre piece we are able to shed some light on the awful things that occurred within these kind of institutions and introduce this history to the wider public, so that nothing like it may ever happen again.”

Jana Winograde, President of Entertainment, Showtime Networks, added: “The Woman in the Wall takes on a startling story about a notorious and heartbreaking scandal in Ireland, one that destroyed the lives of women for more than 200 years. We are thrilled to bring the incomparable Ruth Wilson back to Showtime with such a powerful, moving series that is also incredibly relevant to our culture today.”

The drama, which will air on BBC One and iPlayer in the UK and on Showtime in the U.S., is being distributed by Paramount Global Content Distribution in all other territories. Execs are Sam Lavender (Saint Maud), Simon Maxwell (Get Millie Black), Joe Murtagh, Ruth Wilson and Harry Wootliff. The series was commissioned by Charlotte Moore, BBC Chief Content Officer, and Piers Wenger, former Director of BBC Drama, and Jana Winograde and Gary Levine for Showtime.