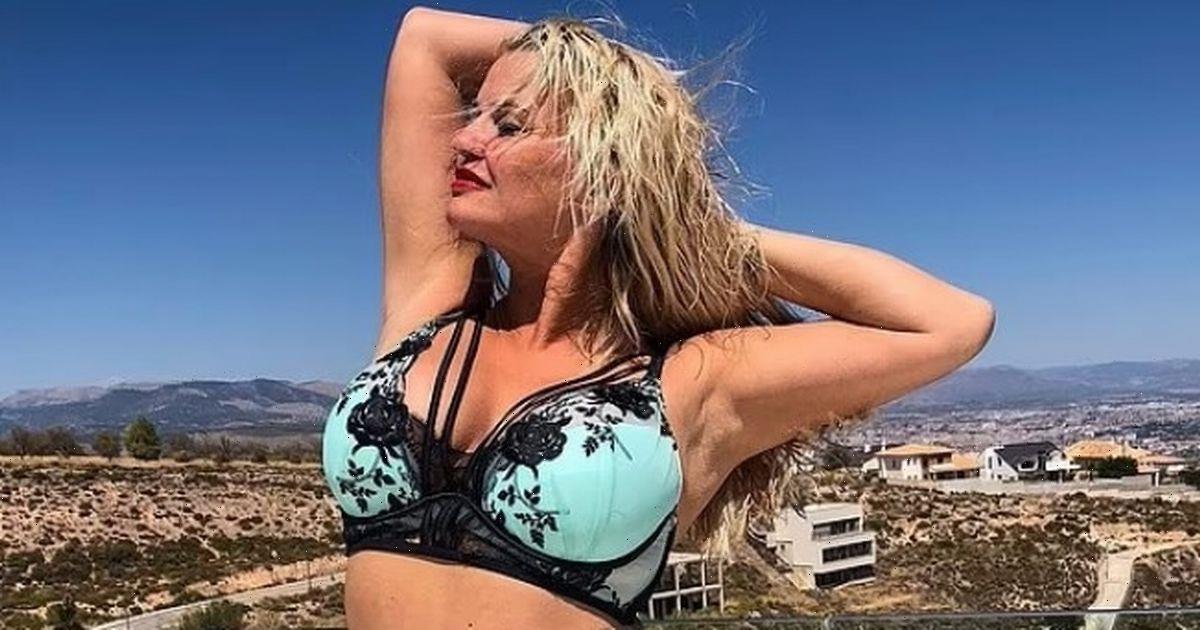 Kerry Katona has admitted she has massive regrets about getting free breast implants last year as the star compared herself to Frankenstein and the Honey Monster.

The 41-year-old, who recently underwent a reduction, has opened up about her surgeries saying that while she “loves a freebie” she has been left feeling unhappy with the results.

Kerry said on her latest YouTube video: “I had an implant put in last year and why I did it, I don’t know.

"I love a freebie and I need to learn to stick to just taking goodie bags! Honestly I’ve been sliced and diced that much I don’t even think this is my arm anymore.

"I’m like a human Frankenstein. I come in a flatpack with IKEA instructions to put me together in the morning!”

It was only three months ago that she shared the results of her second reduction, following a procedure she was unhappy with in 2021.

Taking to her YouTube channel, Kerry told fans that her 'bad boys' help her rake in the cash on OnlyFans but are 'far too big'.

Kerry said: "Every time I put a jumper on, I feel like, you know the Honey Monster on the Sugar Puff advert? That's what I feel like!

"So I'm getting a reduction today and I'm very, very excited but I'm also really, really nervous." Kerry was a DD/E cup but had it reduced to a C.

Kerry recently confessed she is feeling like a "swollen beached whale" after treating herself to indulgent food and cocktails while away on holiday in Mallorca with her family.

The TV personality admitted she is struggling with her recent weight gain and insisted she doesn't know why she is 'so swollen', revealing she feels like she is currently in someone else's body.

Discussing her appearance in new! magazine, Kerry said: "I know I don't look the greatest, but it is what it is. I don't think I'm fat, it's just that my body is swollen and I don't know why."

Kerry revealed she is going to try lymphatic drainage and water retention tablets to try and resolve it.

She continued: "I have put on a s**t load of weight while on this holiday, but that's just normal and I'm just embracing it.

"All I did on holiday was eat s**t and drink. We were there for two weeks and ate out every night. Some nights we stayed in and got takeaways, like pizza and chips."