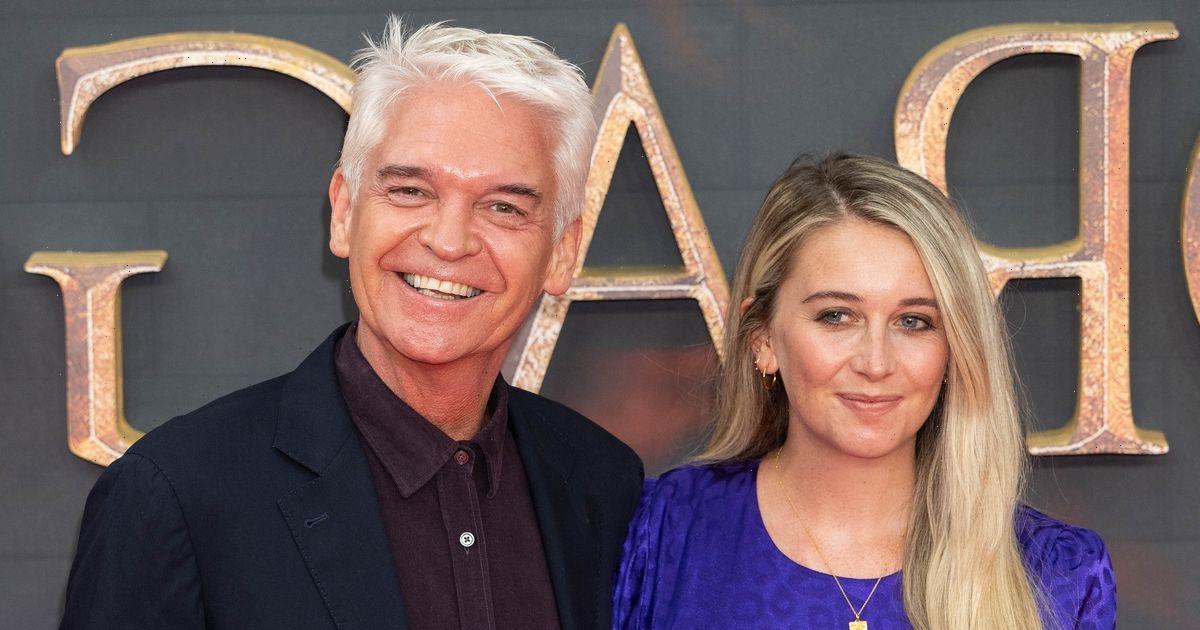 Phillip Schofield has pointed out his rather strange choice of pose as he attended the premiere for the Game of Thrones prequel series, House of the Dragon, in London on Monday 15 August.

The 60 year old, who recently underwent eye surgery, arrived at the event in Leicester Square with his daughter Molly, 29, and the pair took pictures on the red carpet before making their way inside to enjoy the show.

Looking back at the images taken, Phillip noticed his thumb in an awkward position and highlighted it as he reposted one of the photos on his Instagram Stories.

Over the image, the presenter wrote: “Ep 1 of @houseofthedragon is epic!

“BUT…after nearly 200 years in showbiz, you'd think I'd know what to do with my fecking thumb!”

In the photo shared, Phillip is seen posing with his hand tucked in his pocket, leaving his thumb sticking out from underneath his jacket.

Despite the red carpet blunder, the ITV host maintained his dapper appearance at the event as he wore a navy blue blazer with a dark purple shirt and a pair of dark blue jeans with black suede lace-up shoes.

Molly looked elegant as she arrived with her dad wearing a purple leopard print dress with ruffle trimming, which she paired with black heeled sandals and a matching clutch.

Phillip shares daughters Molly and Ruby, 23, with his wife Steph, who he has remained close with after he came out as gay in 2020.

His appearance with Molly comes after she was seen earlier this year giving her dad a fond tribute after he celebrated 40 years on TV.

Molly was joined by her mum Steph on Lorraine at the time, to the surprise of Phillip, as he learned that the show was dedicated to his long-reigning career in front of the camera.

The pair praised the star as they appeared via video link to discuss the presenter’s incredible professional achievement.

When asked on the show how Phillip has remained so successful, Steph replied: “I don't have a clue! No, I think your previous guests hit the nail on the head.

“He is genuinely interested in people. He's always reading the news, he's always keeping up with everything, he's good fun.”

Molly added: “I mean, I have always been so proud of him. I remember going on a school trip to see him in Doctor Dolittle and all my friends wanting to go and find him for an autograph.

“I remember queuing up myself. I wanted it as well – I felt left out!”