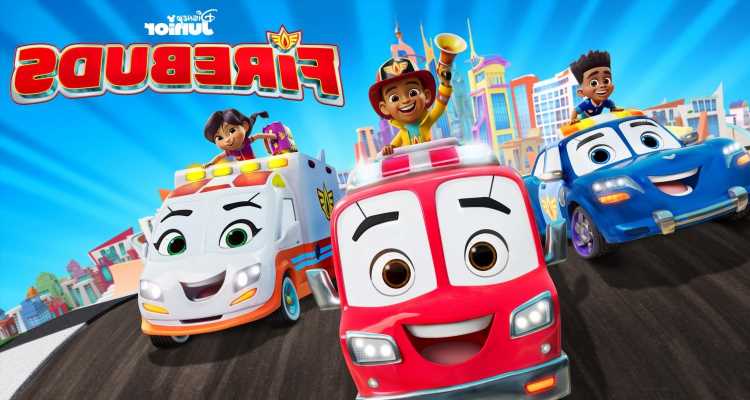 Disney Junior is gearing up to debut a brand new music-filled show – Firebuds!

The network has just revealed when the series will premiere, along with the guest stars and the trailer.

Firebuds is set in a fantastical world where talking vehicles live, work and play with the humans who drive them, and follows a group of friends, all children of first responders, who embark on adventures to help their community and learn what it truly means to be a hero.

Learn more and watch the trailer inside…

Created by Sofia the First and Elena of Avalor‘s Craig Gerber, the series follows a boy named Bo and his fire engine best friend Flash as they team up with their first responder friends to help others in their community with problems big and small.

Each episode is comprised of two 11-minute stories that showcase the importance of teamwork, helping fellow citizens and volunteerism. The creative team worked with consultants from RespectAbility to help populate the diverse communities of Gearbox Grove and Motopolis featured in the series.