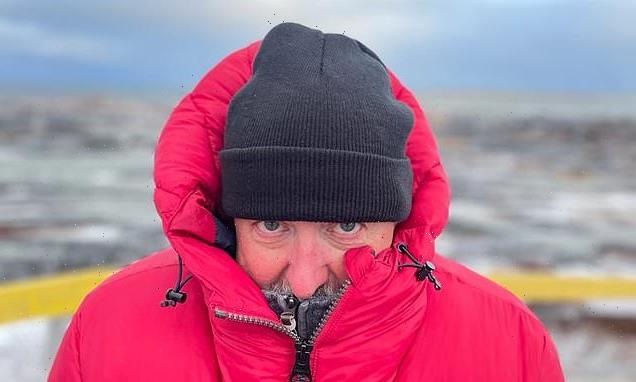 CHRISTOPHER STEVENS reviews the weekend’s TV: Griff was as green as a guppy as he nibbled cod’s tongue in pig fat

How did Griff Rhys Jones manage to go moose-hunting in Newfoundland and not spot one single moose?

That’s like visiting Trafalgar Square and seeing no pigeons.

Griff’s Canadian Adventure (C4) sent the natural heir to Michael Palin on the first leg of a journey from Cape Spear on the Atlantic coast to Vancouver on the Pacific.

He lost no time in meeting a Mountie and taking a spin along a stretch of the longest road in a single nation anywhere in the world, the Trans-Canada Highway.

But his trek into the backwoods in search of super-sized deer was a disaster. For a start, 68-year-old Griff couldn’t keep up with the 17-year-old conservationist toting a rifle. ‘You gotta move faster if you want to go huntin’ with me,’ called out Taylor from the treeline. 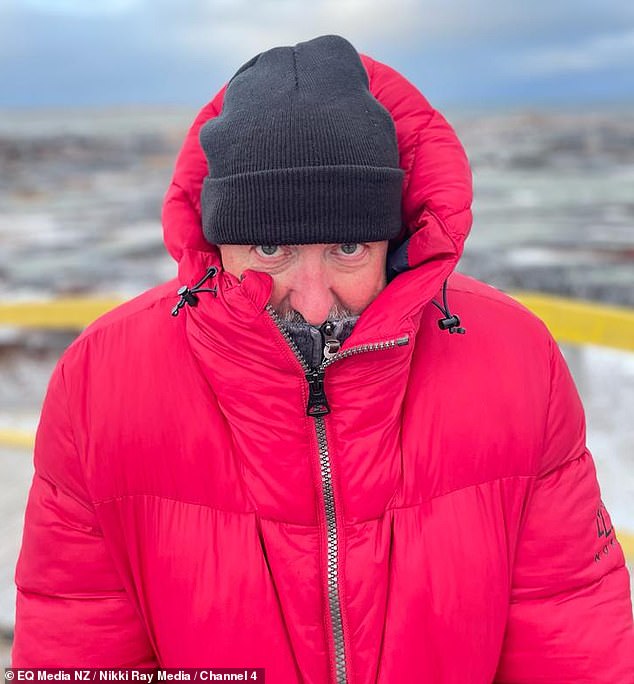 ‘I’m stuck in the bog,’ Griff wailed back, trying to pull his boots out of the mud. Clearly, the sound of a disgruntled Welshman with wet socks is enough to disperse even the most blasé of moose.

Though they are not indigenous to Newfoundland, the woods ought to be thick with them — four were introduced in 1904 and there are now 120,000. That’s a population explosion to make rabbits feel inadequate. Moose are eager breeders, and they need to be culled regularly to prevent them from eating everything in Canada.

But Griff, who has fulminated against trophy hunters in the past, calling them ‘loathsome’ and ‘silly’, plainly wasn’t keen on seeing one killed. Taylor took him target shooting instead.

He was only slightly less squeamish cooking cod’s tongue, a Canadian delicacy. As he chopped through the jaw of a dead fish, he was green as a guppy.

His colour didn’t improve once the tongue was fried in pig fat.

‘Don’t overthink it,’ advised the chef, as Griff gingerly lifted a morsel to his lips. ‘Pop that whole thing in there.’ The chances of Griff signing up for I’m A Celebrity and tackling the bushtucker trials are about the same as him coughing up 20 grand for a ‘Grand Slam’ hunting experience.

A Newfoundland hunting outfit offers these week-long expeditions online, to bag a moose, a caribou and a bear.

Alcoholic beverages are not included in the price, apparently. I’d rather have a beer and forget the bear. Griff is at his best when he’s meeting the locals. The landmarks and the landscape provoke his genial interest, but he was most buoyant when chatting to a couple at the ocean’s edge, who’d come to get engaged at sunrise.

He was also buoyant in a red survival suit, floating on his back in the Atlantic like a giant sea otter — though he was shivering so much he could barely speak.

Alan Carr didn’t enjoy his own bout of wild swimming either, in the milder waters of the English Channel, on his Adventures With Agatha Christie (More4). 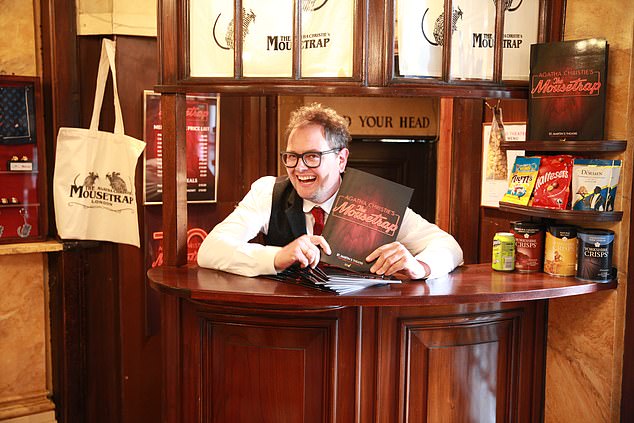 Alan Carr didn’t enjoy his own bout of wild swimming either, in the milder waters of the English Channel, on his Adventures With Agatha Christie (More4)

‘I look like a Teletubby at a funeral,’ Alan complained, as he pulled on a black wetsuit. His ordeal was meant to reflect Agatha’s delight in a morning dip, near her Devon home.

Alan’s enthusiasm for the idea was about as believable as his tippy-tapping on her typewriter — he didn’t even put a sheet of paper in the roller.

He also thumbed through Agatha’s family photo album, cooing over how young she looked when she was a girl.

There was nothing here that fans of Christie won’t know well: the vanishing act in 1926, the archaeological digs with second husband Paul, the eternal popularity of The Mousetrap. But like rereading her books, this series kindles a familiar, cosy glow.