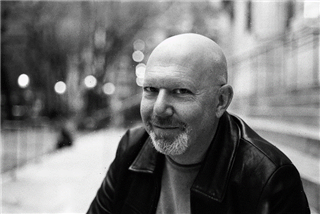 Marc Guggenheim has signed with CAA for representation, Variety has learned exclusively.

Guggenheim continues to be represented by attorney Wendy Kirk at Johnson Shapiro Slewett & Kole LLP as well as by manager Cliff Roberts at Syndicate Entertainment.

Guggenheim is perhaps best known for his work in The CW’s so-called Arrowverse — its collection of shows based on DC Comics characters. He co-created the first of those shows, “Arrow,” along with Greg Berlanti and Andrew Kreisberg. The show ultimately aired for eight seasons and 170 episodes. Guggenheim, Berlanti, and Kreisberg, along with Phil Klemmer, then went on to create the DC show “Legends of Tomorrow,” which ran for seven seasons and 110 episodes. He also developed the animated DC series “Vixen” and served as a writer and executive producer on “Supergirl.”

He has also written for major comic book publishers on titles including “The Flash,” “X-Men,” and “Amazing Spider-Man” as well as video games like “Call of Duty 3.” He is currently writing “Star Wars: Han Solo and Chewbacca” and “Star Wars: Yoda” for Marvel Comics. His feature adaptation of “Prophet” is in development starring Jake Gyllenhaal, with Sam Hargrave attached to direct.