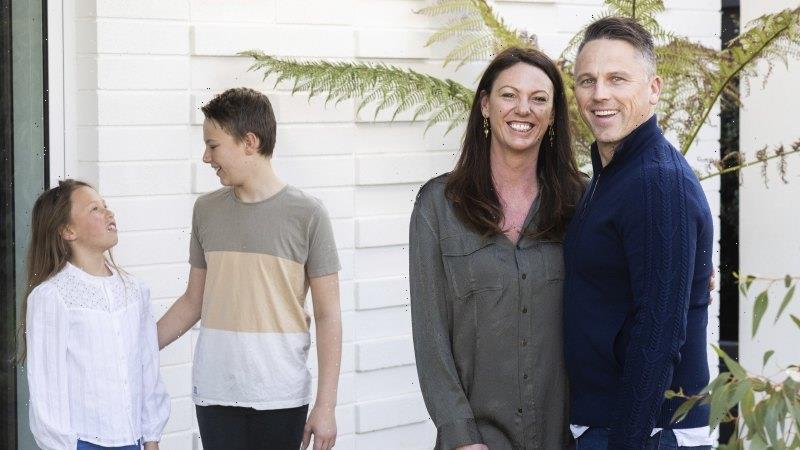 At the height of national and state lockdowns the thought of a nice property in the country became more than just a dream. For thousands of Australians, the move had to become a reality.

And for Melburnians stuck in six lockdowns to contain the spread of COVID-19, it was even more desperate than that. 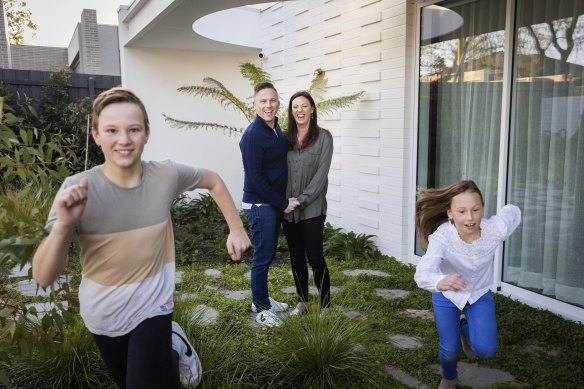 Amber Brodecky, her husband Dan, and children Scarlett, 9, and Ashton, 12 are moving to from East Brighton to Byron Bay in December when the kids finish the school year.Credit:Paul Jeffers

“They were paying three, four, five, six, seven million [dollars] sight unseen. That was the peak around this time last year when things were crazy,” Byron Bay-based real estate agent Karin Heller says. “People were just so desperate, at their wit’s end really, and just looking for an out.”

So, how are the people who moved to the country finding it?

Ashleigh Mills, 41, and James Mills, 45, decided to leave Sydney’s northern beaches after the first lockdown at the end of 2020. They sold their unit and were able to buy a house in Norah Head on the Central Coast.

Ashleigh Mills said a reality for many people is “they can’t afford houses and a lifestyle that they want in Sydney anymore”.

“We had a small two-bedroom apartment across the road from Collaroy beach. And now we have an old house. But it has three bedrooms, two living areas and a really big garden and a big garage. Before, we often had to do street parking, and there was never any availability,” she says.

“Everyday things are so much easier – like going to the shops, finding a car park, going to the doctor. All those little things are way less stressful because there are fewer people and less traffic. So it is a lot more laid back. I didn’t realise the impact all those daily things in Sydney has on your wellbeing.”

It hasn’t been without its challenges.

Mills commuted three hours twice a week to Sydney for one year until her role as project manager for the NSW government allowed her to change departments and work closer to home in their Gosford office. James is a photographer and is launching an art gallery.

“We have both been lucky that our careers no longer need us to be in Sydney,” Mills said. 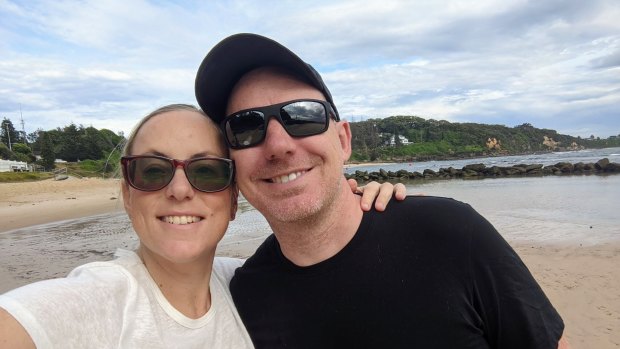 Ashleigh Mills and James Mills sold up in Sydney during the pandemic and moved to Norah Head.

But it is harder to find good restaurants.

Heller, a real estate agent for Kim Jones Property in Byron, said her typical clients are families with preschool or primary school kids looking for a nice “easy lifestyle”.

But Heller warned that people’s expectations of rural life can differ from reality.

“We don’t have a vast array of restaurants and nightlife activities. But if you’re happy with nice fresh food, great local produce, and you know, a lovely outdoor lifestyle, then it is perfect.”

The population of regional Australia grew by 70,900 people during 2020-21, in contrast to a decline of 26,000 for the capital cities, according to figures released by the ABS in March.

“This is the first time since 1981 that Australia’s regional population grew more than the capital cities due to changing migration patterns during the pandemic,” ABS Director of Demography Beidar Cho said.

For the first time in 18 years, contestants on the reality TV show The Block, broadcast by Nine, the owner of this newspaper, are renovating blocks in a regional area.

“The pandemic has meant that people all over Australia are moving to the country – to commute, to live or just for the weekend. The Block 2022 is at the forefront of this trend with ultimate escape from the city,” said Adrian Swift, head of content, development and production at Nine.

John Quiggin, an economics professor at The University of Queensland, said the pandemic had opened up opportunities to move. “Experience with remote work during the pandemic has made it possible for many workers to consider the option of moving away from capital cities and taking advantage of lower housing costs and better lifestyle opportunities in regional areas,” he said.

Amber Brodecky, 44, and Dan Brodecky, 45, are moving from Brighton in Melbourne to the Byron Shire in December. They’ve already bought a house and have been travelling back and forth.

“Our new house is on an acre, which is a lot more land than we previously had in suburban Melbourne, so that is a big bonus for family life,” Amber Brodecky says.

Brodecky says lining up schooling for her school-aged children, Scarlett, 9 and Ashton, 12 was one of the more challenging aspects.

“I underestimated how difficult it would be to relocate an entire family, factoring in changes to homes, schools, businesses and other smaller things like relocating all of your furniture and pets.”

Heller remarks that newcomers to the country can find it hard to shift their busy pace and mentality and adopt a work-life balance.

“A lot of these families who come from Sydney particularly, are very school-centric. They send their kids up the coast to private schools, which I found a bit strange because they moved here for the lifestyle, but then send their kids out of the area so that all their friends and activities become out of the area. So the community feeling has dissipated over the years.” 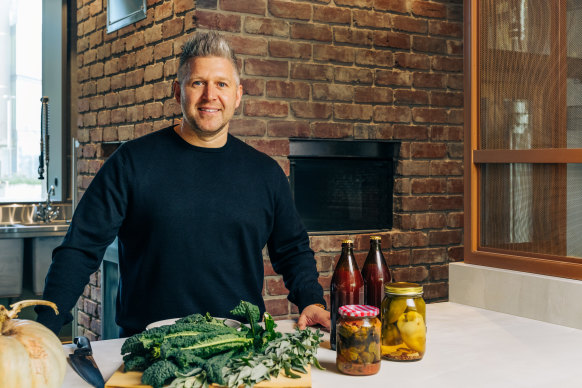 Chef Massimo Mele made the big change in 2018. He spent 12 months going between Sydney and his new home in Tasmania with his partner Kristy Stewart, and their infant son.

Initially, he regretted the move for the first year or so. His partner had a job to go back to as a motor vehicle dealer principal, but he was concerned about his career – he had spent 20 years building in Sydney and was starting over from scratch.

“As I started finding my feet, the opportunities started to open up, and I started spending more time with my family,” Mele said.

“I was getting out and about, fishing and just enjoying some really great activities I’ve never really got to do.”

In Sydney, just the thought of putting his nine-month-old baby in the car and driving in traffic would prevent him from taking his family out.

“You’re always travelling and looking for a park. That is real – that anxiety. Whereas here, everything is much closer and easy to get to.

“We went from having a three-bedroom apartment seven floors up with a small car park to a double garage and a four-bedroom house with a backyard and views over the city, so – big difference.”

Mele, 45, and Stewart, 37, now have three children under six. Had they not left Sydney, he says, “I think I would have gone grey sooner. You need kids to get outside, run around, get dirty, and get off the screens. And that’s what we’ve tried to do.”

Shaun Diviney, a real estate agent on the Central Coast (and previously known to music fans as the frontman of pop-punk band Short Stack), said the demand in his area had been huge since the pandemic started.

“You get to live near the beach for now around $1 million. Which is crazy compared to Sydney,” he said.

“[People] just want a house close to the beach. I suppose that is an Australian dream. A backyard. A lifestyle. Community of people that are really nice and inviting and welcoming. Just enjoying life a bit more rather than the hustle and bustle of Sydney.”

So far he’s not had any of his clients want to move back to the city, but rather he’s getting calls about finding places for their friends to move up.

“The main negative I keep hearing over and over is it seems to be a lot harder to find a restaurant on a Monday or Tuesday night,” he said.

“I miss Uber Eats [too]. I suppose you have to pick your poison.”

Heller says the influx of out-of-towners into Byron, especially if they send their children to schools elsewhere, has changed the place – a change likely to be repeated in country towns across the nation.

“Byron of old has well and truly gone. It’s kind of past the point of no return, I think. Which is fine, I mean, I work in real estate so, obviously, it’s okay, but it is a little bit bittersweet because I really did like that cute little town.”