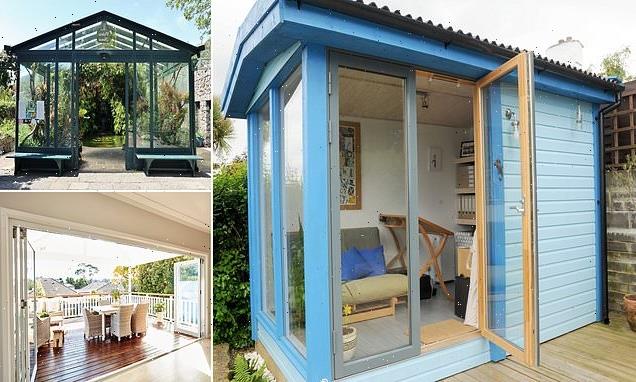 What are homebuyers searching for? Garden offices, bi-fold doors and orangeries are among the property listings features rising in popularity

Garden offices, bi-fold doors and orangeries are among popular features that homebuyers are searching for, new research has revealed.

Rightmove looked at the home features that have grown the most in popularity, based on the number of agents advertising them as a key selling point on its website.

It found that garden offices top the list, with the proportion of property listings that mention them now 11 times higher than a decade ago, up 1046 per cent. 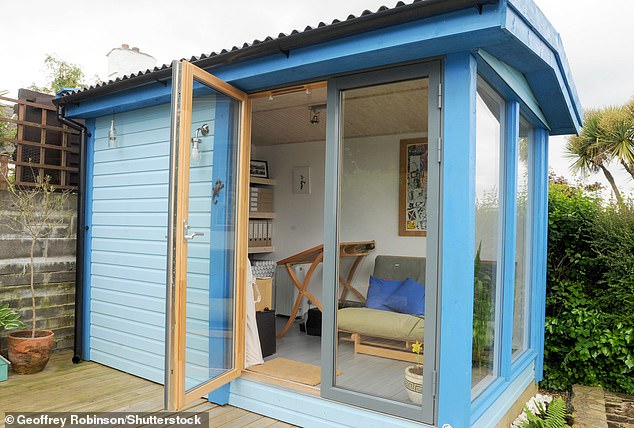 The proportion of property listings that mention garden offices is up 1046 per cent in the past 10 years, according to Rightmove 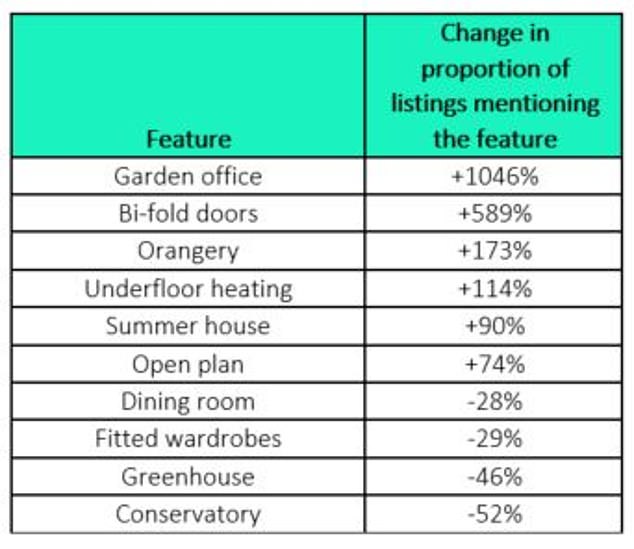 Bi-fold doors are second on the list, up 589 per cent compared to ten years ago, followed by orangeries, which are up 173 per cent during the same period.

Also in the list is summer houses, which have increased in popularity by 90 per cent, while greenhouses appear to be on the way out, down by 46 per cent.

Meanwhile, Rightmove said concerns about the environment are rising in priority, with the number of new property listings now mentioning an electric car charging point having increased six times, up 495 per cent, compared with a year ago.

The findings suggested that homeowners could be ditching separate dining rooms for more modern open plan options, with mentions of dining rooms in property adverts down by 28 per cent, and mentions of open-plan rooms up 74 per cent.

Rightmove suggested that the decline of the popularity of dining rooms may also be down to more people converting this room into a home office.

Other features dropping in popularity in the agent listings include conservatories, down 52 per cent, greenhouses, down 46 per cent and fitted wardrobes, down 29 per cent. 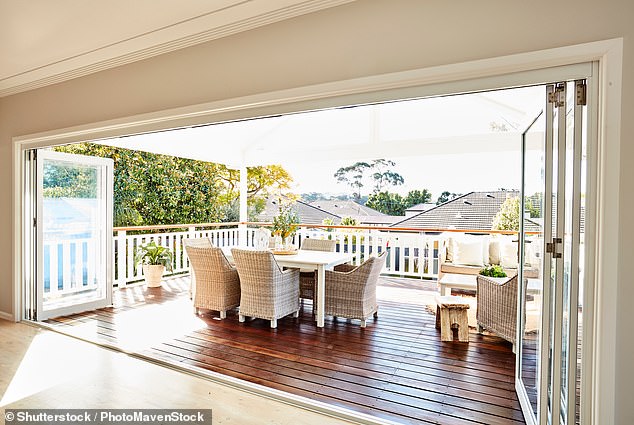 Rightmove’s Tim Bannister said: ‘Agents and developers have their finger on the pulse when it comes to the home features that will attract suitable buyers.

‘Where dining rooms and fitted wardrobes may not be as important to some potential buyers compared with ten years ago, other features like an outdoor office space have soared as working patterns have changed, and the findings indicate a move towards greener features too.

‘With outside space coming at such a premium, it may be that homeowners are ensuring what they build outside can be used in a number of different ways.

‘For example, summer houses and orangeries are likely to have fewer or smaller windows than conservatories, and so can more suitably double up as home offices during the week and entertaining spaces at the weekend.’ 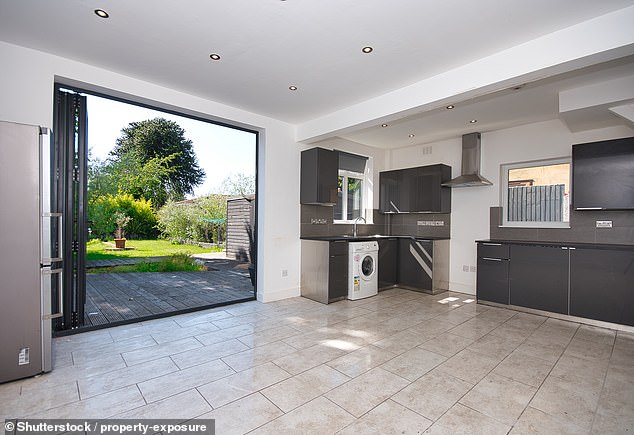 James Holmear, of developer Redrow, said: ‘These findings flow from the demand for more space at home which can accommodate blended personal and professional lives.

‘Home offices have been increasing in popularity as many people continue to work from home on a more permanent basis.

‘Bifold doors are also highly sought after as they enable people to use space flexibly and extend their living space seamlessly into the outdoors. Sustainable features such as EV chargers, solar panels, water butts and eco waste bins are all rising up the priority list.’

Steve Rule, of Cala Homes, said: ‘Over the last couple of years there has been a real shift in what home-hunters are looking for.

‘Buyers are considering in much more detail what they really want and need from their home, and on truly optimising their space, especially as many are spending more time there through home or hybrid working.

Adrienne Minster, of Rated People, added: ‘Homeowners want to reduce their impact on the planet and cut the cost of bills by making their homes more environmentally friendly – in fact, the number one reason for making eco improvements is to lower their bills.

‘So, with the rising cost of living and increasing awareness of the importance of living sustainably, it’s no surprise to see that more homeowners are choosing to make greener swaps and invest in the likes of underfloor heating.’