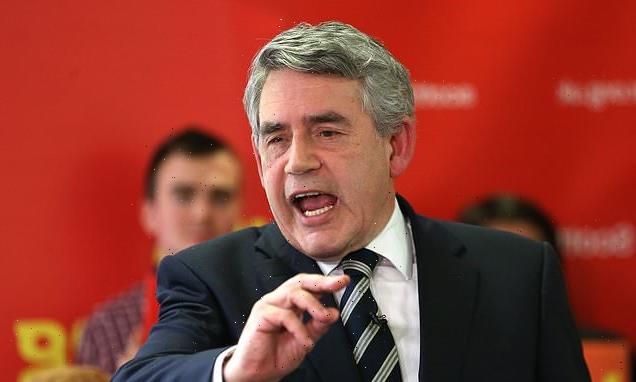 DAN HODGES: Gordon Brown has exposed the truth – Keir Starmer is Labour leader in name only

Finally, some good news for the Labour Party. They have a leader who’s cutting through.

Now for the bad news. His name isn’t Keir Starmer.

Yesterday, Gordon Brown took to the pages of the Guardian to propose his solution to the burgeoning energy crisis. A suspension of the energy cap price rise. A comprehensive windfall tax on the energy companies. And — if that didn’t manage to mitigate their gluttony — temporary renationalisation of the sort introduced at the height of the banking collapse.

The Brown Plan was brash. It was bold. And with 66 per cent of British households facing a winter blizzard of fuel poverty, it immediately snatched control of the political agenda.

Rightly. The energy companies have had their chance. As the nation struggles back to its feet after shaking off the ravages of Covid, and Putin tries to use energy blackmail to help secure his subjugation of Ukraine, the fat-cat utility bosses have seen an opportunity to fill their distended bellies.

Some critics have called their staggering proposed price hikes ‘greedy’. But it’s worse than that. They are profiteering in a time of war. And the moment has come to hold them to account. 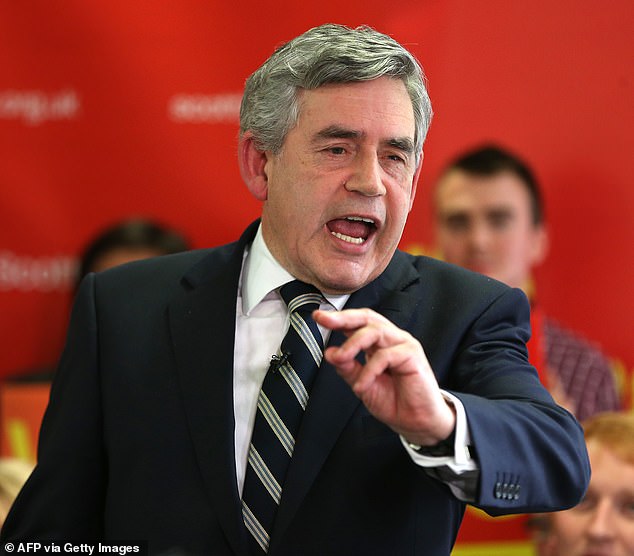 Yesterday, Gordon Brown took to the pages of the Guardian to propose his solution to the burgeoning energy crisis. A suspension of the energy cap price rise. A comprehensive windfall tax on the energy companies

At the beginning of his article, Brown penned a pointed paragraph. ‘Time and tide wait for no one,’ he wrote. ‘Neither do crises. They don’t take holidays.’

It was initially seen as a thinly veiled attack on Boris, who had snuck a couple of days off to celebrate his honeymoon belatedly. But it also happened to coincide with the absence of the Labour leader, who had chosen this precise moment to enjoy a full sun-kissed fortnight away (in conditions of such secrecy his team wouldn’t even reveal what continent he was on).

Some claimed too much was being read into the barbed aside. But veteran Brown watchers were immediately transported back to the autumn of 2008, when the then Prime Minister Brown caustically announced: ‘This is no time for a novice’.

Again, the public line was this represented a dig at David Cameron. But everyone knew it was actually aimed at David Miliband, who was reported to be plotting a leadership coup.

Miliband backed off — mysteriously allowing himself to be photographed waving a banana in the process — and the plot collapsed.

Brown’s words had been perfectly judged. As they have been again. It’s important not to get too carried away.

He led his party to an election defeat that it has still not recovered from. His ‘bigoted woman’ slur haunts Labour in its old heartlands to this day. And some of his other recent interventions regarding the energy price hikes have been trite and populist — such as his demand for Cobra to be convened to deal with the issue.

But Gordon Brown has also shown that he still has a knack of coming up with big solutions when Britain is facing its biggest problems. Unlike his successor but three.

Time and a crisis may wait for no man, but Labour have now been waiting more than two years for the real Keir Starmer to turn up. Since securing the leadership of his party, he has hit the ground running — backwards.

His first priority was to tell the country what he wouldn’t do — by ostentatiously ditching the Ten Pledges he’d just been elected on. He then started to tell the country who he wasn’t — Jeremy Corbyn. Then he reached further back into the history books to find someone he might quite like to be — Tony Blair. 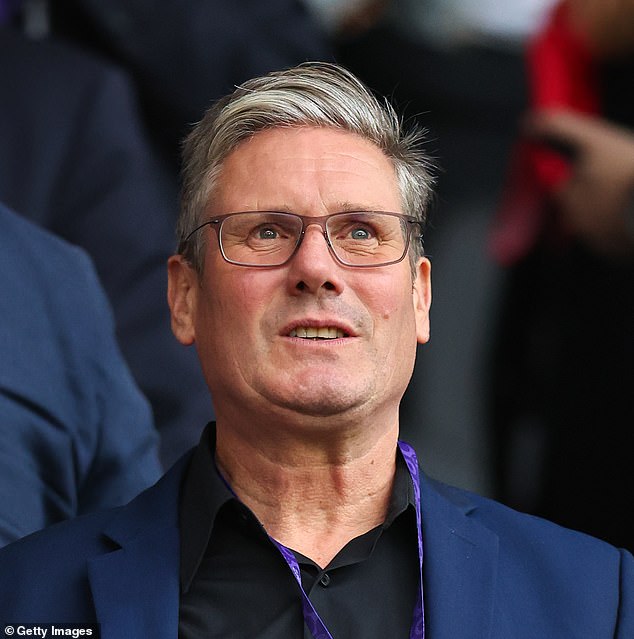 But there’s just one problem with this strategy. You can’t recreate Blairism without Blair. Take, as one minor example, Starmer’s decision to go awol — and remain awol — in the days following the Bank of England’s dire cost-of-living forecast.

In reality, there is something performative about the calls for immediate action to resolve the energy crisis.

Boris and his locum Chancellor Nadhim Zahawi will be gone in three weeks. Rishi Sunak and Liz Truss are going through the final acts of their Punch & Judy show. Nothing of substance can truly be achieved until a new prime minister is in place.

But Labour decided to go on the attack nonetheless. They berated Boris for dancing with his new bride to Sweet Caroline. They demanded to know what emergency measures the Government was proposing to deal with the crisis. But for some reason Keir Starmer and his team genuinely seem to have been taken aback by the very obvious — and fair — question: OK, where’s your leader, and where’s your own plan? 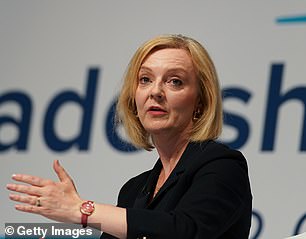 Another insider told me Labour had taken the view most voters switch off during the summer, and it was better to keep their powder dry. But, again, that wasn’t the way under Blair and Brown.

They believed the dog days of July and August presented a perfect opportunity to reset or reinforce the party’s agenda, as my own mother — the then Labour MP for Hampstead & Highgate — found out when she was dispatched to Benidorm to pounce on a gaggle of unsuspecting British holidaymakers.

And he can’t. We have been told that in the next few days Labour’s leader will finally unveil his policy solution to the energy crisis. It’s now pretty clear what it will be: ‘What Gordon said’.

Towards the end of last year, Starmer’s aides began briefing that he intended to start channelling his ‘inner Tony Blair’. I knew Tony Blair. I worked with Tony Blair. Tony Blair was a friend of mine. (Actually, he didn’t like me much, but we can park that.)

Keir, you’re no Tony Blair. And from the look of the past couple of days, you’re no Gordon Brown either.