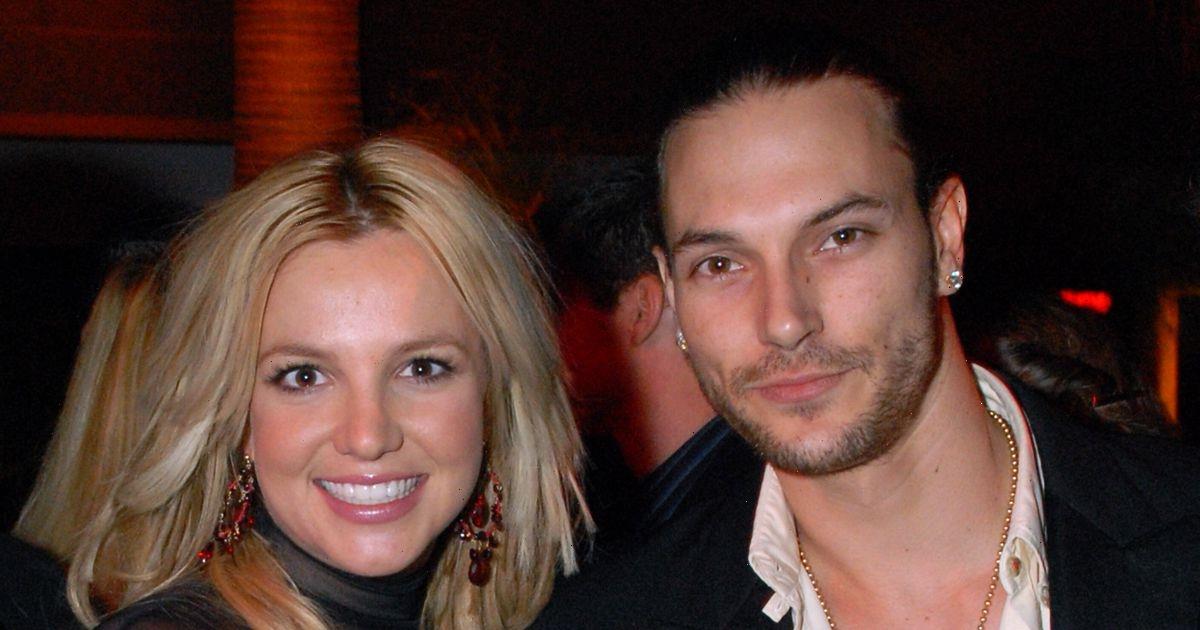 Britney Spears' ex Kevin Federline has shared videos of the singer arguing with her sons, as a row between the former couple rages on.

Kevin recently filmed a tell-all interview about his relationship with the star, and while the full chat is yet to air, Britney has shared her disappointment at her ex's decision to publicly discuss their parenting decisions.

Following social media posts from the singer, Kevin has shared some of his own, telling fans: "I can not sit back and let my sons be accused in this way after what they’ve been through.

"As much as it hurts us, we decided as a family to post these videos the boys took when they were 11 & 12.

"This isn’t even the worst of it. The lies have to stop. I hope our kids grow up to be better than this. #NeverFearTruth."

One video shows Britney arguing with one of her sons over skincare, telling him: "This is my house, if I wanna come in here and give you lotion for your face because it is coarse, and all you tell me is 'it's fine, it's fine'. No it's not fine.

"You better all start respecting me, are we clear? You all need to start treating me like a woman with worth. I am a woman, ok? Be nice to me. Do you understand?"

In the other clip, the singer tells Sean she is "shocked" he didn't wear shoes in an ice cream shop and told him she was confiscating his phone over it, which causes an argument between the pair.

"But I do care more than you know. Sometimes I just don't know what to say with you."

Sean protested from the back of the car: "My phone is going to be taken away, you know what Jayden? Mum decided to take it away for not wearing shoes."

As Jayden was asked for his opinion, he hit back saying: "What I seem like in my mind you just care about yourself, but you won't let us speak one word.;"

Britney's ex Kevin, who is now married to volleyball player Victoria Prince, has remained quiet about his relationship with Britney over the years but has now taken part in a tell-all interview which is set to air on ITV in the coming weeks.

The dad-of-six opens up about a number of different things, including how he believes Britney's conservatorship 'saved her life' and what Sean and Jayden's relationship is like with their famous mum now.

However, Britney has hit back at her ex-husband on Instagram and branded his comments "hurtful" in a statement she shared to her Stories.

"It saddens me to hear that my ex husband has decided to discuss the relationship between me and my children … As we all know, raising teenage boys is never easy for anyone … It concerns me the fact that the reason is based on my Instagram …. I gave them everything …. Only one word: HURTFUL.

"I'll say it …. My mother told "you should GIVE them to their dad" …. I'm sharing this because I can …. Have a good day folks !!!" Britney wrote on Instagram shortly after Kevin's comments hit the headlines.

In a now-deleted post shared on Wednesday night, Britney also shed light on her relationship with her sons, heartbreakingly explaining that the teenagers no longer visit her.

"The teenage age is weird, I don't know what's going on in their heads," she wrote. "I always TRIED and TRIED, and maybe that's why they stopped coming here.

"I wanted them to love me so much that I might have overdone it."