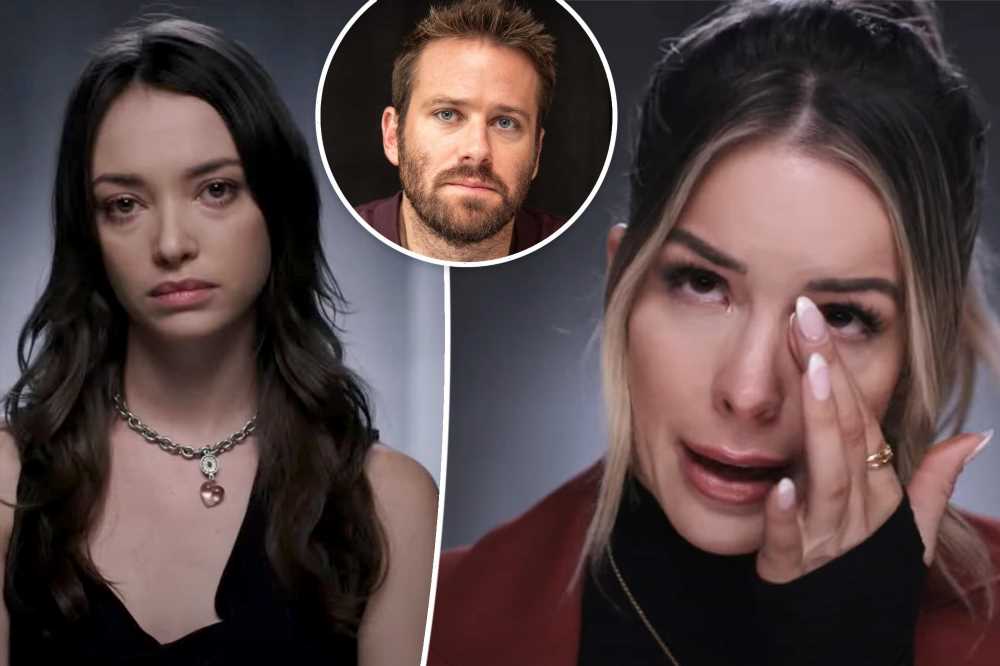 The explosive first trailer, released Wednesday by the network, includes footage of two of Hammer’s exes, Courtney Vucekovich and Julia Morrison, coming forward to detail their harrowing experiences and include screenshots of messages and voice notes the “Social Network” star allegedly sent them.

“I have a fantasy about having someone prove their love and devotion and tying them up in a public place at night and making their body free use,” one alleged message from Hammer says.

“My bet was going to involve showing up at your place and completely tying you up and incapacitating you and being able to do whatever I wanted to every single hole in your body until I was done with you,” the memo says. 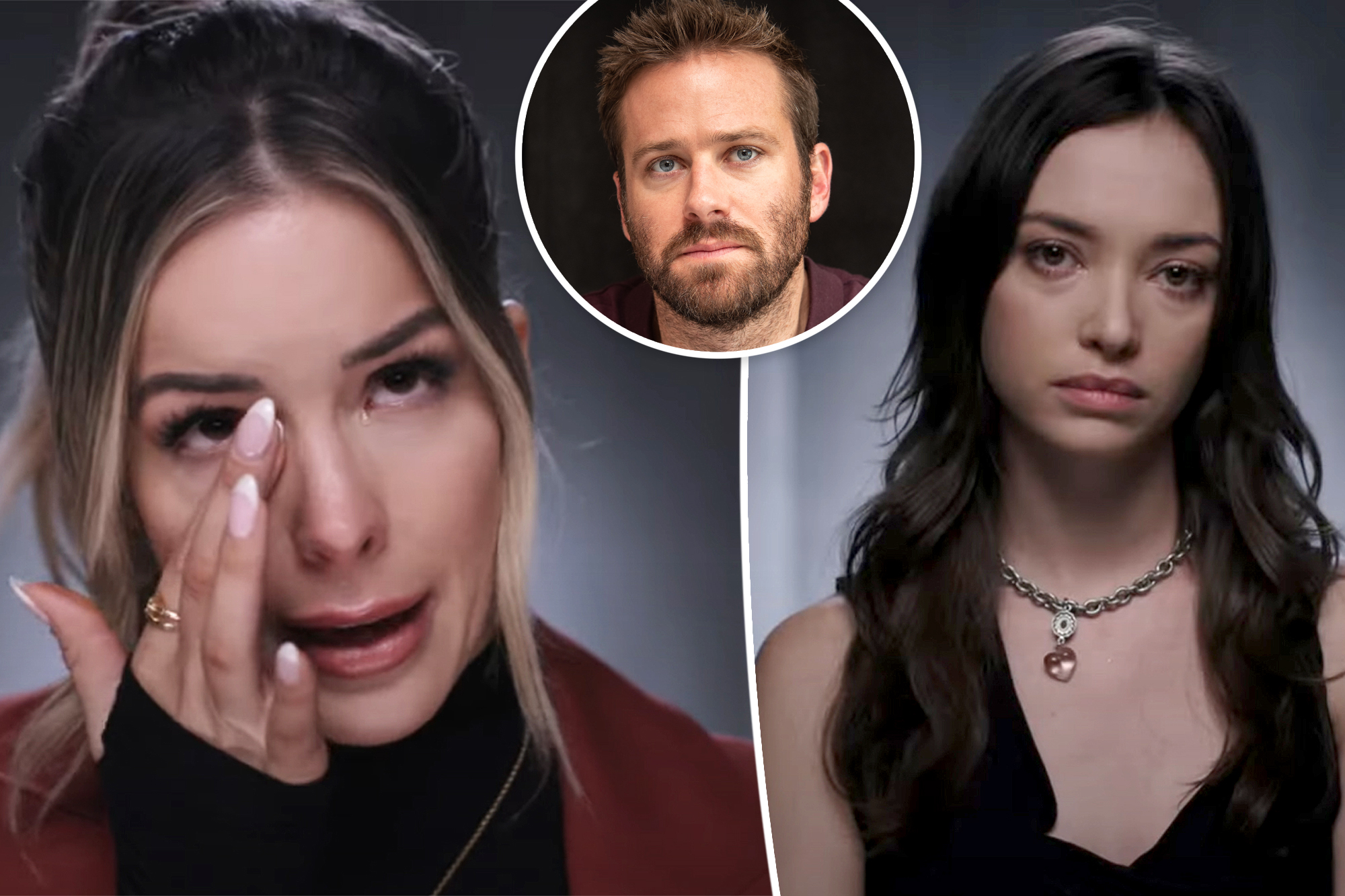 The three-part series also features Hammer’s aunt Casey Hammer, who is the granddaughter of Armand Hammer, the businessman who made the family fortune in the oil business.

“I’m about to reveal the dark, twisted secrets of the Hammer family,” Casey says in the trailer. 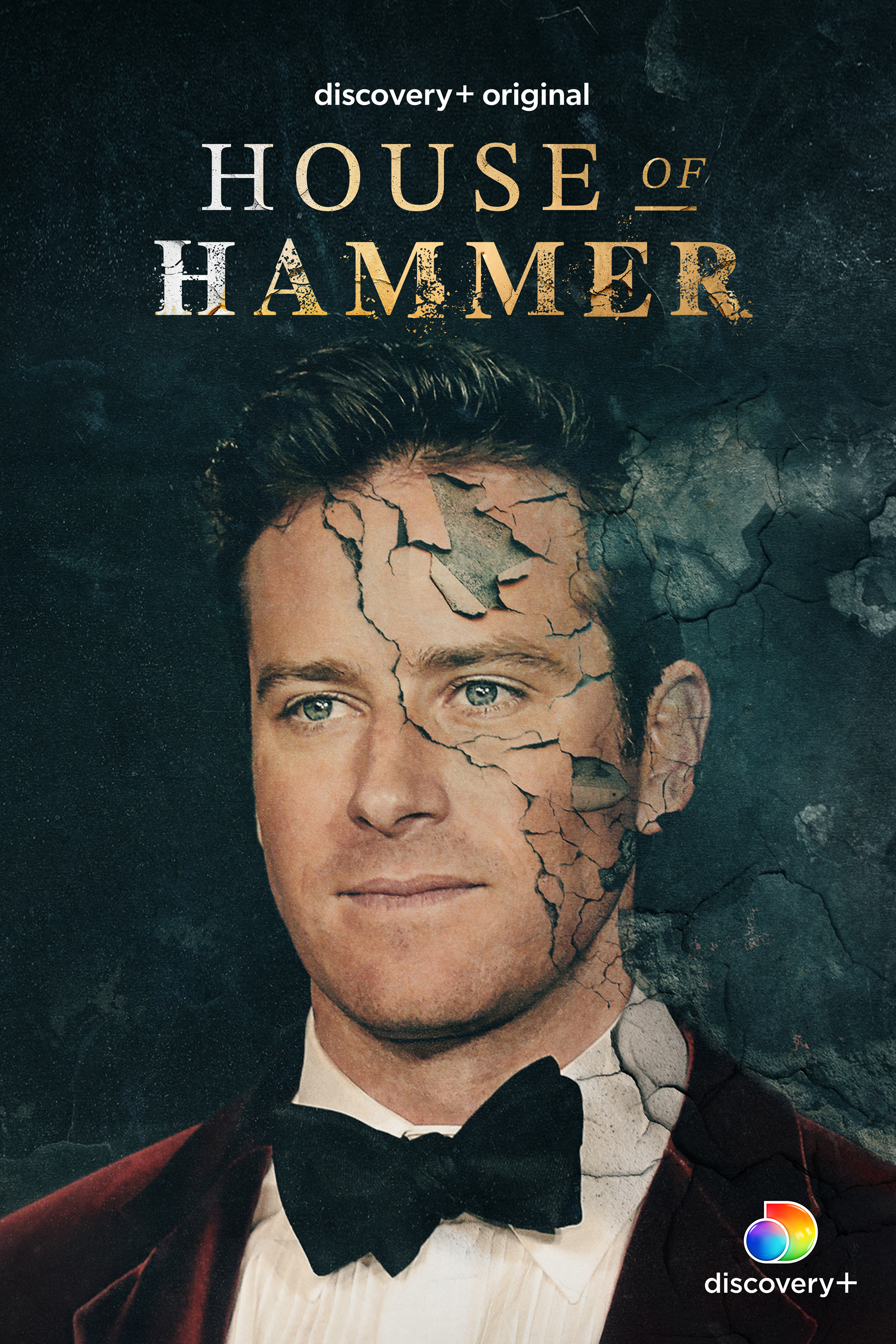 The “Call Me By Your Name” star, 35, has called all of the allegations of sexual misconduct and abuse “bulls–t,” while his attorney, Andrew Brettler, has taken a more professional approach in denying any wrongdoing.

“From day one, Mr. Hammer has maintained that all of his interactions with” every sexual partner “have been completely consensual, discussed and agreed upon in advance, and mutually participatory,” Brettler told Page Six in a statement.

Armie, who has been living in the Cayman Islands near estranged wife Elizabeth Chambers and their two kids, spent six months in a Florida rehab center, which was paid for by Robert Downey Jr.