New York: Top Republicans and prominent conservatives have reacted with outrage to the news that the FBI had searched Mar-a-Lago, the private residence of Donald Trump, with some suggesting that federal agents should be arrested and others hinting that the court-approved law-enforcement action against the former US president was pushing the country towards political chaos.

“I’ve seen enough,” Kevin McCarthy, the House minority leader, wrote in a statement that he posted online. “The Department of Justice has reached an intolerable state of weaponised politicisation”.

Hinting at a possible congressional investigation into the sitting attorney-general if Republicans take control of the House after the midterm elections, McCarthy added, “Attorney-General Garland, preserve your documents and clear your calendar”. 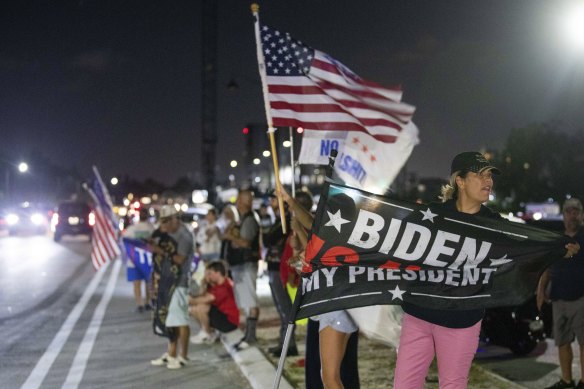 The attacks on the search of Trump’s beachfront domain in southern Florida continued a long-standing reflex among his supporters to assail federal law-enforcement officials as biased and corrupt.

Trump and his allies have relentlessly disparaged the FBI for taking the lead in the investigation into ties between the Trump campaign and Russia. And more recently, Trump’s allies in Congress and the media have sought to deflect blame from him by baselessly depicting the January 6 assault on the Capitol as a “false flag” operation run by the bureau and abetted by the Justice Department. 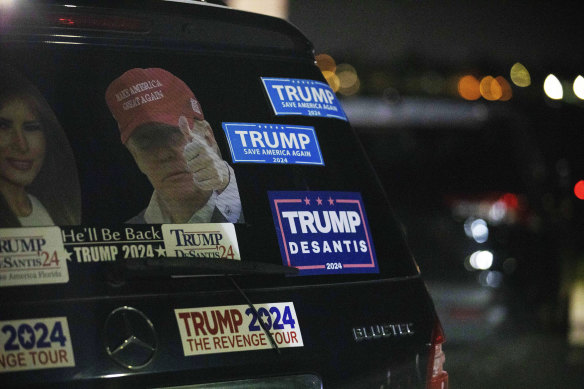 One of the most strident attacks on federal law-enforcement after the raid came from Florida state legislator Anthony Sabatini, who is running for Congress as a Republican in a district near Orlando.

“It’s time for us in the Florida Legislature to call an emergency legislative session & amend our laws regarding federal agencies,” Sabatini wrote on Twitter. “Sever all ties with DOJ immediately. Any FBI agent conducting law enforcement functions outside the purview of our State should be arrested upon sight.”

In a post last week, Ric Grenell, who served as Trump’s acting director of national intelligence, said that if the former president were to be reelected, he must “clean out the FBI and DOJ”.

The Republican response to the search also sought to instil fear in ordinary people by suggesting that they too could be targeted by federal agents.

“If they can do it to a former president, imagine what they can do to you,” the Twitter account for the House Republican caucus wrote.

On Fox News, host Jesse Watters described the search of Trump’s property as “insane” and called for Christopher Wray, the director of the FBI, to be fired for being “corrupt”.

Other right-wing pundits took an even darker view, hinting that the search of Mar-a-Lago could lead to unrest in the streets.

“There is suddenly a very real risk of violent political instability in this country for the first time in more than 150 years,” Joel Pollak, a senior editor at the right-wing outlet Breitbart News, wrote on Twitter.