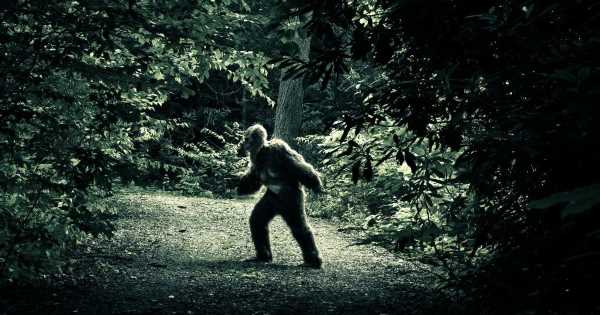 Two American hunters claim they were each chased out of one of America's biggest national parks by a vengeful Bigfoot who took umbrage to being hunted.

The disturbing claims were made on the popular Bigfoot Reddit page – a veritable treasure trove of humblebrags, tall tales and utter b******s.

Under a thread titled ' Wouldn't hunters have found bigfoot?', a friend of the two traumatised hunters relayed their terrifying encounter.

They claimed: "I have 2 friends from two totally different friend groups who have been run out of a certain National Forest here in SC while hunting.

"One actually had one standing three feet away screaming at him only to have a second one unseen scream too. Whether you see one or not, they’re here!"

He went on to explain that the forest where the incidents had taken place was the Francis Marion National Forest in South Carolina.

This irked one of his followers who said: "I’m literally moving there in a couple of weeks. Now I’m scared and don’t want to."

Thankfully he was quick to calm the user down writing: "Your chance of seeing one of these things while living here is next to zero.

"Even if you’re trudging through the National Forest at 3 am you’ll probably never see one. You’ll be fine, welcome. Hope you like fishing!"

Of course, the chances of anyone seeing a mythical beast that has never before seen or accurately studied are zero – regardless of where you live.

But don't tell the American's that! This is all just too fun.

For the latest breaking news stories and incredible tales from the Daily Star, sign up for our newsletter by clicking here .