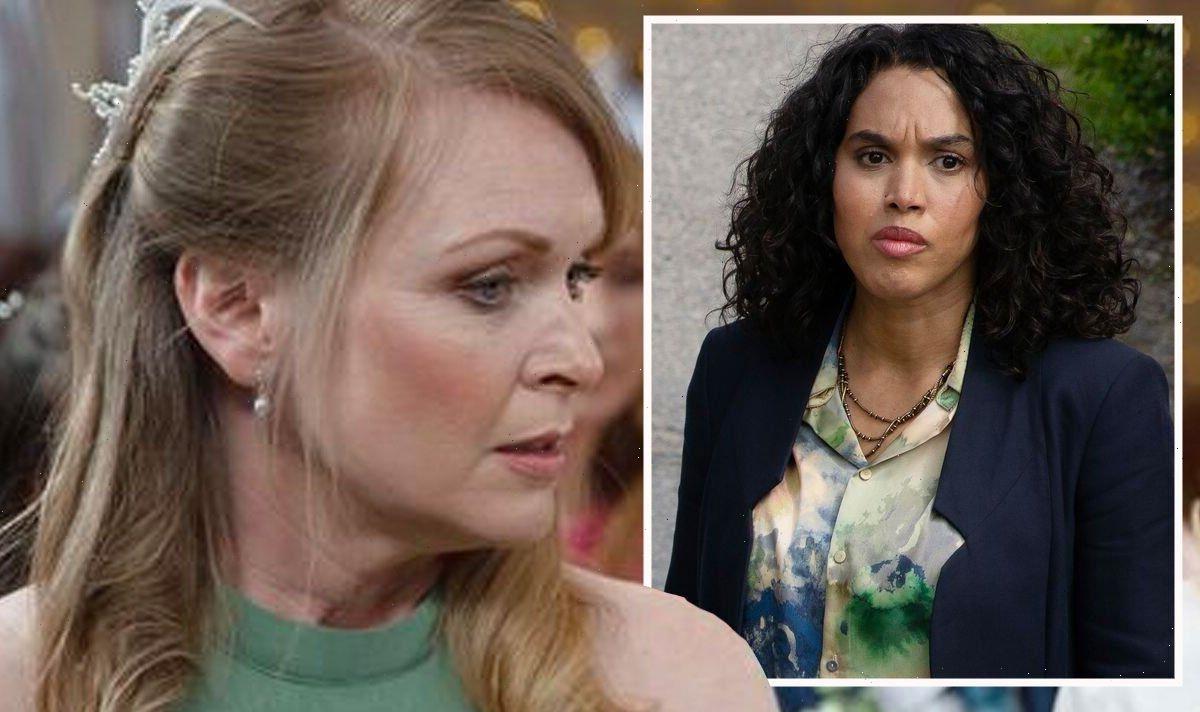 Vanessa (played by Michelle Hardwick) was left devastated a couple of weeks ago on Emmerdale when she broke things off with Suzy (Martelle Edinborough) after she discovered her link to Holly Barton (Sophie Powles). After getting Moira Barton’s (Natalie J Robb) approval to continue the relationship, the couple reunited and have been enjoying their life together. Unfortunately, things are about to take a worrying turn and as a result, they could end up having to plan their escape from the ITV soap.

In scenes airing this week, Suzy will be pulled over by the police after Matty Barton (Ash Palmisciano) reports her for storing drugs in her car.

This is something Suzy knows nothing about as after finding the stash Leyla Harding (Roxy Shahidi) was looking after in the Take A Vow office, Matty planted them in her car.

It seems Suzy is going to be in big trouble and she will have to plead her innocence, having decided to put her days of taking drugs behind her.

If she is arrested, this could make for interesting viewing in scenes airing next week as she might be let out on bail.

The first person she will want to see is Vanessa, in the hopes the village vet won’t have turned her back on her again. 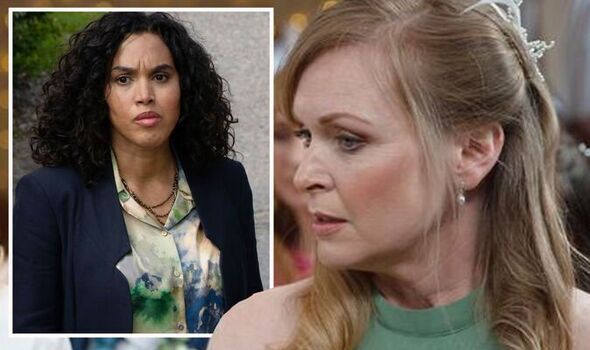 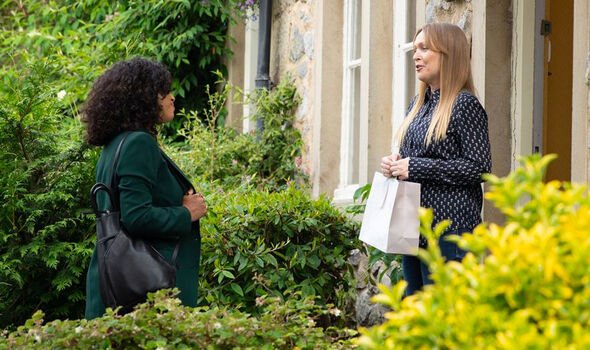 Vanessa and Suzy will come face to face and the former will discover some new information about her girlfriend and her connection to drugs.

This could be that Suzy knows she is being set-up but without any evidence, she is going to have to flee the country.

Not wanting another chance of love to pass her by, Vanessa could agree that she and her young son will go with her and start a new life abroad.

Therefore, a double exit would be on the cards, with both of the characters evading the police as they go on the run.

However, how will the rest of the village react if they discover Vanessa has sided with a supposed drug dealer instead of people she has known for years? 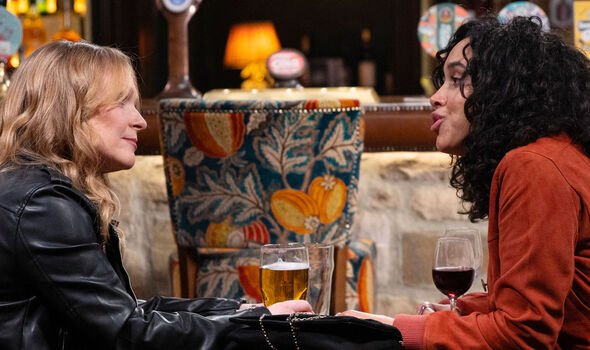 He is just so angry

With Suzy nowhere to be seen, an angry Matty could end up confessing he was the one who planted the drugs in Suzy’s car.

He could end up spilling the beans to his mother Moira, who will urge him to stay quiet as Suzy is out of their lives now.

If he were to confess to the police, not only would he be facing time behind bars but he would also allow Suzy to come back.

Discussing why his character does this, the actor who plays Matty, Ash, said: “He’s driven by this overwhelming grief for Holly.

“However because he’s a fair person, I think if he knew the situation he would definitely come to a realisation that this isn’t the way and he’s started to deal with his own guilt.”

“But I think he is just so angry that Matty can’t see what is in front of him, he’s thought of a narrative in his head and choosing to see what he wants to see,” Ash continued.

“I’ve already had people come up to me in the street and say please don’t go after Suzy, so I know the audience can see the real her, but he can’t at all.

“It’s frustrating because you’ll witness him hearing the wrong bits of a conversation and exchanges and you can see a path that he is on and why he gets to where he gets to.”

Asked if the aim is to have Suzy in jail, Ash added: “Definitely, he wants her to go to prison to pay for what she’s done.

“Not only to avenge his sister but to all the other people who are supposedly under her spell. He’s convinced Suzy is taking advantage of Leyla as well and is no good.”

“So, he wants her to go to prison for what she’s done but also so that his pain and guilt is dealt with – he won’t feel bad for not being there for Holly because he’s sorted it now with his revenge,” the actor explained.

If this double exit does air, it would also allow for the actress who plays Vanessa, Michelle, to take a break from the show.

The actress recently announced she was pregnant with her and her wife, Kate Brooks’ second child.

Vanessa only returned to the village at the end of last year after the soap star came back from maternity leave following the birth of her first child.

Announcing the latest news, Michelle took to social media to post a picture of herself, Kate and their young son, Teddy.

“We are super excited about our gorgeous news! I’m 20 weeks today and can almost rest a cup of tea on my bump #bigbrother.”

The fact the actress is already halfway through her pregnancy means the writers will have to include an exit for her very soon.

So if Suzy does feel she can no longer live in the village with her girlfriend, will Vanessa be going with her very shortly?