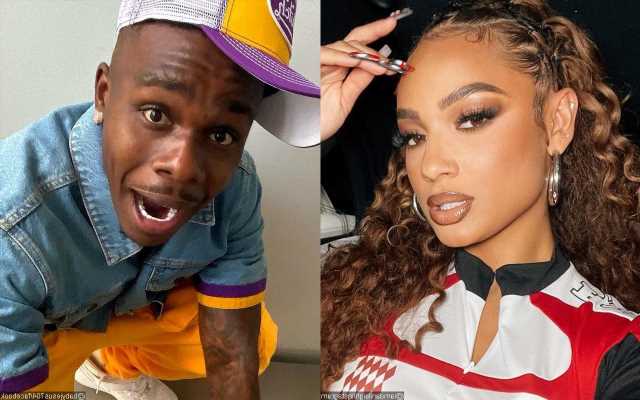 The RnB singer, who shares a young daughter with the ‘Red Light Green Light’ emcee, divulges that she previewed ‘CAP’ and ‘Call Me Out My Name’ off her latest album ‘My Side’.

AceShowbiz -It looks like things are doing fine between DaniLeigh and DaBaby. Months after getting in an altercation with her baby daddy, the “Lil Bebe” singer revealed in a new interview that she sent him songs from her latest album “My Side” ahead of its release.

The 27-year-old beauty, who shares a young daughter with the “Red Light Green Light” emcee, made the revelation when making an appearance on “Big Boy’s Neighborhood”. “I played him two records… ‘Cause I felt like I kinda had to,” she first confessed.

Asked which songs she previewed, Dani divulged, ” ‘Cap’ and ‘Call Me Out My Name’, ’cause those are the most deepest ones…’Cap’ I’m angry.” About how DaBaby responded, she elaborated, “I mean, he’s not a softy so he kinda like, laughed when I was like, ‘Keep your ho a** where you at.’ You know what I mean?”

Dani went on to note that she felt “better” after showing the tracks to DaBaby.

Dani and DaBaby made headlines last year for having an altercation on Instagram Live. Dani, who was feeding their daughter during the November 15 live streaming, claimed that the rapper kicked her and their child out of the house so that he could hook up with other women.

The “Suge” spitter fired back by calling cops on the songstress that night, claiming that she struck him. While she was not arrested at that time, police were called again to the emcee’s house in response to a report of a disturbance the next day. She was charged with two counts of simple assault.