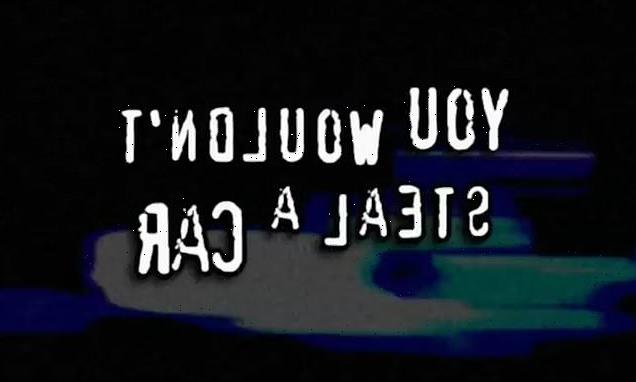 Anyone who owned a DVD player in the mid-2000s will remember being told:  ‘You wouldn’t steal a car,’ before watching Shrek 2 on their TV.

The iconic distorted guitar music and flickering graphics meant the anti-piracy ad stuck in viewers’ minds for year’s to come – but not for the right reasons.

Created by the film industry in 2004, the overly-dramatic campaign, warning people that downloading pirated films is a crime, became widely mocked and parodied.

And, according to a new study, these types of public service announcements (PSAs) actually encouraged people to pirate more than they may have otherwise.

The authors, from the ESSCA School of Management in Lyon, France, claim that by informing people of how pervasive piracy is, the adverts allowed them to rationalise the crime.

They also lessened the impact of the message by comparing piracy to much more serious crimes, like stealing handbags and cars. 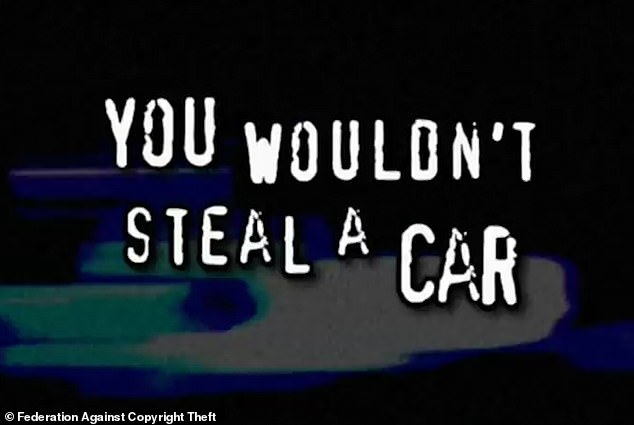 According to a new study, anti-piracy public service announcements (PSAs) actually encouraged people to download content illegally more than they may have otherwise 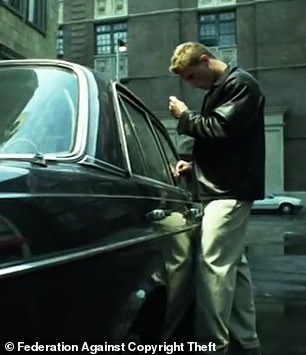 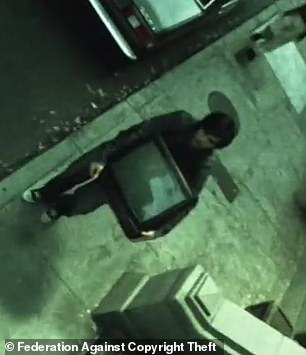 Adverts compared piracy to serious crimes like vehicle theft or burglary, and dramatise the consequences like cinemas going bust. By overcrowding it with these different arguments of varying strengths, the researchers claim the producers ‘diluted down the message’

Online piracy is defined as the practice of downloading and distributing copyrighted content – like films, music and software – without the owner’s permission.

The ‘You wouldn’t steal a car’ advert was produced by the Federation Against Copyright Theft and the Motion Picture Association of America to discourage copyright infringement.

But by 2009, over 100 parodies had been made, including in the popular British sitcom ‘The IT Crowd’ .

The paper, published last month in The Information Society, analyses this and other anti-piracy campaigns, using behavioural economics to discover where they went wrong.

The researchers found that producers tend to overfill the adverts with negative consequences of piracy.

These range from imagery evoking cinemas and actors going bankrupt, all the way to relatively minor ramifications like malware or low quality content.

Additionally, they compare video piracy to serious crimes like vehicle theft or burglary.

By overcrowding the advert with all these different arguments of varying strengths, the authors claim the producers ‘diluted down the message’.

The researchers also found that some campaigns tend to use statistics to get their message across, such as on the ‘Get It Right From a Genuine Site’ site-checker.

They argue this fails to make an impact as the numbers are not put into context.

Studies in behavioural psychology have found that people identify more with a problem if they feel a personal connection to it.

They said: ‘This can offer to pirates a moral justification: they only steal [from] the rich to “feed the poor”.’ 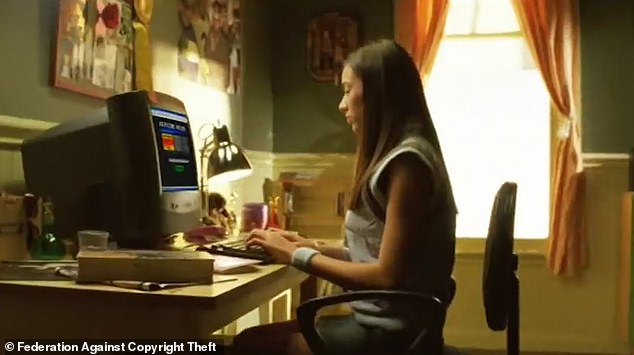 The authors, from the ESSCA School of Management in Lyon, France, claim that the adverts inform viewers of how pervasive the crime is, so rationalise it to potential criminals

The researchers also found that some campaigns tend to use statistics to get their message across, such as on the ‘Get It Right From a Genuine Site’ site-checker. They argue this fails to make an impact as the numbers are not put into context

These PSAs can also encourage piracy by unintentionally putting the idea in film enthusiasts’ minds, and informing them that other people are doing it.

Behavioural research has shown that we tend to follow the ‘descriptive norm’ of  what others are doing, rather than the ‘injunctive norm’ of what is disapproved of by law.

The researchers wrote: ‘Informing directly or indirectly individuals that many people pirate is counterproductive and encourages piracy by driving the targeted individuals to behave similarly.

‘These messages provide to the would-be pirates the needed rationalisation by emphasising that ‘everyone is doing it.’

The language they use also seems to ‘facilitate the moral disengagement of infringers, who do not perceive themselves as thieves’.

Phrases like ‘file sharing’ and ‘fighting the system’ suggest that piracy does not deprive the owner of property, and is therefore inequitable to theft.

The behavioural economists conclude organisations should take these human biases into account when designing their campaigns.

It is also recommended that the adverts are not shown in cinemas, where paying customers will be informed about how widespread piracy is and potentially encourage them into it. 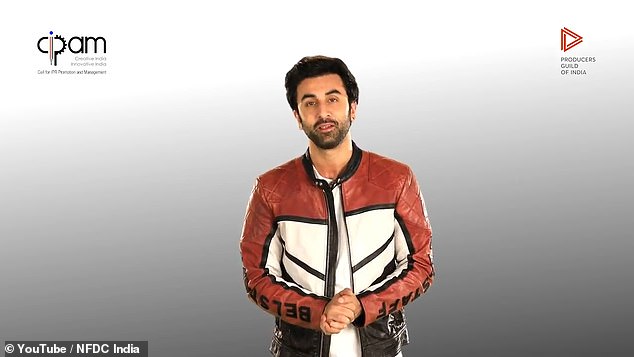 Hindi-language film star Ranbir Kapoor has an estimated net worth of £35m ($43m), and appeared in an Indian advert encouraging regular people not to download films illegally. The authors argued this unintentionally provides ‘moral justification’ to ‘steal [from] the rich’

Illegally streaming shows like Game of Thrones is a ‘win-win-win’ situation for all, say scientists

Piracy benefits the makers of TV shows as well as the law-breaking viewer, scientists have discovered.

Research has found it prevents retailers and TV bosses from hiking up prices on premium shows, such as HBO’s Game of Thrones.

Piracy also benefits both TV providers and show-makers as it stops either one monopolising the product and charging excessive fees.

The research dubbed a moderate level of piracy as a ‘win-win-win’ situation and TV bosses should ‘turn a blind eye’.