A new paper published in the Monthly Notices of the Royal Astronomical Society by researchers Tessa Vernstrom of The University of Western Australia and Christopher Reisely from Italy’s Universita di Bologna describe a series of large, low-frequency objects roughly 800 million light years from Earth. Researchers used radio and X-Ray telescopes to study the trio of objects – a fossil radio emission, a radio relic, and a radio halo – located within the Abell 3266 galaxy cluster.

All three were too faint to detect until the researchers applied a complex algorithm to the telescope imagery of the cluster – and uncovered evidence of the supermassive black hole which had created it.

In an article published on The Conversation website, in which they also shared several images of their research, the pair explained: “They defy existing theories about both the origins of such objects and their characteristics.”

The radio relic, a sonic boom-like arc of radio waves are “powered by shockwaves travelling through the plasma”, especially caught the researchers’ attention, they explained, revealing features “never been seen before”. 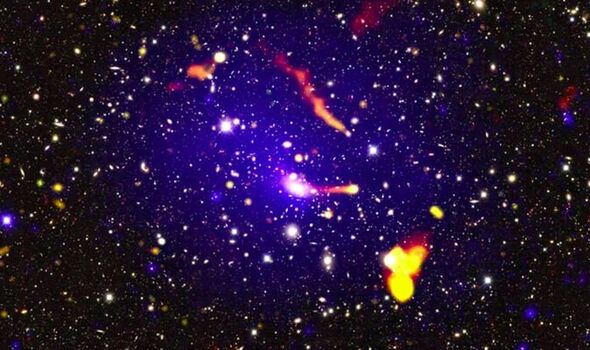 They added: “Its concave shape is also unusual, earning it the catchy moniker of a ‘wrong-way’ relic.

“Overall, our data break our understanding of how relics are generated, and we’re still working to decipher the complex physics behind these radio objects.”

The radio fossil, seen towards the upper right of the lead image, is very faint and red, indicating it was ancient, they pointed out. 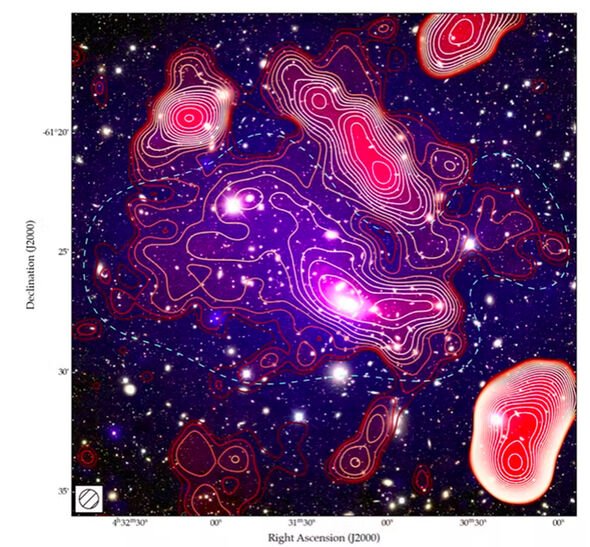 They added: “We believe this radio emission originally came from the galaxy at the lower left, with a central black hole that has long been switched off.

“This reveals gaps in our understanding of how these sources evolve – gaps that we’re working to fill. 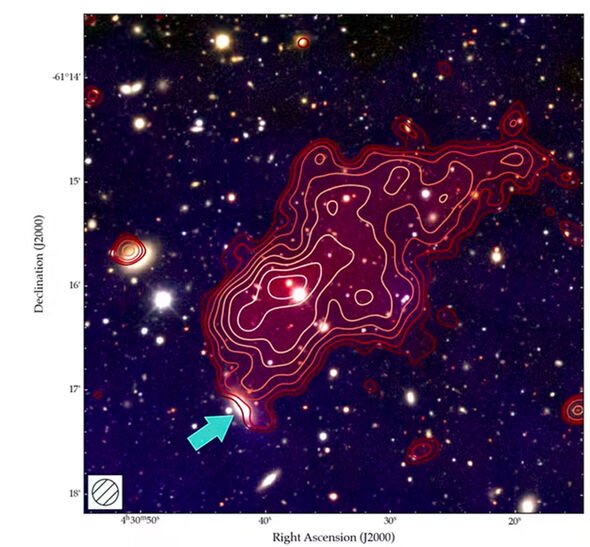 “Finally, using a clever algorithm, we de-focused the lead image to look for very faint emission that’s invisible at high resolution, unearthing the first detection of a radio halo in Abell 3266

“This is the beginning of the road towards understanding Abell 3266. We have uncovered a wealth of new and detailed information, but our study has raised yet more questions.

“The telescopes we used are laying the foundations for revolutionary science from the Square Kilometre Array project. 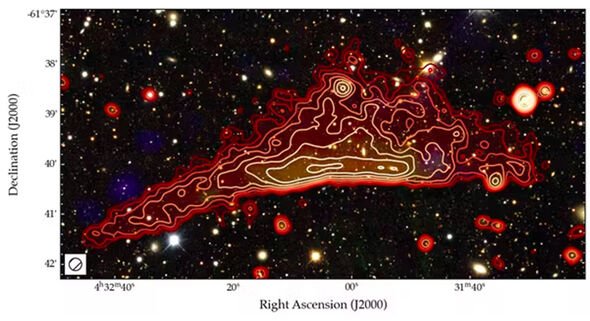 “The telescopes we used are laying the foundations for revolutionary science from the Square Kilometre Array project.

“Studies like ours allow astronomers to figure out what we don’t know – but you can be sure we’re going to find out.”

Speaking to the Australian Broadcast Company (ABC), Dr Verstrom pointed out the relic was also a great deal brighter in the radio spectrum than anticipated in any models.

She said: “So we don’t really understand what that’s telling us.

“Maybe there’s some kind of new physics going on there that we haven’t fully understood when our models can’t match the observations.”

There are thousands of galaxy clusters in the universe, Dr Vernstrom said – but stressed “surprisingly few” objects such as those in Abell 3266 has been spotted.

She added: “They are basically just hard to detect.”