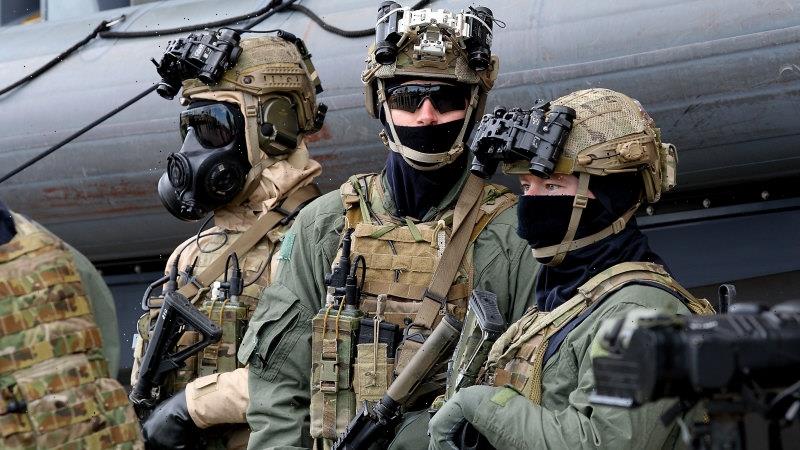 Australians will be warned of the risk of state-on-state conflict in an urgent review of the nation’s defence amid fears that $44.6 billion in annual spending is not doing enough to prepare the country for growing threats to its security.

Defence Minister Richard Marles will call in two external experts to conduct the snap review while the government considers pivotal decisions on nuclear submarines, a fleet of guided-missile destroyers and plans to build a bigger army. 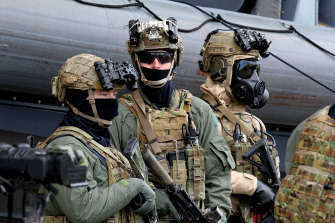 The government is considering pivotal decisions including on building a bigger army, nuclear submarines and a fleet of guided-missile destroyers.Credit:Ben Rushton

The review, to be led by former Labor defence minister Stephen Smith and former defence force chief Sir Angus Houston, will run in parallel to the deliberations of a working group into the new submarine fleet, set up under the AUKUS alliance struck with the United States and United Kingdom last year.

With the Russian invasion of Ukraine raising concerns that China might use force against Taiwan, the review will question the spending priorities on all major defence programs and whether the outlays are giving the country the security it needs.

Prime Minister Anthony Albanese went to the election with a pledge to maintain defence spending but Labor has blamed the previous government for leaving Australia with a “capability gap” because too many projects have been delivered too late and over their original budgets.

“Military modernisation, technological disruption and the risk of state-on-state conflict are complicating Australia’s strategic circumstances,” say the terms of reference for the review, to be released on Wednesday.

In a sign that every aspect of defence needs scrutiny, the terms of reference say the purpose of the inquiry is to assess the “structure, posture and preparedness” of the ADF and whether it can meet the challenges over the next decade.

While department officials and military chiefs conducted a Defence Strategic Update and Force Structure Plan two years ago, the government has called in the two outside experts in a clear sign it wants a fresh assessment of department decisions.

Smith, a professor at the University of Western Australia, was foreign affairs minister from 2007 to 2010 and defence minister from 2010 to 2013 under prime ministers Kevin Rudd and Julia Gillard.

Houston, a former Royal Australian Air Force pilot, was Chief of the Defence Force from 2005 to 2011. He was appointed to head Airservices Australia by the Gillard government and knighted by then-prime minister Tony Abbott after the Coalition won the 2013 election.

Albanese and Marles want the reviewers to submit their final report by March next year but have asked for an interim report as soon as they have done their initial analysis, highlighting the urgency of the task.

The process gives the government time to consider challenging decisions on major spending programs when there are significant delays to the purchase of new frigates under a $44 billion contract with from BAE Systems in the UK, while Spanish company Navantia says it could build three guided-missile warships by the end of this decade.

Australia also plans to buy more than 120 tanks and other armoured vehicles from the US at a cost of $3.5 billion despite questions over whether the money should be spent on air and sea defences instead.

Marles has confirmed his intention to make a final decision on the nuclear submarine fleet by March but this is complicated by the debate on the possibility of acquiring an interim fleet to replace the existing Collins-class submarines.

The first of the nuclear-propelled submarines is not expected to be in the water before 2040 and some defence experts have aired questions about whether Australia will have the spending power and the nuclear skills to support the new fleet under the AUKUS alliance.