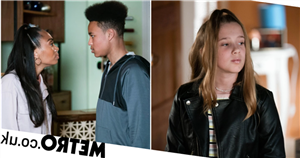 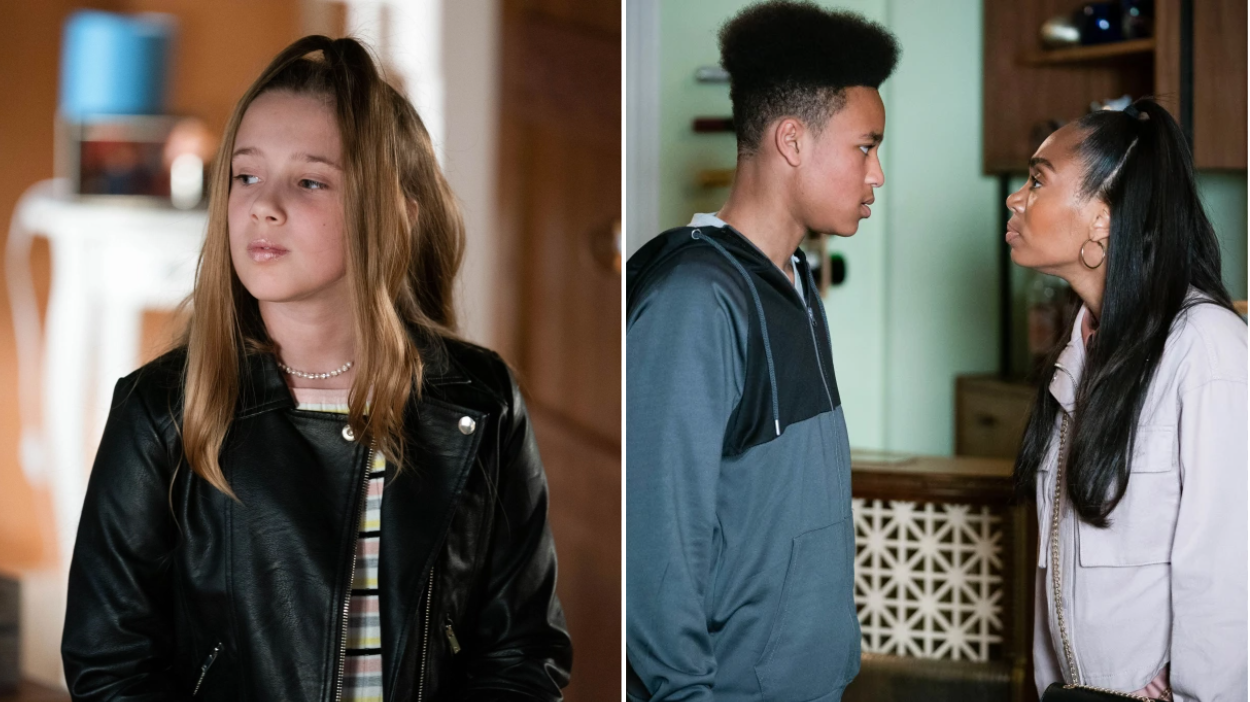 Out of everyone in EastEnders, perhaps Chelsea Fox (Zaraah Abrahams) is the most acutely aware of how it feels to be bullied, belittled and intimidated, having only just survived a relationship with evil Gray Atkins.

So it’s not surprising that when she hears about a young girl being subjected to bullying behaviour, she rushes in to defend them.

The girl is Amy Mitchell (Abbie Burke), and she’s upset to be on the receiving end of some very nasty behaviour from two boys.

Denzel is Howie (Delroy Atkinson)’s son who has recently come to the Square to stay with his dad and Kim (Tameka Empson). Kim introduces him to Amy as well as Lily (Lilia Turner) and Tommy (Sonny Kendall), hoping that having friends his own age will help him to settle.

Amy’s quite smitten with Denzel and sets out to impress him. They’re soon joined by Ravi (Aaron Thiara)’s son Davinder – known as Nugget – and it’s not long before the two boys are winding Amy up and leaving her upset.

When Chelsea finds Amy in tears she goes straight off to find the boys and gives them a stern talking to. Later on Amy is still struggling in the aftermath of the way the boys behaved. Chelsea is appalled that the boys haven’t apologised and once again has some very stern words for them both.