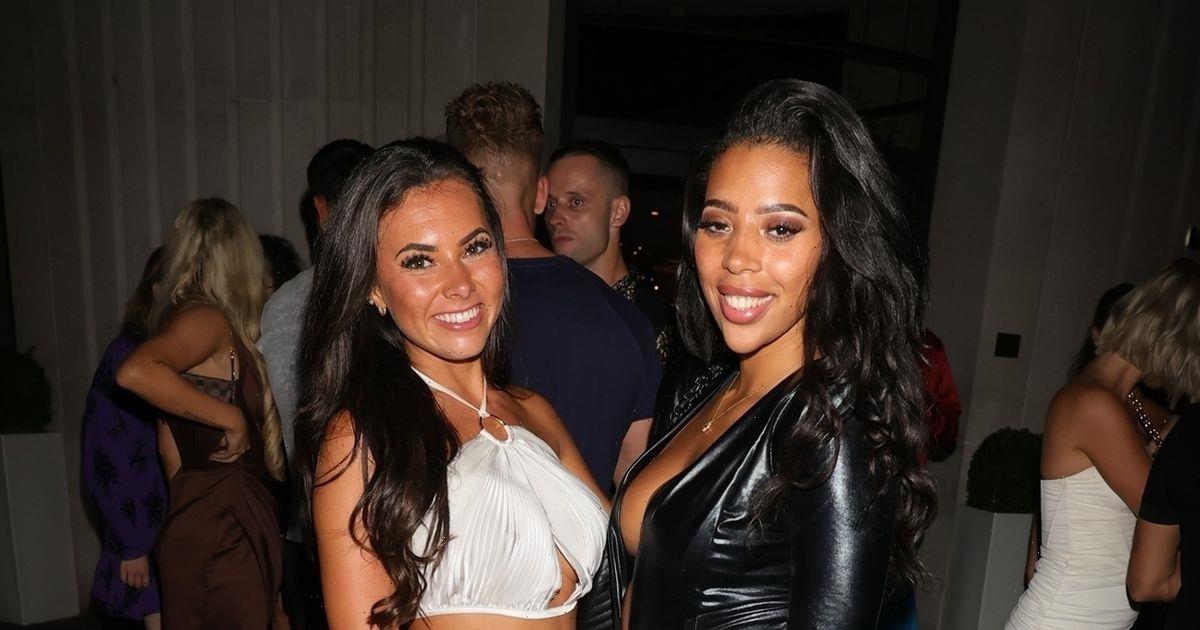 All of the Love Island 2022 contestants reunited in London on Monday (1 August) to watch the season finale live on-screen and celebrate together.

The highly anticipated final episode aired on Monday evening with millions across the country tuning in to watch Davide Sanclimenti and Ekin-Su Cülcüloğlu be crowned winners, with Gemma Owen and Luca Bish being named as runners-up.

Indiyah Polack and Dami Hope came in third place while Tasha Ghouri and Andrew Le Page came fourth, after Paige Thorne and Adam Collard were dumped from the island two days before the final.

The rest of the Love Island 2022 cast, including all of the Casa Amor bombshells, headed to a swanky venue in London to watch the winning couple be crowned on screen, with ITV throwing a fun-filled party for them all.

Coco Lodge, Cheyanne Kerr, Mollie Salmon, Chyna Mills, Summer Botwe and Jazmine Nichol could all be seen looking glamorous as they posed for a snap outside the venue.

Coco, 27, who caused quite a stir during her time on the ITV2 dating show, donned a black cut-out midi dress for the occasion as her close pal Cheyanne, 23, wowed in a white strapless dress with her blonde locks styled in waves.

Summer, 22, opted for a vibrant blue co-ord and could be seen looking cosy with love interest Josh Le Grove, 22, as they got ready for the party together.

Amber Beckford, who was part of the original Love Island line-up and was dumped from the villa after two weeks, also made her way to the bash and wore a black leather dress featuring a plunging neckline as she got set to reunite with her fellow Islanders and meet others for the first time.

The final couple to be eliminated from the show, Paige, 24, and Adam, 26, attended the party too, alongside bombshells Jay Younger, 28, Antigoni Buxton, 26, and Charlie Radnedge, 28.

Antigoni looked to be having a blast as she partied with her pals and showed off her incredible figure in a metallic cut out dress.

Danica Taylor, 21, made an appearance at the bash too, alongside her new love interest Jamie Allen, 27, with the pair looking smitten after recently being dumped from the Island.

The dancer wowed in a black cut-out mini dress while Jamie cut a casual figure in a black shirt and grey trousers, paired with trainers.

The Love Island wrap party included unlimited drinks and snacks and some of the Islanders were also interviewed on stage by Capital Xtra host Will Njobvu, including Deji Adeniyi and Lacey Edwards.

Lacey entered the villa was one of the four final bombshells of the series, alongside Jamie, Nathalia Campos and Reece Ford, and the foursome appear to have formed a close friendship.

After interviews and hours of mingling, the Islanders all gathered round to watch the final live on TV and watch the final four couples finish off their Love Island journeys.

As Davide and Ekin-Su's win was announced all of the ex-contestants could be seen putting their drinks in the air and excitedly celebrating, with many hoping that the pair would be crowned winners.

They continued celebrating into the early hours and shared a whole host of stunning selfies and fun videos giving fans a glimpse inside the wrap party.