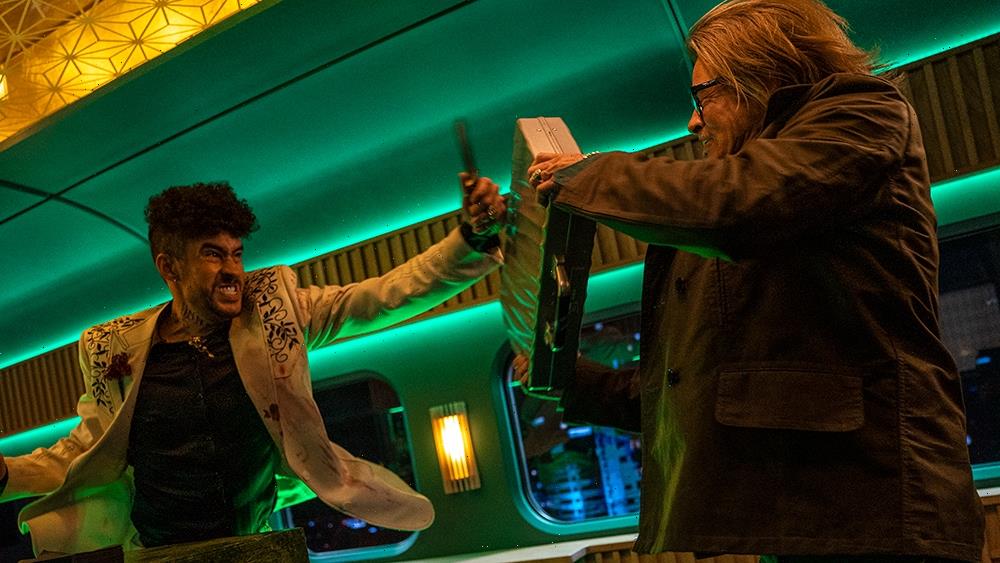 Tom Cruise may have been dubbed “Hollywood’s Last Real Movie Star” by the New York Times, but Sony Pictures is betting big there’s at least one other leading man in Tinseltown who can pack theaters on the strength of his name alone.

The studio will test the power of Brad Pitt’s popular appeal as it opens “Bullet Train” in 4,300 North American theaters on Friday. The high-octane assassin thriller is projected to bring in $30 million or more in its box office debut, enough to lead domestic charts. It wouldn’t be a bad start in today’s fractured moviegoing landscape. But those projections are lower than independent box office experts were expecting for a high-profile thriller aimed at adult men.

The R-rated “Bullet Train” didn’t come cheap, so it’ll need to keep playing in theaters throughout the summer to justify its hefty price tag. Sony spent $90 million to produce the film, not including the many millions spent to promote it to the public.

This weekend, which also sees the release of Universal’s comedy “Easter Sunday,” will be an important indicator of moviegoers’ appetite for original movies. Conventional wisdom these days says people would prefer to shell out to watch Captain America and Thor take on an intergalactic baddie for the 400th time. But fresh ideas, like Sandra Bullock’s romantic comedy “The Lost City” ($105 million in North America), A24’s indie breakout “Everything Everywhere All At Once” ($68 million in North America, so far), director Baz Luhrmann’s “Elvis” ($125 million in North America, so far) and Jordan Peele’s UFO thriller “Nope” ($80 million in North America, so far), have managed to reap rewards at the box office. Impressively, most of those films succeeded despite being released in the height of summer blockbuster season. To be sure, eight of the 10 highest-grossing domestic releases in 2022 are sequels to popular movies (“Top Gun: Maverick,” “Jurassic World Dominion”), comic book adaptations (“The Batman”) — or both (“Thor: Love and Thunder,” “Doctor Strange in the Multiverse of Madness). But there are certainly glimmers of hope out there for the forces of originality to prevail.

David Leitch, best known for “Deadpool 2,” “Atomic Blonde” and “Fast & Furious Presents: Hobbs & Shaw,” directed “Bullet Train,” which was adapted from Kōtarō Isaka’s Japanese novel “Maria Beetle.” Pitt stars as Ladybug, an assassin on the verge of retirement until he’s pulled back in by his handler, who tasks him with collecting a briefcase on a bullet train that’s going from Tokyo to Kyoto. What he doesn’t initially realize is that there are other trained killers on board looking to accomplish a similar mission. Pitt will have help in selling tickets as he shares the screen with Joey King, Brian Tyree Henry, Michael Shannon, Sandra Bullock and Benito A. Martínez Ocasio, the rapper better known as Bad Bunny.

“Leitch tends to approach these standoffs the way Gene Kelly and Fred Astaire once did their dance numbers: The violence needn’t be taken literally (which is tough at times, considering how brutal the bloodshed can be), but rather appreciated mostly for their choreography and capacity to surprise,” Debruge wrote in his review.

“Easter Sunday,” which is also targeting adult audiences, is estimated to bring in $5 million to $7 million from 3,200 cinemas. Jay Chandrasekhar (“Super Troopers”) directed the $17 million-budgeted movie, which stars comedian Jo Koy as a struggling stand-up who returns home to his loud and dysfunctional Filipino American family on Easter Sunday. Tiffany Haddish, “Silicon Valley” star Jimmy O. Yang and Tia Carrere (“Wayne’s World”) round out the cast.

At the indie box office, A24 is bringing “Bodies Bodies Bodies” to six theaters in New York City and Los Angeles. The slasher comedy, starring Amandla Stenberg, Maria Bakalova, Rachel Sennott and Pete Davidson, premiered to positive reviews at South by Southwest Film Festival. It centers on rich 20-somethings who plan a hurricane party at a remote family mansion that turns deadly.