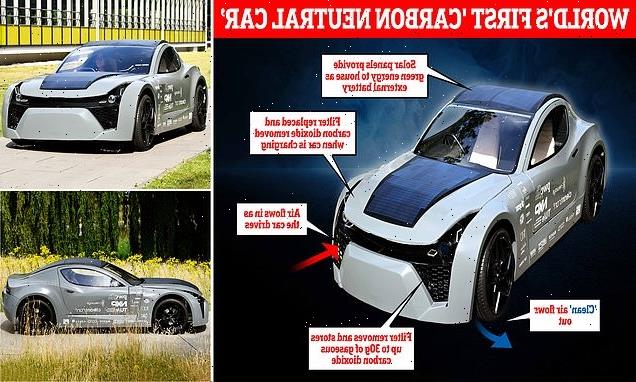 Road transport contributes about 16 per cent of global carbon dioxide – but what if our cars could actually start capturing these emissions?

Student engineers have unveiled their design for the world’s first ‘carbon neutral car’, which removes and stores carbon dioxide from the air as it drives down the road.

Air flows in through a grille on the front of the vehicle, which goes through a filter that separates and stores the greenhouse gas.

The electric vehicle, known as ‘Zem’, was engineered by the TU/ecomotive team from the Eindhoven University of Technology in The Netherlands.

Their prototype also has solar panels on its roof and bonnet, enabling it be used as an external battery for a house. 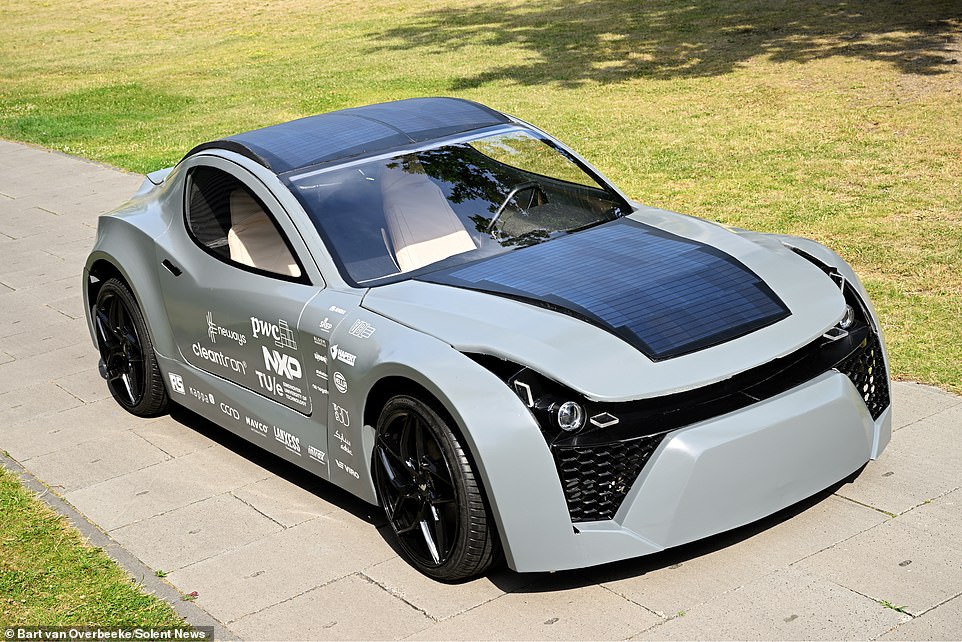 Scientists have unveiled their design for the world’s first ‘carbon neutral car’, that removes and stores carbon dioxide from the air as it drives down the road 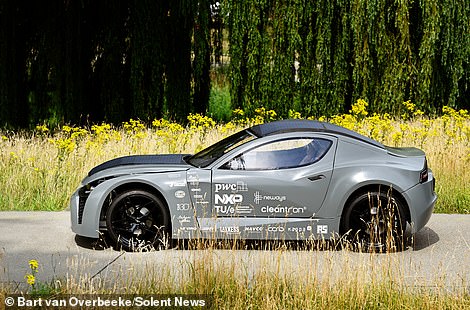 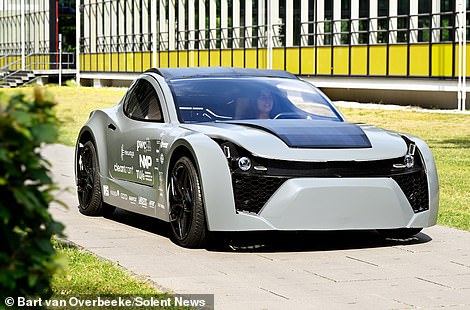 The electric vehicle was engineered by the TU/ecomotive team from the Eindhoven University of Technology in The Netherlands. Air flows in through the grille on the front of the vehicle, which then goes through a filter that separates and stores the greenhouse gas 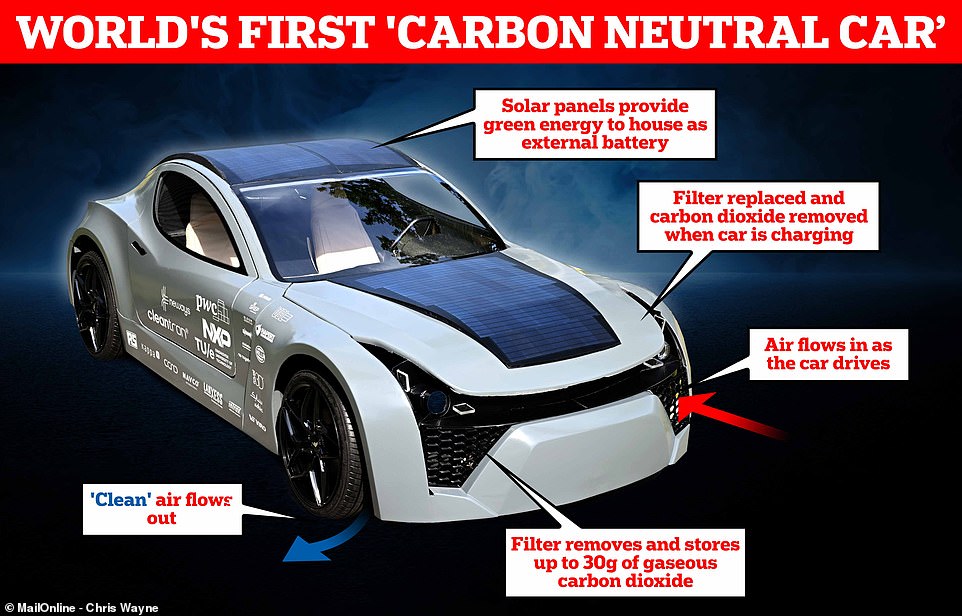 The Zem’s filter currently reaches capacity after about 200 miles, when it has collected about 30 g of gaseous carbon dioxide. The filters could be cleaned or replaced, and the captured carbon dioxide emptied, while the electric car is being charged

HOW DOES THE ZEM CAR WORK?

Air flows into the car through grille’s located underneath its headlights.

The filter separates and stores gaseous carbon dioxide as it is driven.

‘Clean’ air flows out the car by the front wheels.

When the filter has collected about 30 g of carbon dioxide, it can be replaced while the car is charging.

‘We are cleaning the air while driving and aiming to become completely CO2 neutral,’ said team manager Louise de Laat.

‘It is really still a proof-of-concept, but we can already see that we will be able to increase the capacity of the filter in the coming years.

‘Capturing CO2 is a prerequisite for compensating for emissions during production and recycling.’

The Zem’s filter currently reaches capacity after about 200 miles, when it has collected about 30g of gaseous carbon dioxide.

The filters could be cleaned or replaced, and the captured carbon dioxide emptied, while the electric car is being charged.

While it is unclear what will happen to the gas after it is collected from the filter, previous projects have used CO2 to make building materials and baking soda, or stored it underground.

The team claims that up to two kilograms of carbon dioxide could be removed for every 12,800 miles the car travels per year using its ‘direct air capture technology’.

If the technology was to be rolled out to the millions of cars on the road around the world then it has the potential to make a real contribution to reducing greenhouse gases.

The student engineers, who have previously created cars made from recycled plastic waste, also designed the car so that as much of it as possible can be recycled when it reaches the end of its life.

Its interiors are also made from sustainable materials like pineapple leather and recycled plastics, and its windows are made from polycarbonate.

The solar panels on the roof of the car enable it to also be used as an external battery for a house.

A spokesman for the team said: ‘Another upcoming technology that is implemented into Zem is bi-directional charging.

‘The bi-directional charging technology makes it possible for cars to provide energy to houses when no renewable energy is being generated at that moment.

‘You can see Zem as a sort of external battery to your house, providing the house with green energy when needed.

‘The bi-directional charging technology has been paired with solar panels that are implemented on the roof of the car.

‘In this way, Zem makes use of both the batteries and the space on the roof to make the vehicle and its surroundings more sustainable, even when it is not driving.’ 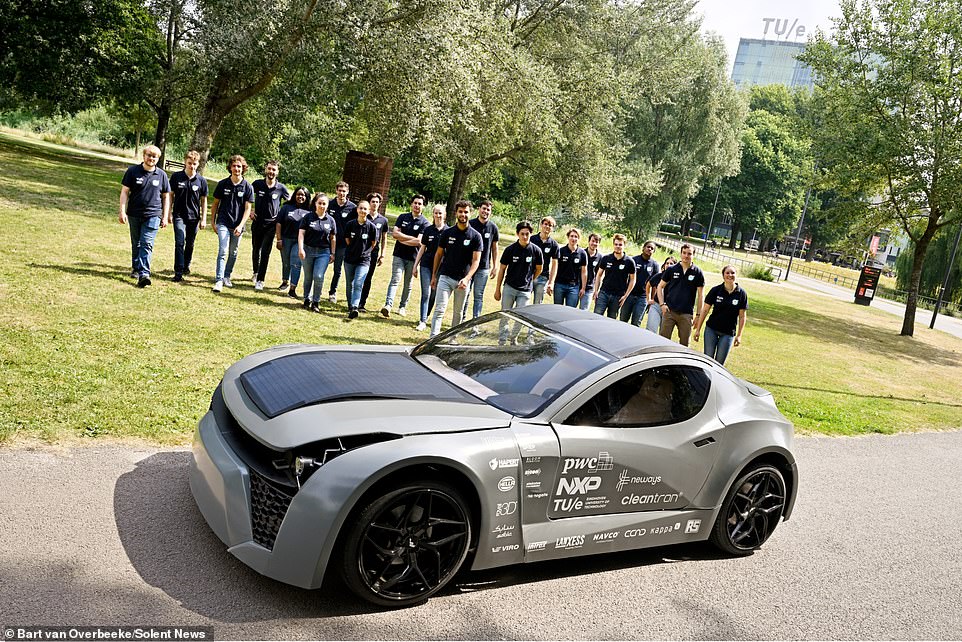 ‘We want to tickle the industry by showing what is already possible,’ said the team’s external relations manager, Nikki Okkels.

‘If 35 students can design, develop and build an almost carbon-neutral car in a year, then there are also opportunities and possibilities for the industry.

‘We call on the industry to pick up the challenge, and of course we are happy to think along with them.

‘We’re not finished developing yet either, and we want to take some big steps in the coming years. We warmly invite car manufacturers to come and take a look.’

The announcement of Zem comes just over a year after electric car company Polestar announced plans plan to create a totally climate-neutral car by 2030.

To achieve this, it hopes to eradicate all carbon emissions from its production process by utilising renewable energy throughout the supply chain, recycled materials and innovative design. 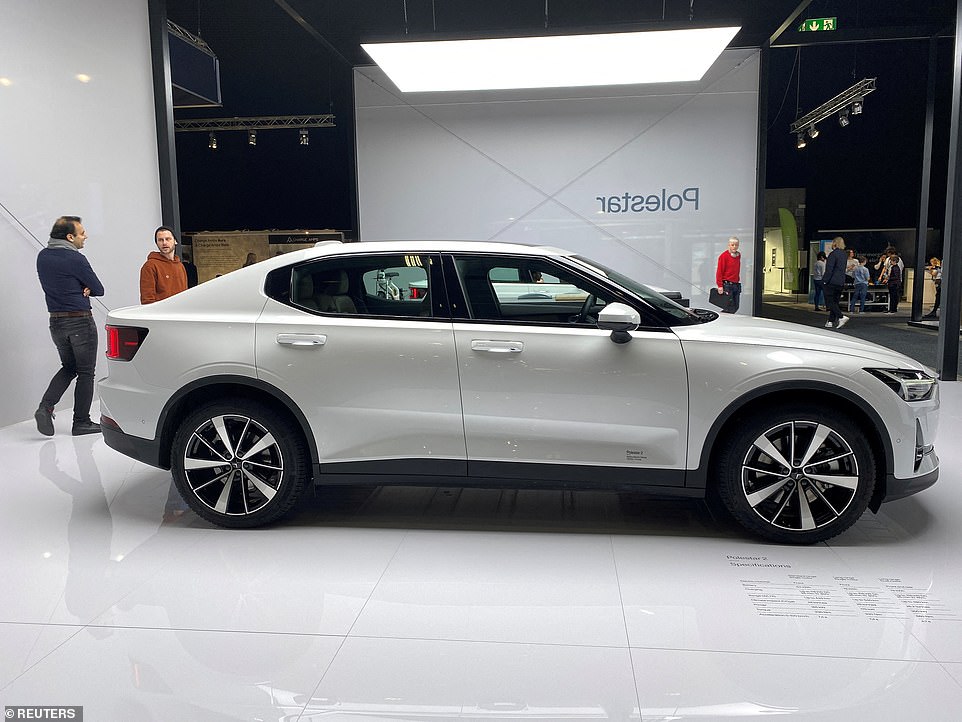 The announcement of Zem comes just over a year after electric car company Polestar announced its plans plan to create a totally climate-neutral car by 2030. The Polestar 2 (pictured) will be given a sustainability declaration

Scientists are developing a train car that can remove 3,000 tonnes of CO2 from the air per year

However, that could be set to change with a new train that actively removes CO2 from the air as it moves.

A US-based startup called CO2Rail Company has been working with engineers at the University of Sheffield and University of Toronto to develop huge vents that take in air while the train moves.

The CO2 can then be separated from the air, converted to a liquid and stored within the carriage until it can be emptied.

The researchers believe this is a more cost efficient than other direct air capture (DAC) solutions, as the carriages can be retrofitted to trains already in service.

They claim that each car could remove up to 3,000 tonnes of carbon dioxide per year in the near term. 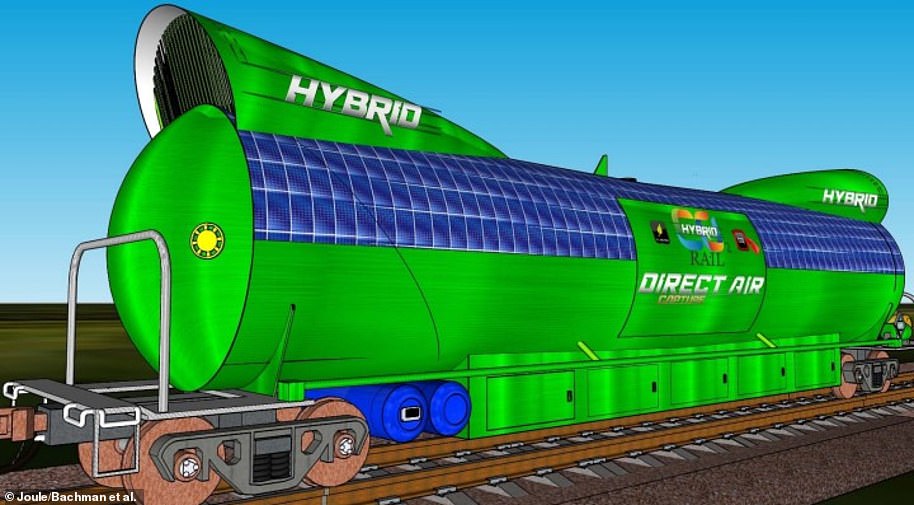