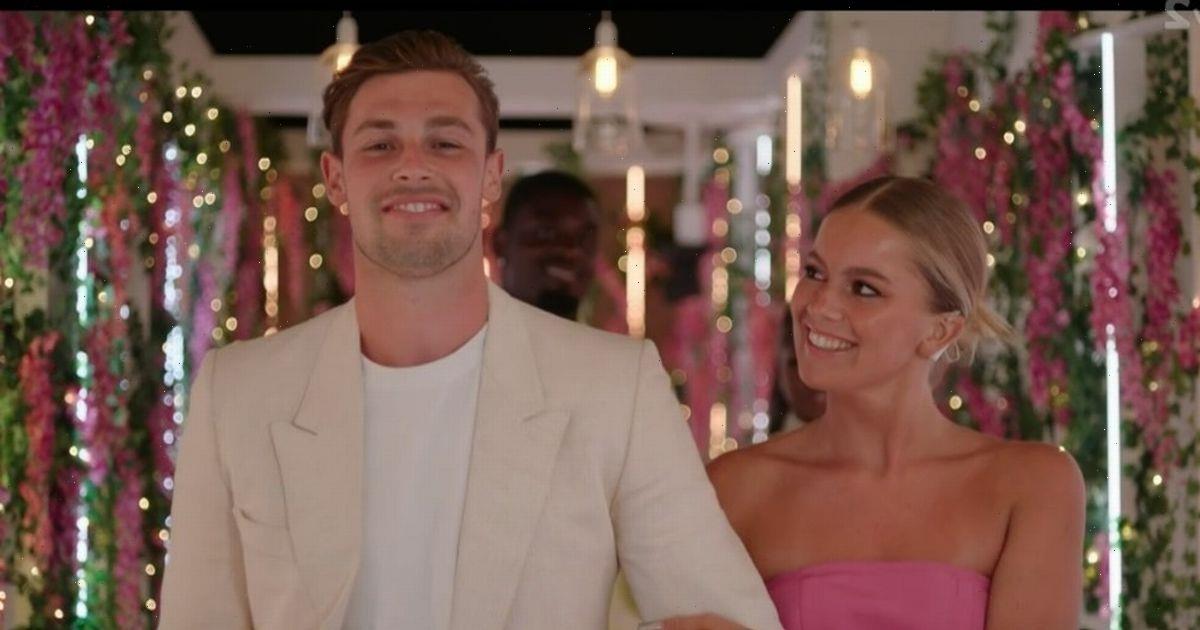 Love Island's Tasha Ghouri has oozed glamour at the grand finale as she battles it out to be crowned winner of the dating show tonight alongside her boyfriend Andrew Le Page.

The stunning model, who happens to be the first ever deaf contestant on the ITV2 reality-dating show, donned a feminine pink outfit with a puffy skirt to the final of the beloved programme.

Looking incredibly chic with her exaggerated silhouette, Tasha rocked a bubblegum pink hued dress that looked as though it was held up by luck alone.

Andrew looked equally as glam as he donned a cream suit that complimented his girlfriend's ensemble perfectly.

With her hair styled in an up-do the gorgeous TV star, who has a glowing career ahead of her when she leaves the villa, looked like a total fashionista as she walked out of the villa and into the garden on the night of the final.

Dubbed as the best dressed and most fashionable contestant this year, Tasha didn't fail to impress viewers at home in her girlie ensemble.

Taking to Twitter fans were quick to swoon over the star who could be in with the chance to take home a life-changing £50K with her beau tonight.

"Tasha's dress. Looking like a beautiful tulip," penned one fan.

While a third added: "Tasha looks stunning (they all are) #loveisland."

But others weren't completely sold on the gown, with some critiquing her style choices for the final.

"They done Tasha dirty with that pink dress," said one viewer.

"What have they popped Tasha in! Whats this pink dress #LoveIsland," added another, who clearly wasn't a fan of the pink display.

Last night Paige and Adam were dumped from the island, which left four couples remaining – with the eight contestants battling it out tonight.

The four couples joining Tasha and Andrew in the live final tonight are: Dami and Inidiyah; Luca Bish and Gemma Owen; and Ekin-Su Cülcüloğlu and Davide Sanclimenti.