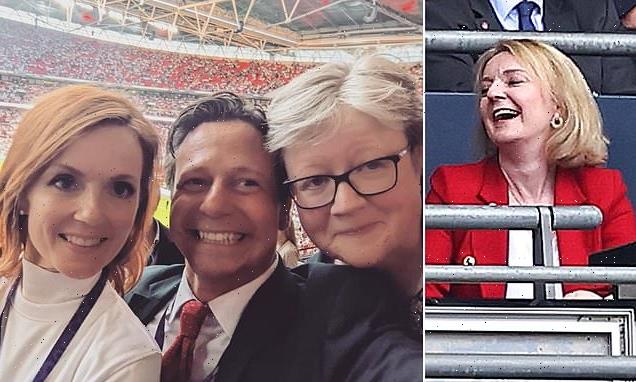 Liz Truss was spurred on in her leadership campaign by a former Spice Girl last night, after she was told to ‘go for it’ by Geri Horner.

‘She said “go for it”, she was very positive,’ the Foreign Secretary told Mail+. 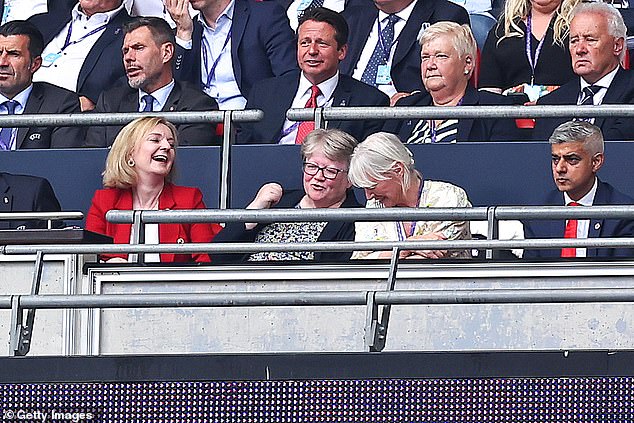 Here we are! Conservative party members Liz Truss, Therese Coffey and Nadine Dorries show just how much they are enjoying supporting the Lionesses while Sadiq Khan sits quietly 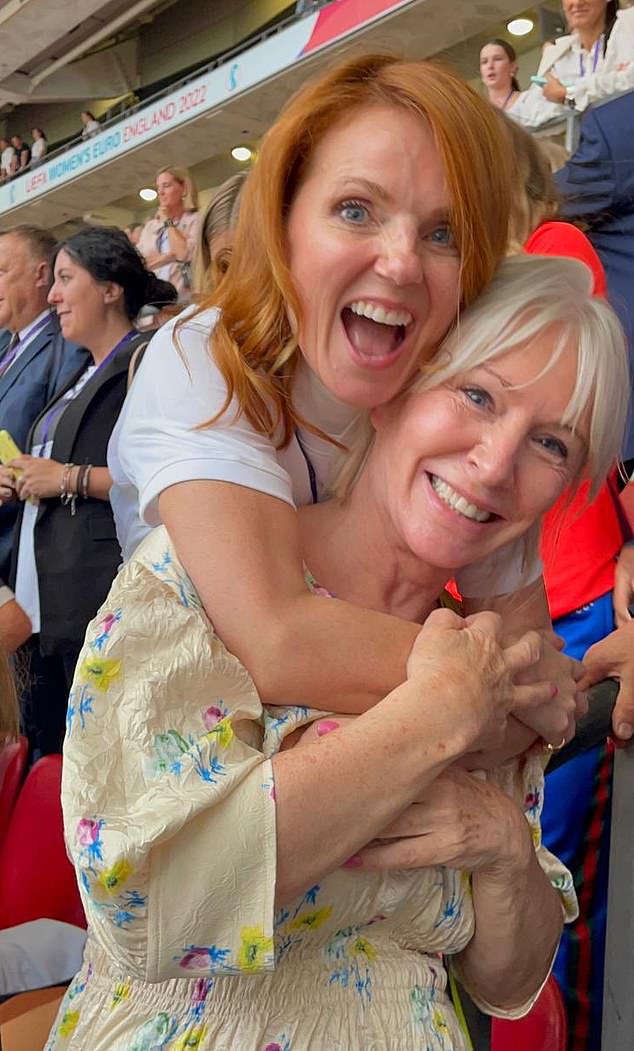 She’s behind you! Spice Girl Geri hugs Nadine Dorries at the final as the MP cited ‘girl power’

Following last night’s game, politicians were accused of jumping on the Lionesses bandwagon to cover themselves in the England players’ reflected glory.

Last night there were no shortage of famous names eagerly posting pictures of themselves watching and celebrating the team’s now-famous win.

Boris Johnson, Rishi Sunak, Keir Starmer, Nadine Dorries and Sadiq Khan joined Ms Truss in being keen to be seen to show their support either at home or at Wembley. 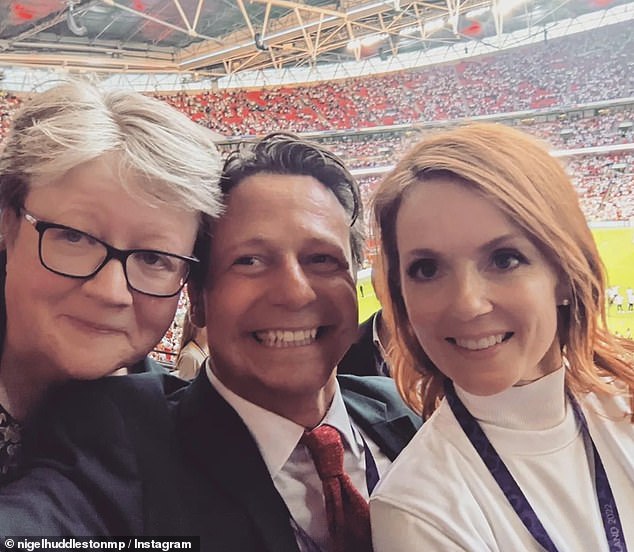 But fans accused them of trying to jump on the bandwagon to serve their own interests.

Today Ms Truss announced that she wants to stop planned ‘nanny state taxes’ on unhealthy foods if she becomes the next prime minister.

The foreign secretary said that Brits ‘don’t want the government telling them what to eat’, and wants to halt plans that would ban buy-one-get-one-free offers on junk food.

She would also not introduce more taxes on high salt, sugar and fat products.

‘There is definitely enough of that… Those taxes are over,’ she told Mail+.

The 47-year-old added that people want to see the Government acting on road and rail services, mobile phone networks and broadband, as well as reducing NHS wait lists and making it easier to get a GP appointment.

The former chancellor made the offer of a ‘radical but realistic’ cut as he prepared to face Liz Truss in the second Tory leadership hustings tonight, with consensus that he is lagging far behind. 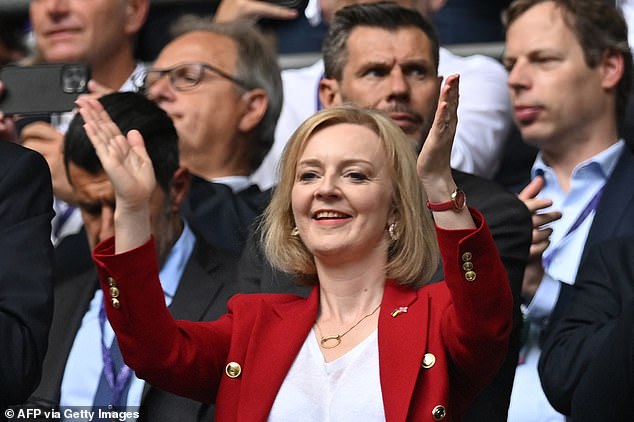 He faces a race against time to catch up with the Foreign Secretary, who is ahead in the polls, as postal voting papers go out this morning.

He faces a race against time to catch up with the Foreign Secretary, who is ahead in the polls, as postal voting papers go out this morning.

The former chancellor said he is pledging the ‘biggest income tax cut’ since Margaret Thatcher in the 1980s.

But the move was last night branded a ‘U-turn’ by a Liz Truss campaign source, who said: ‘People need tax cuts in seven weeks not seven years.’

He told BBC Radio 4’s Today programme that his plan was ‘entirely consistent’ with his campaign and vowing immediate cuts would ‘make the situation far worse and endanger people’s mortgages’.

‘As chancellor I was very keen to make sure that I started cutting taxes and what I’ve announced today builds on that and that’s because I believe in rewarding work and the best way for the Government to signal that is to cut people’s income tax,’ he said.

It came as Ms Truss won the backing of another Cabinet big-hitter. Mr Sunak’s replacement as Chancellor, Nadhim Zahawi, threw his weight behind her.

Writing in the Times he praised Ms Truss’s ‘booster’ economic approach while implying that his ‘doomster’ predecessor in the Treasury subscribed to the ‘status quo’ and a ‘stale economic orthodoxy’.

Mr Sunak’s bid for the premiership was given a boost by the endorsement of Damian Green, the chair of the One Nation group of Conservative MPs, who said he trusted the former chancellor to ‘unify the party’ and ‘conjure up a solution’ to crises.

Mr Sunak’s campaign has faltered over the last few weeks, while Miss Truss has won support for her low-tax credentials and promise to reverse the national insurance hike.

With polls suggesting that she has a clear lead, Mr Sunak is anxiously trying to close the gap before Tory members cast their ballots.

Voting papers will land on doorsteps from today – with many members likely to return their ballots long before the September 2 deadline.