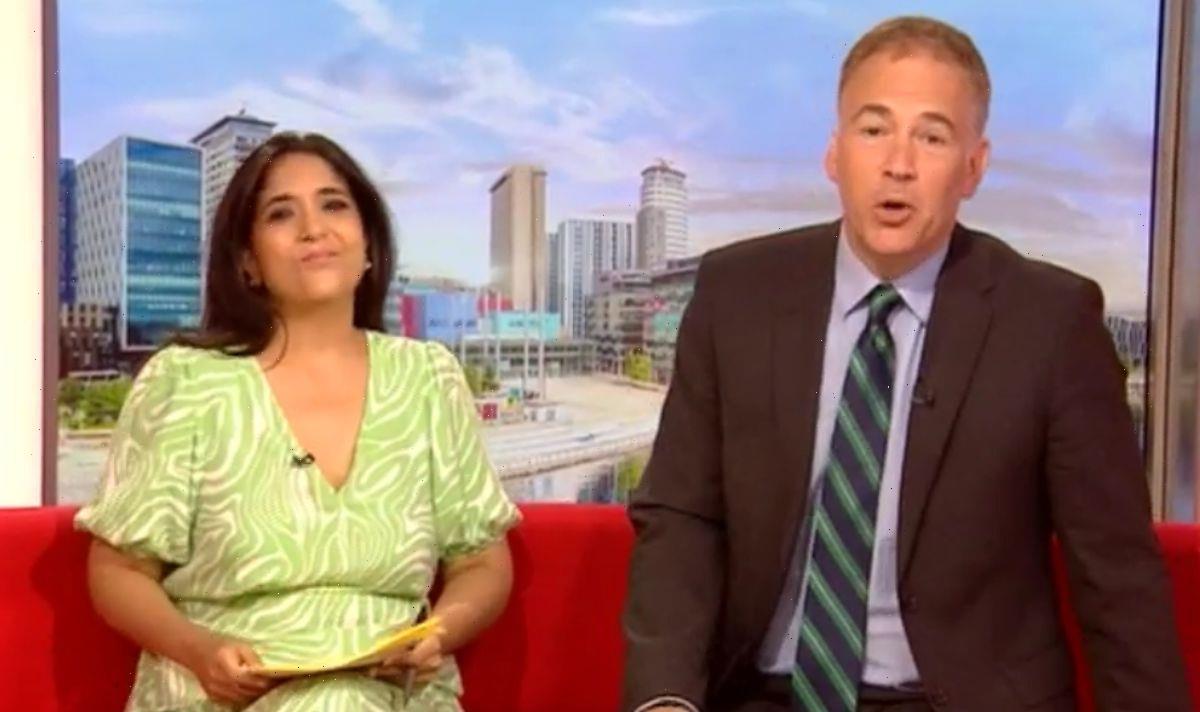 Roger Johnson and Sima Kotecha were back on Sunday to host the latest instalment of BBC Breakfast. Mike Bushell was in Birmingham once again to give the latest Commonwealth Games coverage. However, during the pre-recorded travel segment, the BBC programme was pulled offline due to technical issues.

Roger and Sima both shared the off-screen moment on their social media accounts.

In view of his Twitter followers, Roger shared an image of BBC staff trying to fix their computers.

He explained while the pre-recorded travel segment was playing, the hosts were pulled offline.

He penned: “Running repairs to @BBCBreakfast computers … while you’re enjoying The Travel Show! Back online for 7am.” 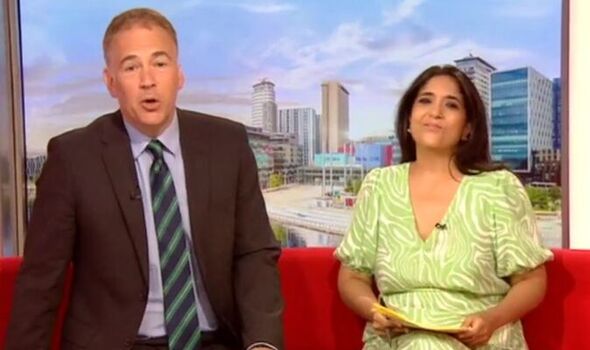 When asked whether he’d split coffee over the computer, Roger confirmed what had actually happened.

He later added: “In truth, the makeshift mini music stand, which holds the screen, collapsed!”

Posting a picture of the pair, and the BBC crew trying to solve the technical issue, Sima wrote: “Lovely to be back with @RogerJ_01…it’s been a while.

“And thanks to these lads for their last-minute DIY after laptop collapse – eek!@BBCBreakfast.”

Sima regularly stands in for the main presenters on BBC Breakfast, and viewers were thrilled to see the host back on the red sofa.