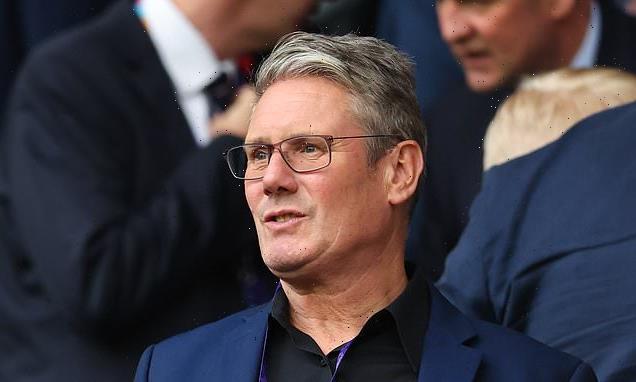 The first day of a new job is always awkward, but can you top this toe-curling scenario?

A few years ago, I began Day One as the new editor of a magazine. Among the many faces grinning nervously at their new boss, I spotted one that looked familiar, but expressionless.

It took less than a tenth of a second for me to start to smile in recognition, excited to see someone I knew from… somewhere. I couldn’t initially quite put my finger on who they were… until a horrifying realisation.

Oh. Dear. God. She was the wife of a man who, in a previous job, I had ‘let go’. I felt as if I’d been touched by Elsa, the princess from Frozen whose fingers turn everything to ice.

I felt the colour drain from my face as I managed to stammer out: ‘Oh. Hi.’ 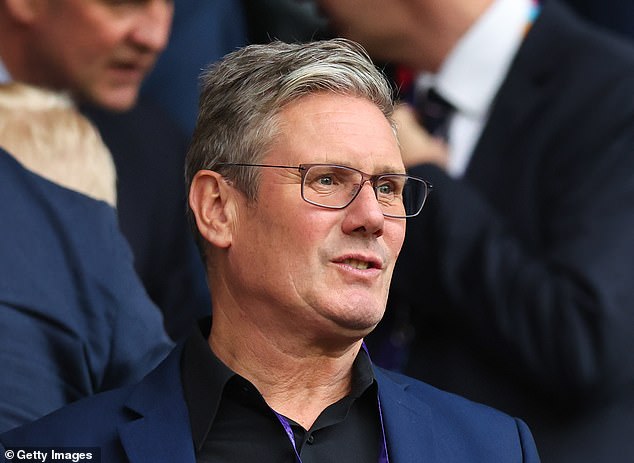 The reason I relate this story is because something tells me that Angela Rayner won’t be playing it so cool with her boss Sir Keir Starmer after he sacked her partner, fellow Labour MP Sam Tarry, from the Opposition’s front bench for defying warnings not to join picket lines

Usually we can start a new job and enjoy a few weeks before anyone gets to know the real us and, perhaps, decide they don’t like us. But it’s pretty safe to assume this woman already had some ‘views’.

To her credit, she was never anything but friendly and professional with me. She may have genuinely wished me no ill-will, or – more likely – realised that killing me with kindness was more powerful than hissing at the sight of me.

The nicer she was, the more I wanted to die and I wanted to exit my own body any time it was just us two in the lift.

The reason I relate this story is because something tells me that Angela Rayner won’t be playing it so cool with her boss Sir Keir Starmer after he sacked her partner, fellow Labour MP Sam Tarry, from the Opposition’s front bench for defying warnings not to join picket lines.

I recommend Sir Keir sticks to stairwells, rather than lifts, in future.

Men should heed roar of Lionesses

You could have knocked me down with a feather on Tuesday night when I spotted on my phone that several male friends were filling our WhatsApp group with chat about our ‘Lionesses’.

This was unprecedented. They were bursting with effusive praise while watching the England women’s football team.

My friend Bobby’s comment summed up the mood: ‘There’s no rolling about or arguing from the players. It’s just a pleasure to watch. Men have something to learn – how to play the game.’ 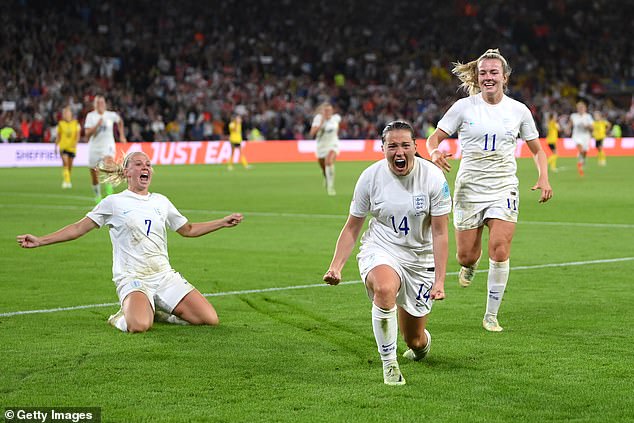 Vanessa will have last laugh on BBC

Last weekend I was invited to be a guest speaker at a festival organised and hosted by the TV presenter Ruth Langsford.

It was two days of chats about everything: fashion, beauty, fitness and general life advice for us women of a certain age.

It was a delightful two days, but the show-stopping highlight was Vanessa Feltz making the crowds in London’s Billingsgate Hall cry laughing as she shared her hard-won wisdom about making lemonade from life’s lemons: in her case courtesy of the ex-husband who upended their marriage and broke her heart by having an affair.

It was a blend of sass, self-deprecation, inspiration and a healthy dose of well-timed filth that nearly gave the poor sign-language interpreter a heart attack.

Rarely have I seen someone hold a crowd so spellbound with such unrehearsed charm and hilarity. Vanessa has since broken a few million hearts with her shock announcement that she’s leaving her two BBC radio shows after more than 20 years.

From what I saw, the BBC’s loss could well turn out to be stand-up comedy’s biggest gain.

Never mess with the evil emu

Hot on the hideous heels of one emu that has become a social- media sensation for stealing the spotlight on her owner’s TikTok videos, another emu has made the headlines.

When a man smashed a car into a shop window in Malmesbury, Wiltshire, he tried to flee the scene but was chased, in vain, by a local chef.

It seemed the driver might evade capture, but events took an unexpected turn when he was unlucky to cross paths with a mother emu.

Fearing for her young, she pecked and kicked him into submission and he was finally apprehended.

Hilarious yes, but, as an Australian, I can tell you that any confrontation with an emu is a genuine horror story.

Invariably, this would mean pecking food out of your hands and mouth, shoving their beaky little faces into handbags, or down your top or trying to peck the eyes out of your head. Violently. All the while kicking at you with those reptilian, clawed feet.

Ruthless and freakishly strong, they’re feathered, dead-eyed terrorists. We should be very thankful that they cannot fly.

Now some sexy news, and the discovery by scientists that our modern-day herpes virus originated in the Bronze Age.

Apparently, our 2022 cold sores first appeared as far back as 5,000 years ago, due to a mass migration of Eurasians who introduced their European cousins to the practice we now know as snogging.

Here’s my question: how did kissing – with tongues – take off in an age before dental hygiene?

Never mind sweet 16 and never been kissed, I would have sat it out for a lifetime.