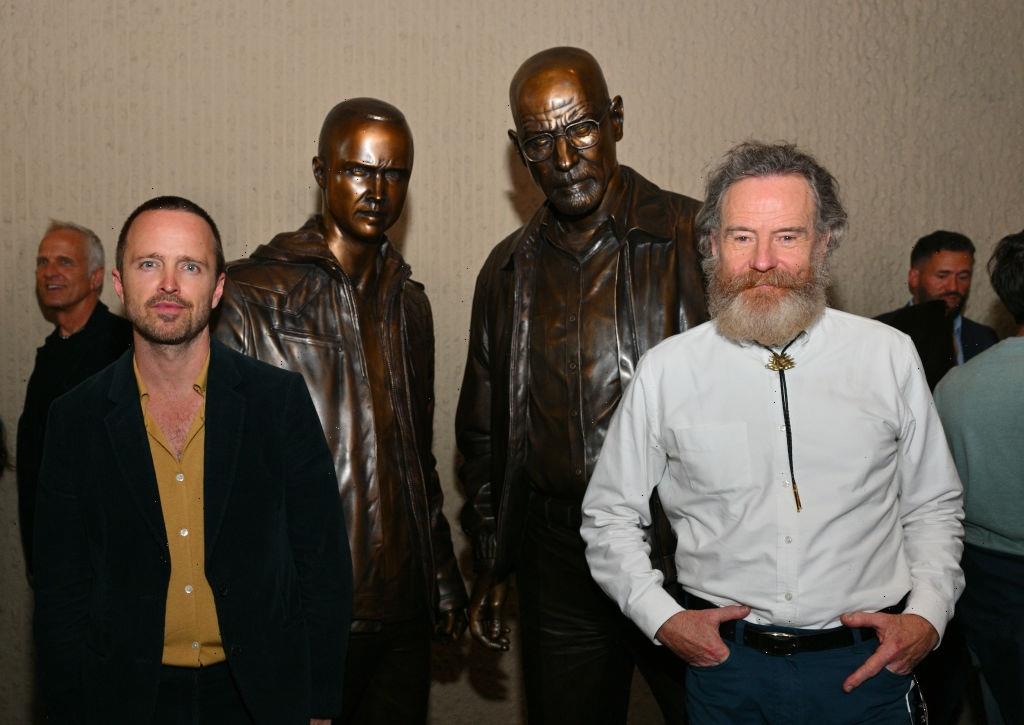 The city of Albuquerque paid tribute to its most infamous (fictional) meth manufacturers Friday with the unveiling of a statue dedicated to Breaking Bad.

Actors Bryan Cranston and Aaron Paul, who played Walter White and Jesse Pinkman on the acclaimed series, along with Breaking Bad creator Vince Gilligan were on hand at Albuquerque Convention Center for the ceremony.

The bronze statue — which was commissioned by Sony Pictures Television, and not New Mexico taxpayers’ money — captures White in his “Heisenberg” stance alongside his protege Pinkman.

“No doubt some folks are going to say, ‘Wow, just what our city needed.’ And I get that,” Gilligan said at the ceremony. “I see two of the finest actors America has ever produced. I see them, in character, as two larger-than-life tragic figures, cautionary tales.”

Joining the Breaking Bad crew at the unveiling was Albuquerque Mayor Tim Keller, who said the statue was less a celebration of methamphetamine dealers in the addiction-ravaged city and more a symbol of New Mexico’s burgeoning film and television industry, which he dubbed “Tamale-wood,” the Associated Press reports.

“While the stories might be fictional … jobs are real every single day,” Keller said. “The city is also a character. … We see ourselves in so many ways, good and bad.”