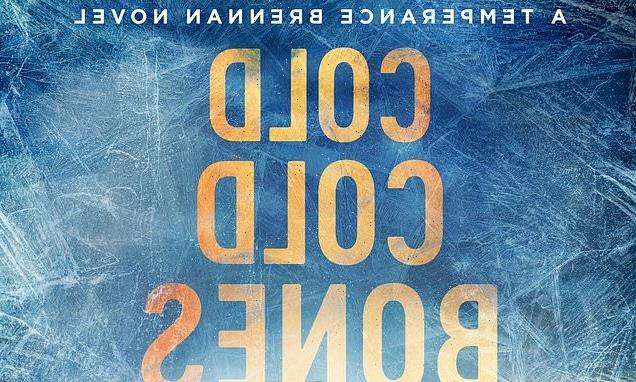 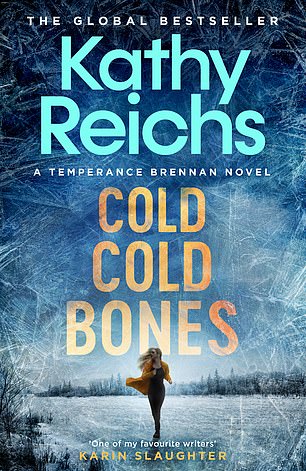 Since her debut in 1997, Reichs has written 21 stories featuring forensic anthropologist Tempe Brennan, who works in North Carolina.

Each of them has been a best-seller, but this 22nd outing deserves to be called her masterpiece.

It opens with the discovery of a fresh human eyeball in a box on Brennan’s doorstep. Into the eye are carved — with minute precision — exact geographical co-ordinates which lead to the discovery of human remains at a Benedictine Monastery.

Not long afterwards, she discovers a mummified corpse in a local park.

On the surface there is no connection between these remains, but gradually one emerges, as does the threat to Brennan’s daughter Katy, recently returned from service in the U.S. Army.

With the help of retired detective ‘Skinny’ Sidell, her acid-tongued partner, Brennan realises that the killer is staging re-enactments of her old cases — targeting her specifically. Superbly constructed, it grips like a python all the way to a bone-shaking denouement.

Set in Marshall, a small town in Texas, this first novel from screenwriter Hartstone is the finest legal thriller debut since Scott Turow’s Presumed Innocent in 1987.

James Euchre makes a comfortable living as the local attorney to the big firms who come to town to contest major patent cases. His friend and mentor, the judge, has made his court the one place where juries are not afraid to penalise big companies.

But then one of Euchre’s clients loses his temper and threatens to kill the judge.

Only hours later, the judge turns up dead in the court car park, and James finds himself the lead defence attorney in a murder case that could end in the death penalty, defending a man who may have killed his friend.

Twist follows twist as the serpentine plot unfolds. Do not miss it. 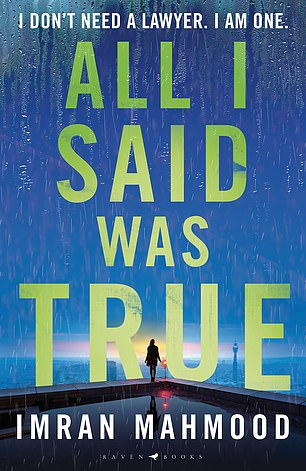 ALL I SAID WAS TRUE

When a young woman is murdered on the roof of a London office block, lawyer Layla Mahoney is not only present, she is also cradling the body.

But when the police arrive, Layla tells them they need to find a man called Michael.

So begins this delicate and engaging mystery told in flashbacks between Layla’s police interrogation and the events that led up to the killing. It charts her interaction with Michael, who slips into and out of her life like a ghost, while she knows almost nothing about him.

At the same time she is gripped with paranoia about the possibility of her husband having an affair with her best friend, as well as grappling with her increasingly demented mother.

Offering powerful insight into Layla’s tortured mind, while also revealing parts of the mystery like a set of Russian dolls, each one concealing another, it underlines barrister Mahmood’s considerable talents as a crime writer.